Push from Oliver Agency includes billboards that appear to be incomplete

The Guardian is celebrating its 200th anniversary in a new outdoor and digital campaign promoting the publication as a "work in progress since 1821."

The campaign, by Oliver Agency, includes an extensive billboard push. Spanning 230 U.K. locations, the ads feature the Guardian’s recognizable typography and celebrate its independent ownership and challenger voice. Some of the outdoors illustrate the "work in progress" theme in the form of unfinished billboards, while others feature copy such as "Reader funded not billionaire backed" and "The cat among the pigeons."

Three films, created via Independent Films, explore the idea of progress as it relates to key news topics such as the environment and privacy. They feature voiceovers of the late author Ursula K. Le Guin; former Observer journalist, Alan Ross and poet and author Salena Godden, set against footage reflecting some of the dominant stories of both the 20th century and today. The images highlight contemporary stories that the Guardian has broken or campaigned about, such as the Cambridge Analytica scandal and the rise of Greta Thunberg. 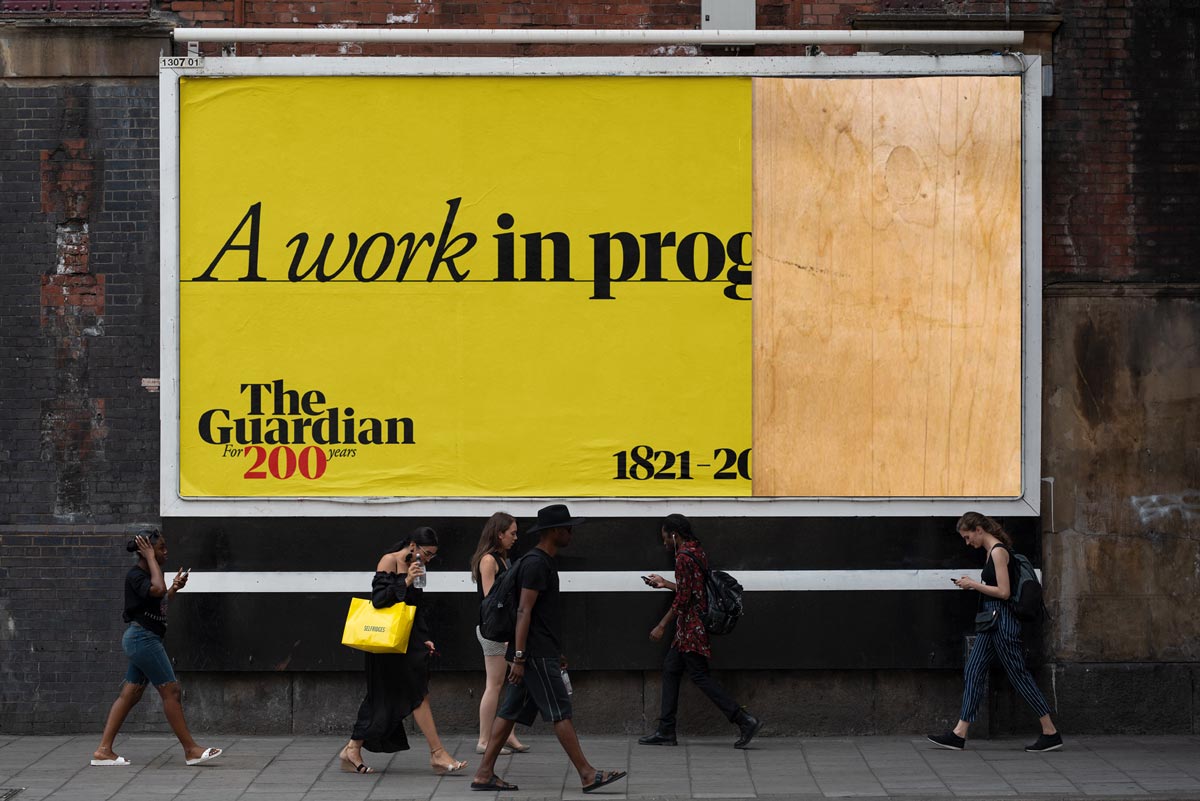 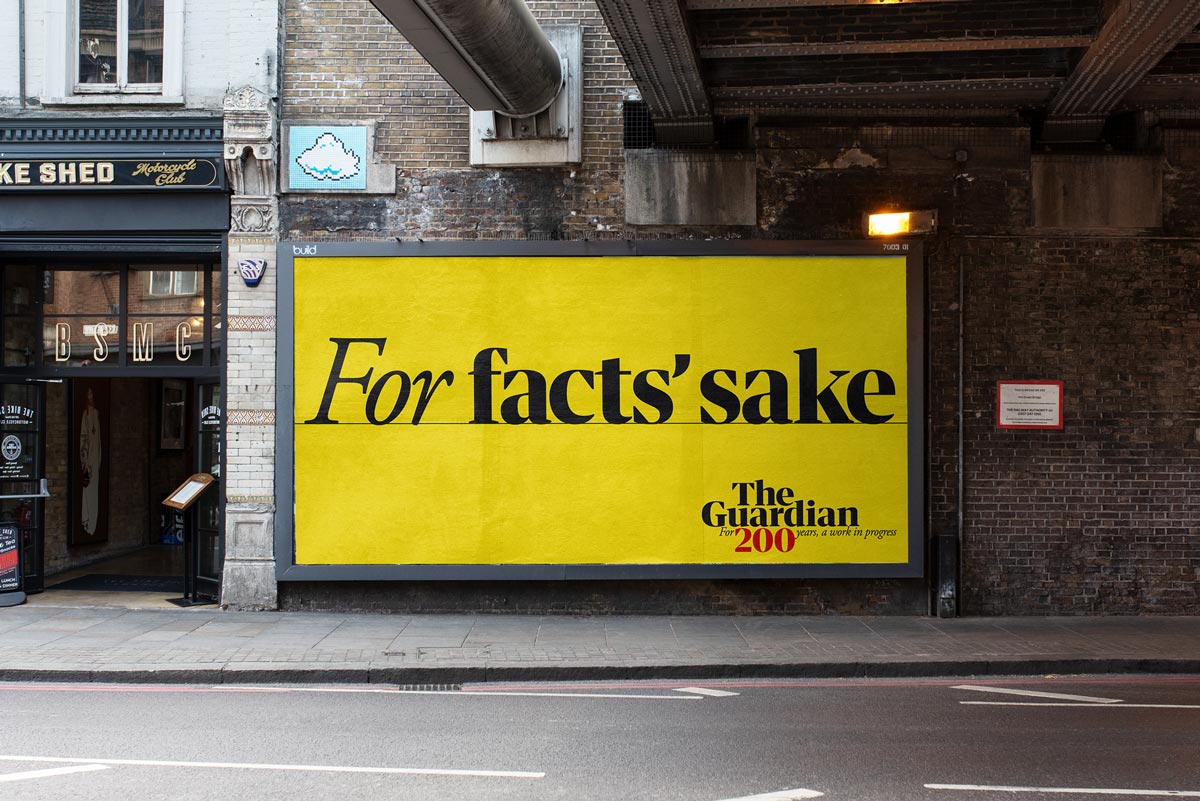 The Guardian: A trapped butterfly symbolizes hope in the Guardian's first brand campaign in seven years

The Guardian: The Guardian Communicates Its New Tabloid Size in a Campaign About 'Space'