Innocent, the Coca-Cola-owned smoothie brand, aims to show that environmental awareness needn't be a chore in a cute animated spot from Mother London.

Running across European markets, the ad starts out with a group of characters on a boat singing about how we're "messing up the planet" with all our polluting activity. However, they're so busy singing about their "impending doom" they don't see a giant waterfall ahead, until they are warned by a level-headed otter, who asks "what are we doing?"

The otter and his ukelele go on to take charge of the song, turning it into a story of how instead we can "fix up the planet" by reusing and recycling, eating natural foods and looking after nature. The director is Alex Grigg at Blink, with the charming artwork by artist and illustrator Matt Blease.

It's part of a wider campaign that will include outdoor ads highlighting some of the ways in which Innocent is helping on the sustainability front, including biodiversity initiatives, giving 10% of profits to charity to help combat world hunger and committing to be fully carbon neutral before 2030. The "little drinks, big dreams" tagline is part of a new visual identity for the brand, shown on packaging in the ad.

“This year is shaping up to be a major opportunity for UK businesses to look beyond the pandemic towards the sort of world we want for ourselves and future generations, said Douglas Lamont, CEO of Innocent Drinks, in a statement. "Innocent is determined to play its part in that conversation." 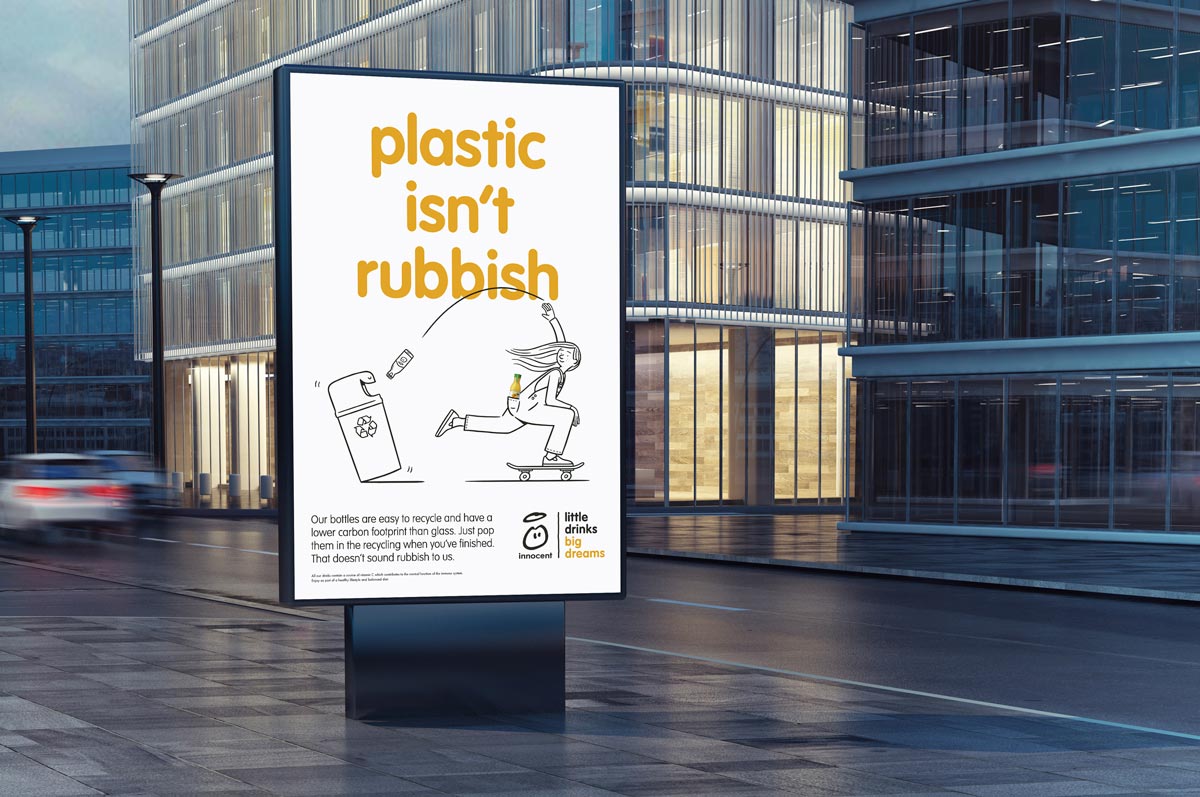 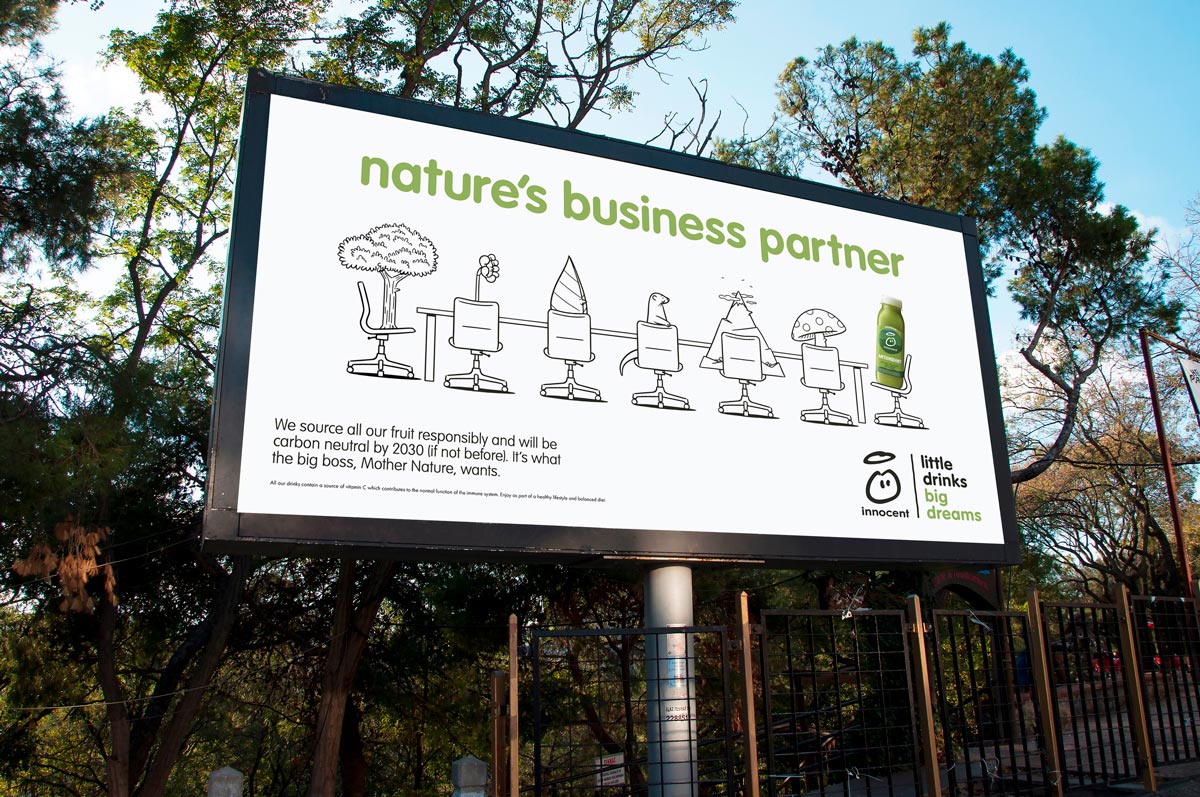 Innocent: If You Don't Drink Innocent, An Alpaca Could Wreak Mass Destruction in Peru