Sports retail chain Intersport is putting local sporting heroes, rather than famous athletes, at the heart of its first ever global campaign.

Created by Amsterdam-based agency We Are Pi, which won the account in 2019, the campaign kicks off with a series of films titled “Wherever you take training,” and comes as Intersport establishes a wider brand platform called “Heart of Sport.”

The films tell the stories of people from local communities who have found their places in sport, such as Scotland’s strongest woman Emma-Jane Smith and inner city London community champion Foysol Miah, who trains kids at a gym​ made from upcycled melted-down knives. Two further films coming out in February will tell the story of two German runners who are taking the sport to unexpected levels and locations.

“The Heart of Sport doesn’t lie in corporate boxes or champagne-sponsored receptions, but in the neighborhood streets people run on and the forgotten warehouses they train in,” said Barney Hobson, executive creative director at We Are Pi, in a statement.

The aim is to boost sport in local communities and underline Intersport's commitment to grassroots sport. This follows research by Intersport among 1600 European customers that shows that 66% of people say they still haven’t found their place in sport, with 88% saying that they don’t see themselves as athletes.

We Are Pi produced the films with Berlin-based director duo I Am Here. They will run across Europe, China and Australia, with media including TV, online, social, digital, OOH, print and in-store. 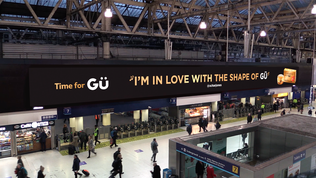 Agency:
We Are Pi