Libresse is turning its attention to endometriosis in its latest attempt to demystify the conversations around menstruation, in an Instagram-led campaign that includes creating a "pain dictionary" and "pain museum" dedicated to portraying women's experiences of pain.

The #painstories campaign, the latest from the Essity-owned brand's agency AMV BBDO, is a follow-up to the brand's Womb Stories campaign from 2020, which touched on endometrial pain with examples of people's personal stories gleaned from a crowdsourced "listening project."

Now it delves further into the topic to highlight the fact that, despite one in 10 women suffering from the condition, endometriosis takes on average 7.5 years to diagnose. In addition, many people find it difficult to define their pain on a numerical "1-10" scale, as they are sometimes asked by health professionals.

AMV therefore created a Pain Dictionary, which aims to create both a "verbal and visual language" for endometriosis pain. It takes the descriptions of pain from sufferers and illustrates them in visceral ways—for example, one person describes their pain as "like a rabid goat repeatedly jumping on my abdomen." Another describes theirs as "like my womb is throwing out tendrils to colonize the rest of my body with its cramping." 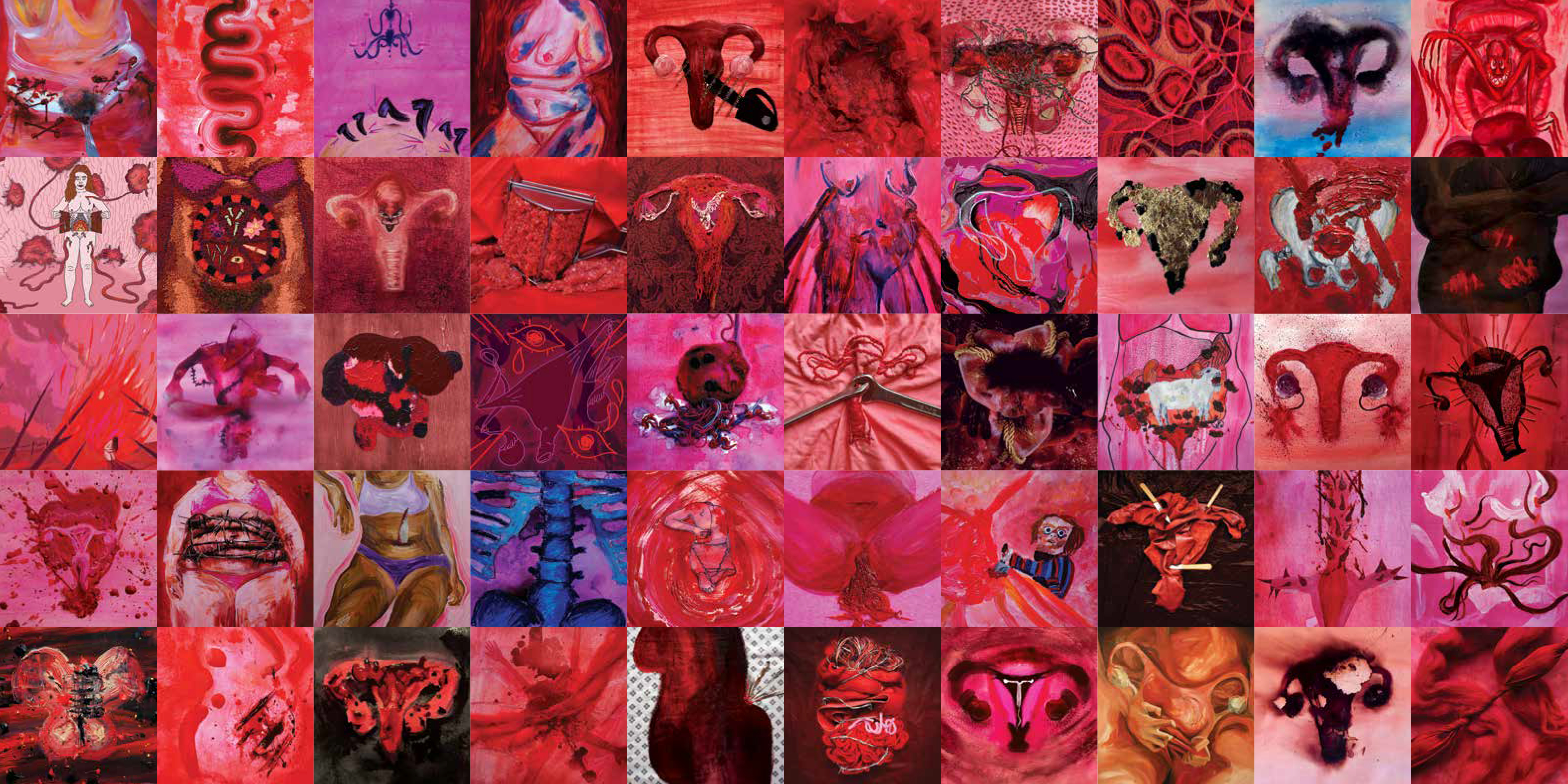 Contributors include illustrator Venus Libido and textile artist Ellie Pearce, both of whom suffer from endometriosis. The creative team on the project, Copywriter Augustine Cerf and Art Director Lauren Peters, "trawled though Instagram" to find contributors among the micro-influencers of the endometriosis community. "We tried as hard as we could to get artists who suffered from endometriosis so that they could use their own definitions," says Peters. 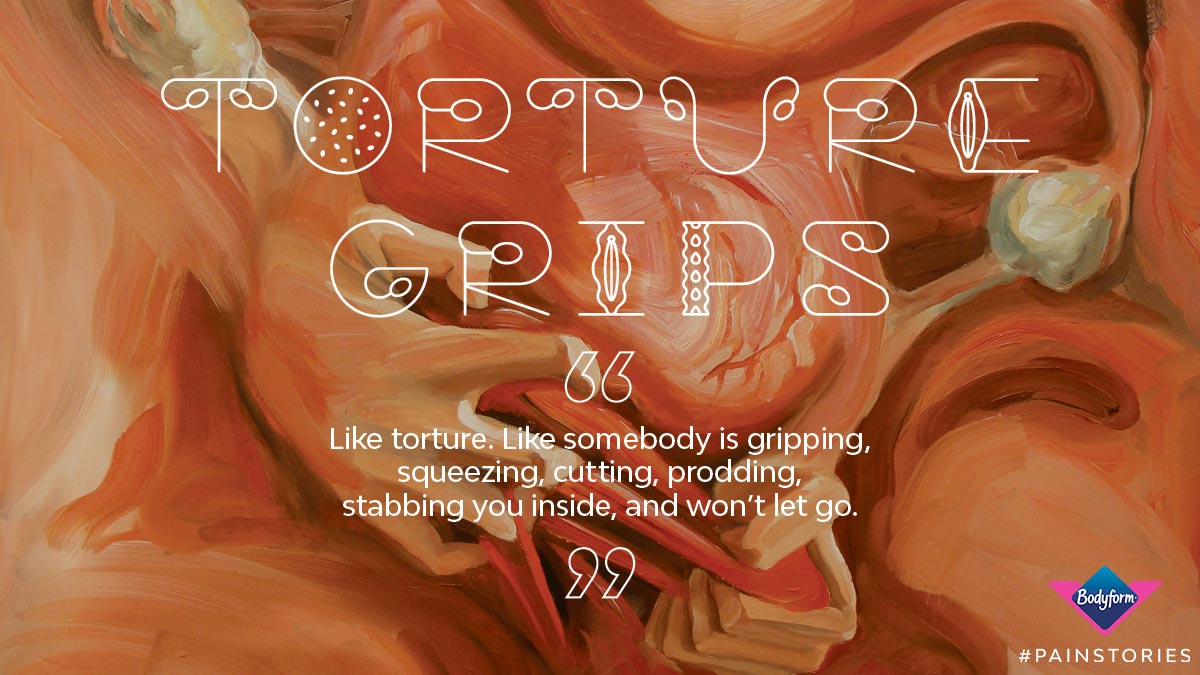 "The horror and visceral nature of that pain is so important in this visualization," adds AMV Executive Creative Director Nadja Lossgott. "You really feel the person behind it."

The Pain Dictionary is available on the brand's Instagram Stories highlights, both as an Insta-book, where the definitions are visualized in animations, and as static and animated in-feed posts. An e-book is also available for download, and hard copies will be distributed to doctors, charities and influencers.

Libresse's Pain Stories website also houses a virtual experience, the Pain Museum, created via Ketchum PR. There, visitors can explore some of the artwork, plus facts and statistics about period pain and video content including the personal stories of women who have suffered from endometriosis. They include that of broadcaster and campaigner Lauren Mahon, who shares her own account of suffering severe endometriosis in her 20s. 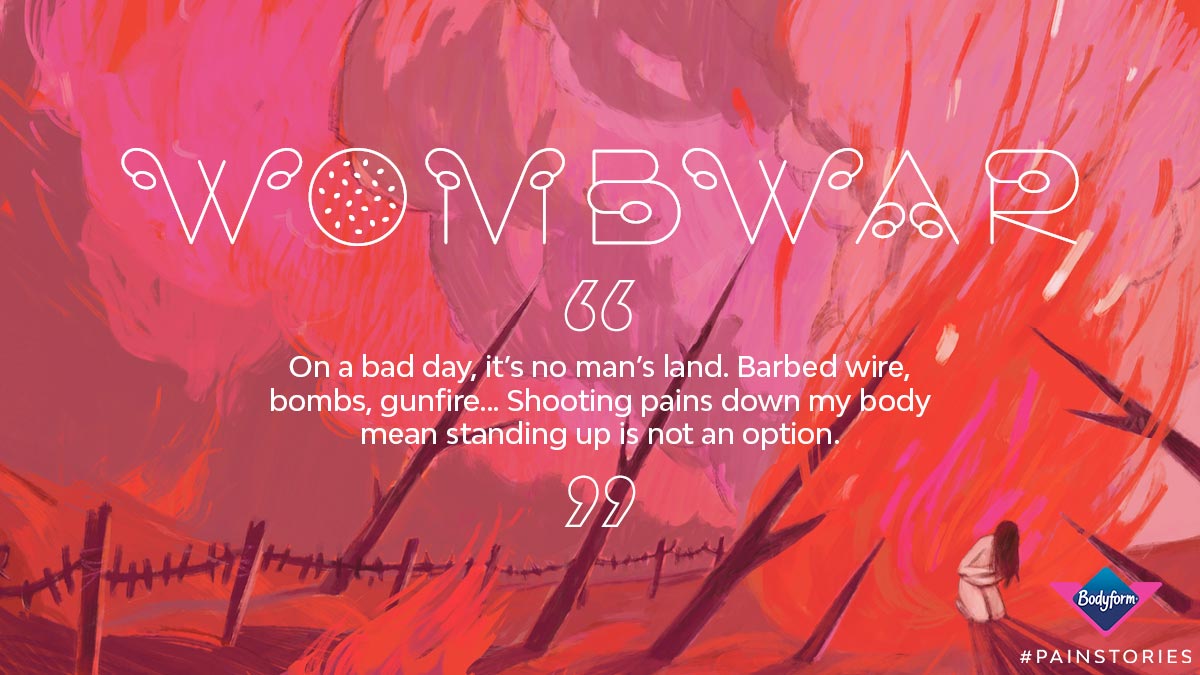 The aim is that women will share their own "pain stories" on social media so that Libresse can expand both the pain museum and the Pain Dictionary. "The social element is incredibly important," says Peters. "The biggest community is online and it felt like the right space to initiate the project."

It's the latest expansion of Libresse's work aiming to open up the conversation around menstruation. The brand, known as Bodyform in the U.K., won the Glass Lion Grand Prix at Cannes for BloodNormal, the first feminine product film to graphically depict blood and periods, in 2018. Its follow-up, Viva La Vulva, also garnered multiple awards and nominations.

“Women have been putting up with excruciating pain for years. Due to outdated taboos, women’s pain is systematically overlooked, and they are too often dismissed, ignored and misdiagnosed," said Tanja Grubner, FemCare global marketing & communications director at Essity, in a statement. "We hope to overcome the culture of silence that holds women back–in this case, from proper diagnosis and treatment." 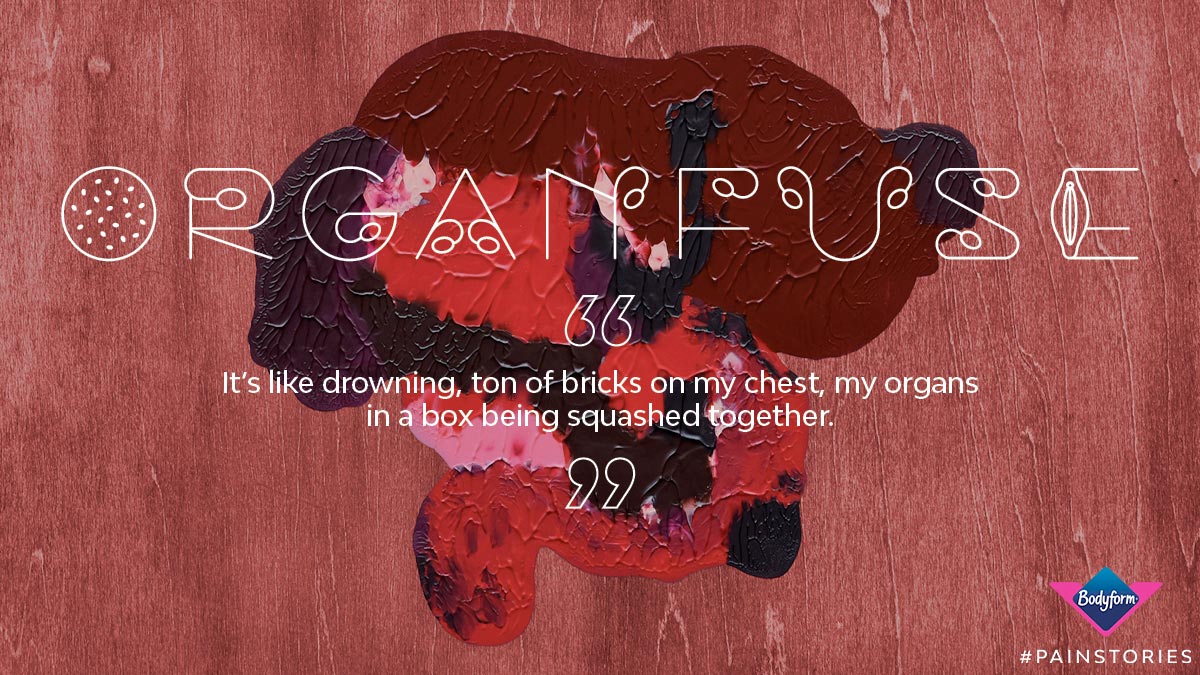 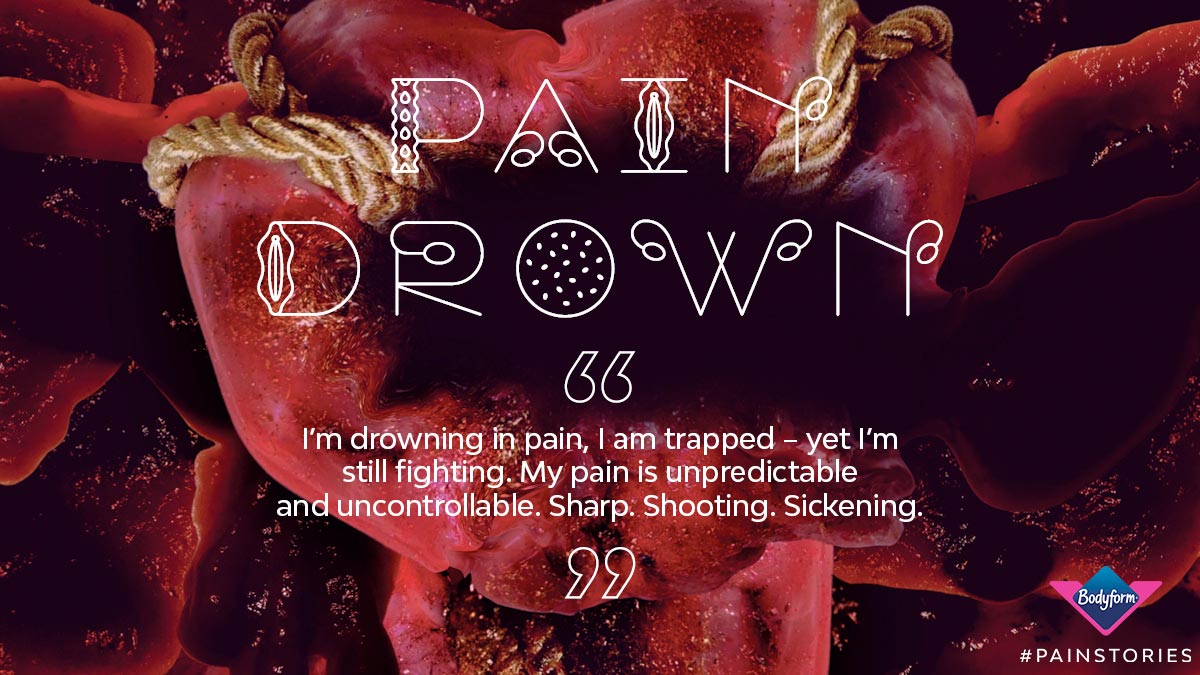