This ad shows how the eco-conscious can avoid 'flight shame'

Many brands have offered advice on how to live more sustainably, from Tide’s campaign for using cold water for laundry to Ikea’s guides for upcycling old furniture. But few have had solutions for one major carbon footprint contributor: flying. To help those traveling the U.K.’s east coast make informed decisions, agency Mother’s first work for a new all-electric alternative warns against overcompensating for “flight shame.”

Lumo, an all-electric train with service from London to Edinburgh, debuted a new spot (above) that tells the story of a woman who goes to absurd extremes to offset the environmental damage from her last flight. She starts by buying a ridiculous number of houseplants, taking up so much space that there’s no room left for her. Next, she stops showering, her stench sending her coworkers diving out windows. Then, she trades her car for a donkey and cancels her home electricity. In a final act of desperation, she joins a commune that eerily resembles the murderous variety from Ari Aster’s film “Midsommar.”

She jolts awake from the nightmare, luckily finding herself aboard a Lumo train, which has one-sixth the carbon footprint of flying the same route.

The hilarious and a little too relatable ad was directed by Tim McNaughton of The Bobbsey Twins and will run on social and across media in Greater London, Scotland and the North East of England.

The campaign also includes a series of out-of-home ads that will "ruin" your next flight. The posters and press executions call out the eco-unfriendly detriments of air travel as well as the comfort of traveling by rail. One features an extraordinarily long set of legs with the message, “Leg room with room for your legs,” and another boasts that travelers can “pack as much toothpaste as you like.” 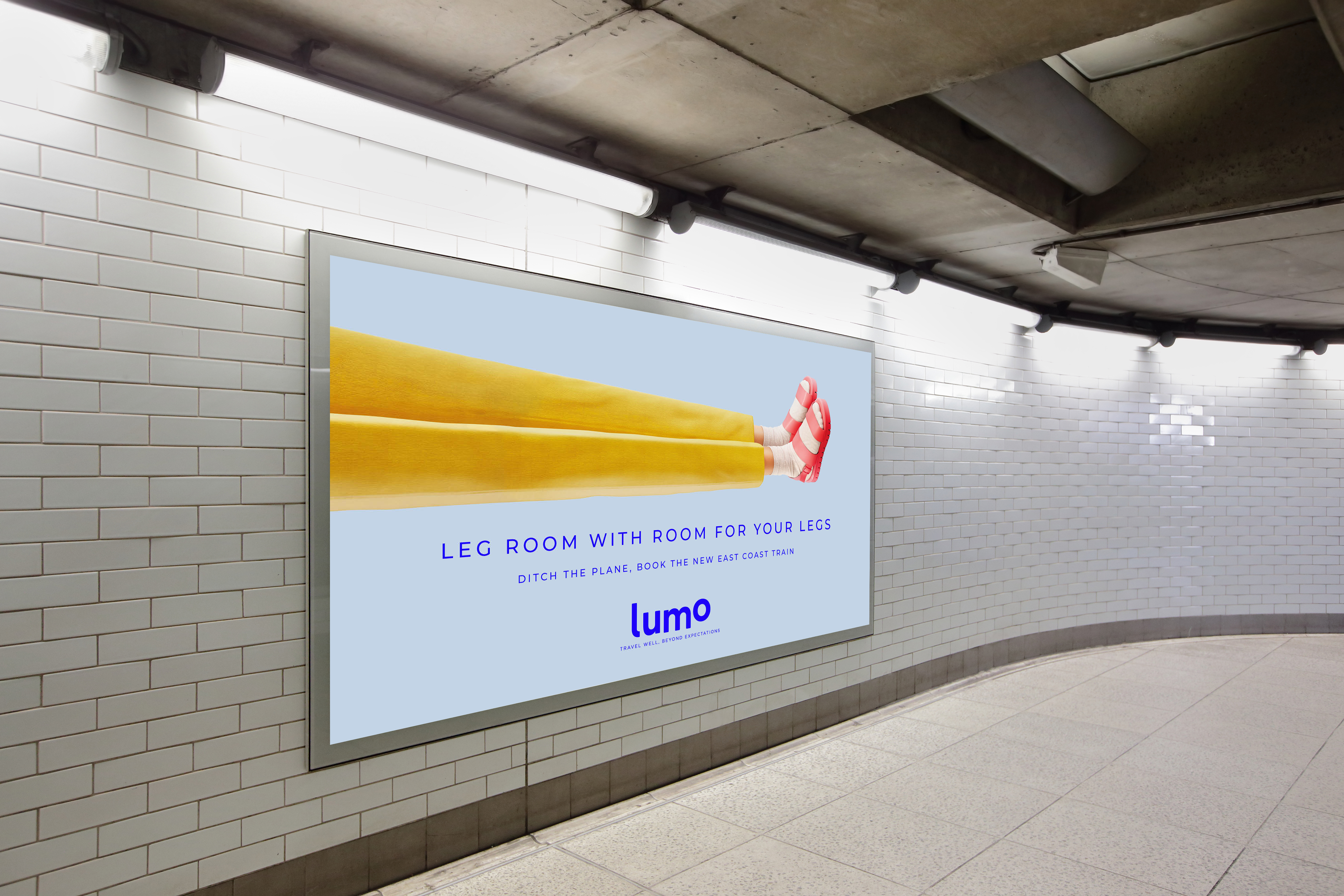 One newspaper ad decrees, “Warning: this ad might ruin your next flight,” beneath an ultra realistic image of spilled airline coffee running across the page as if the reader knocked it over from the shock of the message. At the bottom, it explains Lumo’s electric travel option with a sassy callout: “But don’t worry, there’s always next time. Have a nice flight.” 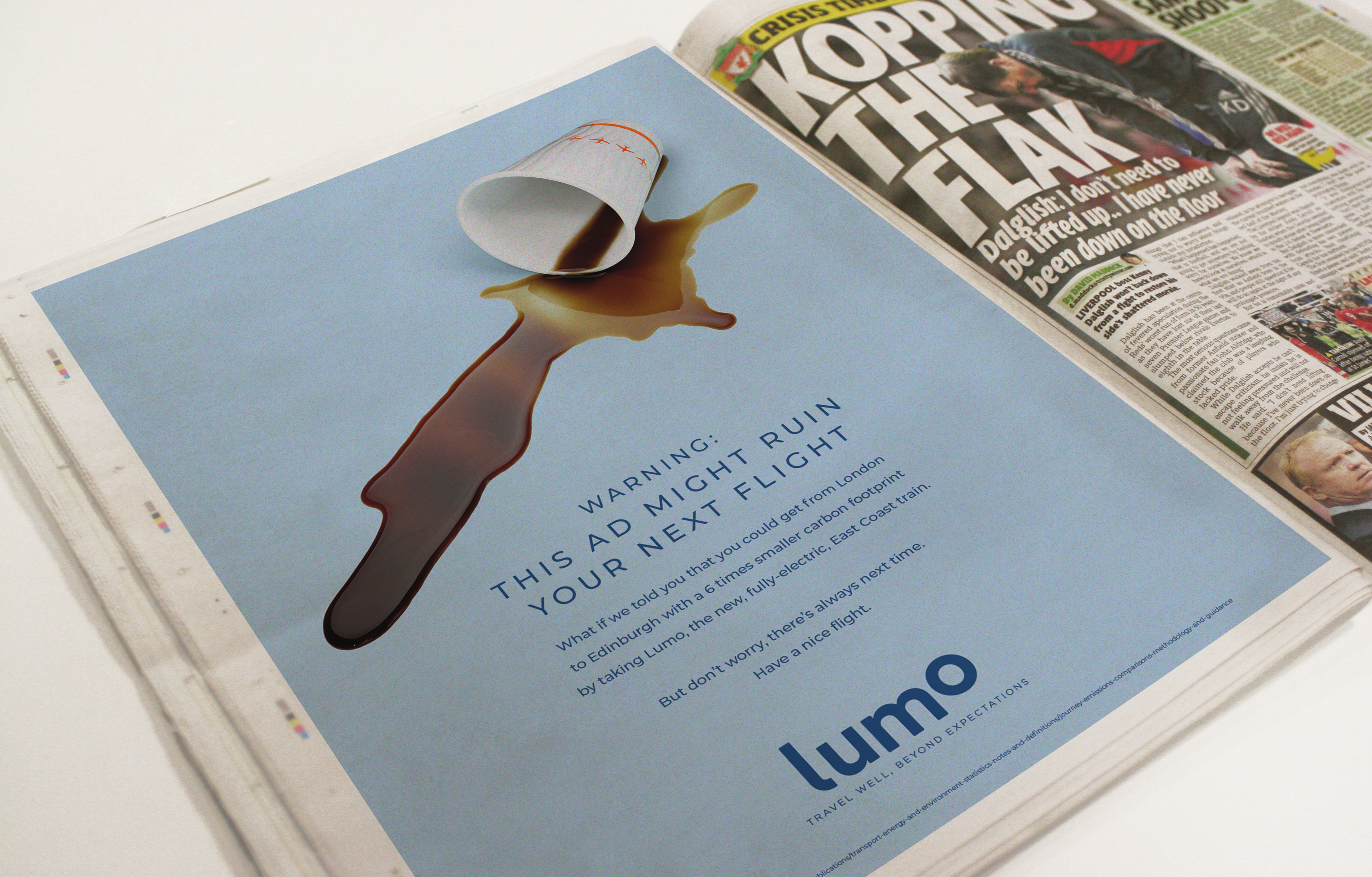 “Lumo wants to change the way people view UK long distance travel,” said Nick Hallbery, creative director at Mother, in a statement. “It’s their, and our, belief that traveling by train just makes more sense all round—and in this work we had fun bringing that fact to life.”