General Mills' Count Chocula, Boo Berry, Franken Berry, Frute Brute and Yummy Mummy are spooky season staples who return to haunt grocery shelves each fall. But this year, for Monster Cereals' 50th anniversary, the ghouls have united for the first time in one box.

The “Monster Mash” cereal combines the flavors and marshmallows of each monster in a single bowl. The colorful box features the monsters as a "supergroup" rocking out on the guitar, keys, bass, drums and tambourine to promote their cover of Bobby “Boris” Pickett’s “Monster Mash,” now streaming on Spotify and the campaign’s website.

To complement the song, the anniversary campaign also features a monster mockumentary recounting the very dramatic ups and downs of the undead rockers, the world’s most popular monster supergroup (of course, “until the pressures of the cereal lifestyle tore it all down”).

“They had it all: fame, respect, pots of gold. And they threw it all away,” says Lucky the Leprechaun morosely in the video.

The documentary asks the question: Why are the monsters reuniting now?

The answer isn’t the semicentennial, but the music. Count Chocula describes that Santa Claus has “like 80 songs,” but monsters only get one: the “Monster Mash.” Frute Brute explains it not only captured “the monster zeitgeist, but became the song of a generation.” In a cameo from a "famous person,"  Blink-182’s Travis Barker asks, “How many songs are able to call themselves a graveyard smash?”

In addition to the faux-doc, General Mills released a less sensational history of the cereals on its blog. The “Monster Mash” cereal box is available in stores now. 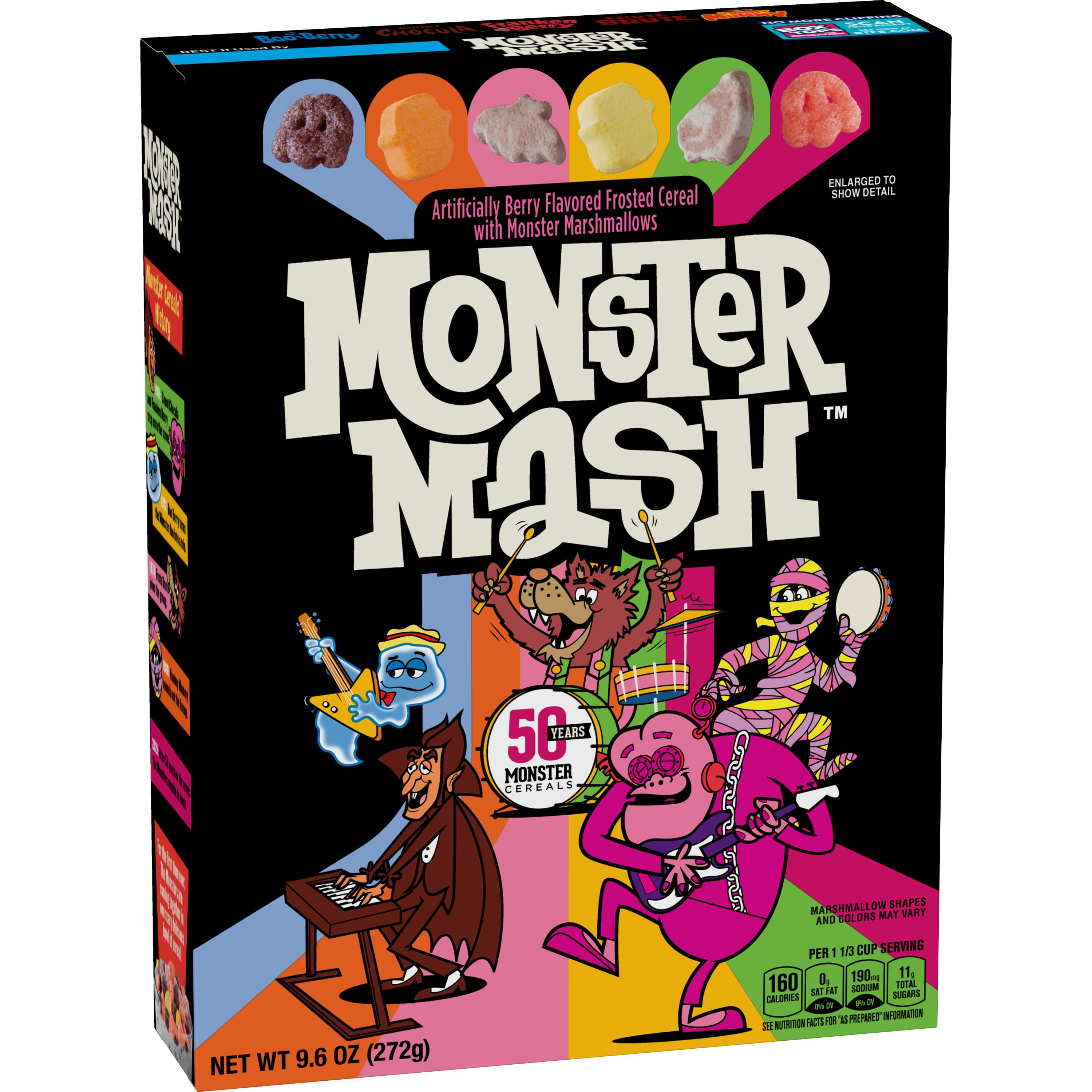