Starting today and through Martin Luther King Jr. Day on Monday, Jan. 18, the NBA begins a league-wide effort to honor the late Dr. King. During tonight’s game at 7:30 p.m. E.T. between the Brooklyn Nets and the New York Knicks, the NBA will be running a new spot, “We Must Learn,” which weaves together scenes of peaceful rights protests, including images of NBA players, leaders and coaches partaking in social justice efforts over the past year, as well as people from all walks of life joining on the basketball court. It’s all set to a soundtrack that combines soundbites of Dr. King speaking and instrumental portions of Public Enemy’s “Harder Than You Think.”

Teams playing games from Jan. 14 through MLK Day will also be wearing custom Nike MLK warm-up gear designed in collaboration with the National Basketball Players Association, the MLK Foundation and Martin Luther King III.  The shirt fronts read “Now is the time to make justice a reality for all,” words from MLK’s “I Have a Dream” speech from the Aug. 28, 1963 March on Washington, while the backs display, “Honor King” and Dr. King Jr.’s signature. The fonts used were inspired by signs carried during Dr. King Jr.’s memorial march on April 8, 1968. 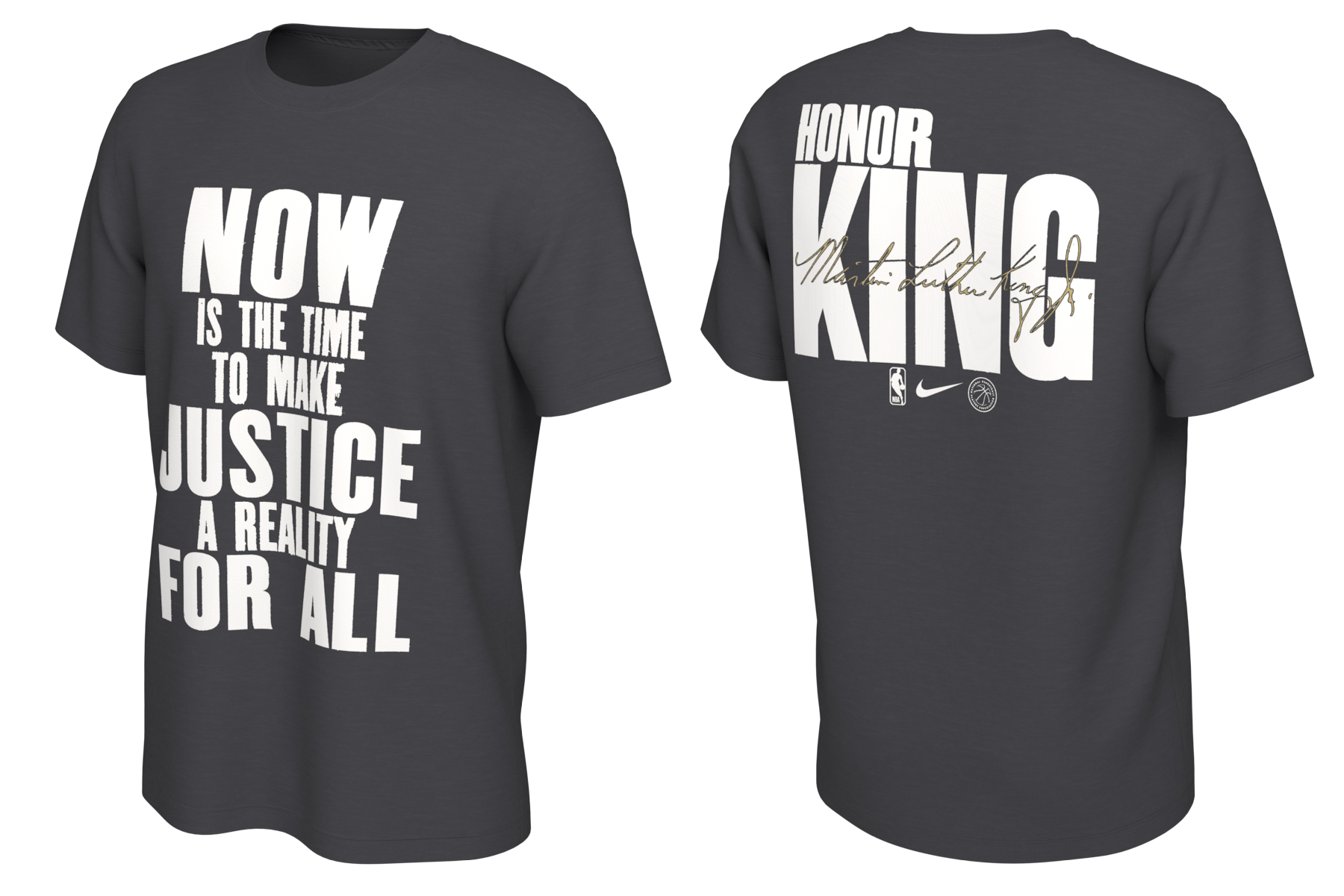 NBA: Best of 2020 No. 23: Microsoft and Michelob Ultra bring NBA fans 'courtside' in the Orlando Bubble

NBA: ESPN Spins Christmas as the Official Holiday of the NBA (With Santa's Help)

NBA: NBA : Shaquille O'Neal Larger Than Life - Behind the scenes