For our Hispanic Heritage Month Creative Excellence series, the Venezuela-born photographer recounts her experience documenting the Colombian band in their colorful, psychedelic glory

Venezuela-born photographer María José Govea’s art is visual, but it’s informed by sound and music. Both her grandfather and father had radio stations, so she grew up surrounded and fascinated by tunes. She began going to concerts at a young age and as a teenager dove into her country’s rave scene. Her creative passions then led her to Canada, where she started DJing on the electronic music scene and studying film and photography. Soon enough, she found herself documenting the world she was already part of, which led to her career as a photographer whose lens has captured acts including Diplo, Skrillex, A-Track, Arcade Fire and more. A few years ago, Jose Govea moved to L.A. and eventually expanded to commercial work, and her portfolio now also features campaigns for Goldfish, Liberty Mutual, Planet Fitness and Snyder’s of Hanover.

Saatchi & Saatchi New York Chief Creative Officer and Co-President Daniel Lobatón, guest editor for our Hispanic Heritage Month Creative Excellence series, started working with José Govea a year ago and “iimmediately fell in love with her craft. She’s toured with multiple bands as their official photographer, so she is the key partner to finding the magical moment when everything is moving around you, with a great eye for detail, but at the speed we need in this world where every shoot is also the social shoot and the broadcast shoot and the photo shoot and everything else. Maria is truly phenomenal and her work is fantastic.” 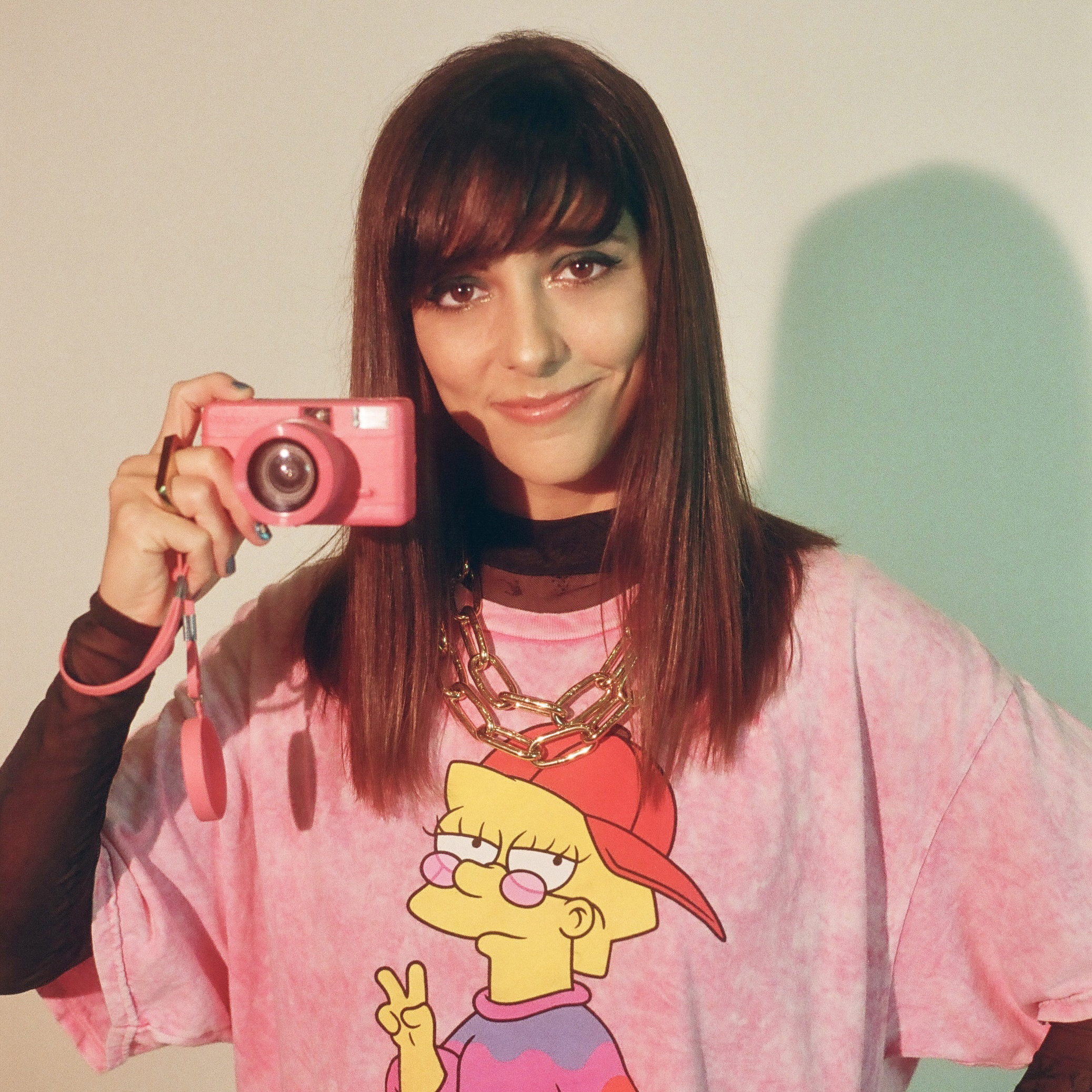 I first met Bomba Estéreo’s lead singer, Li Saumet, backstage at a venue in Mexico City. I was touring as a photographer with Arcade Fire and her band was the opening act that day. I had been a fan of them for a long time, and when I saw Li after the show, I approached her, tapped her on the shoulder and told her, “I love you!" She looked at me and to my surprise, said, “No, no, no, I love YOU.” I guess she’d been following my work too, and we became fast friends. The day after, we improvised a photo shoot around the city, and a few months later I was commissioned by the band to document their upcoming European tour. Aside from the typical coverage of the shows and behind the scenes, one of my tasks would be to follow Li and capture candid portraits of her all around Europe. Dream job for sure! 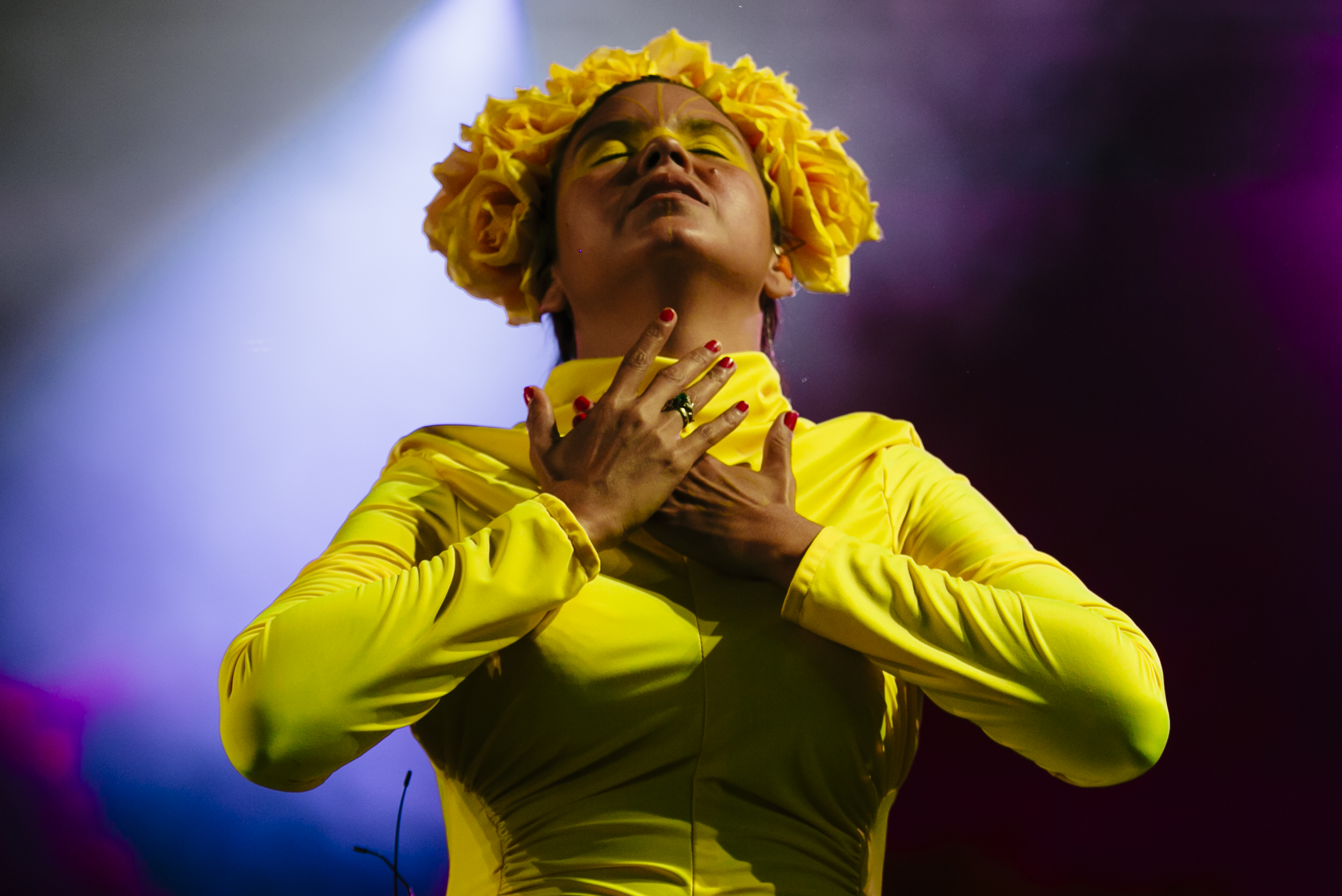 Ever since I left my country, Venezuela, in 2003, I had been feeling gradually disconnected from my latin roots. Relocating to Toronto first and more recently moving to Los Angeles, I had been mostly involved with the electronic music scene and English speaking peers, and it had been a very long time since I was so intimately involved with a group of people that felt so close to home. Bomba Estéreo are from Colombia. I’m from Venezuela. We’re neighbors, and I took that dynamic with me and approached the job from what it felt like a beautiful, sincere and comfortable vantage point. 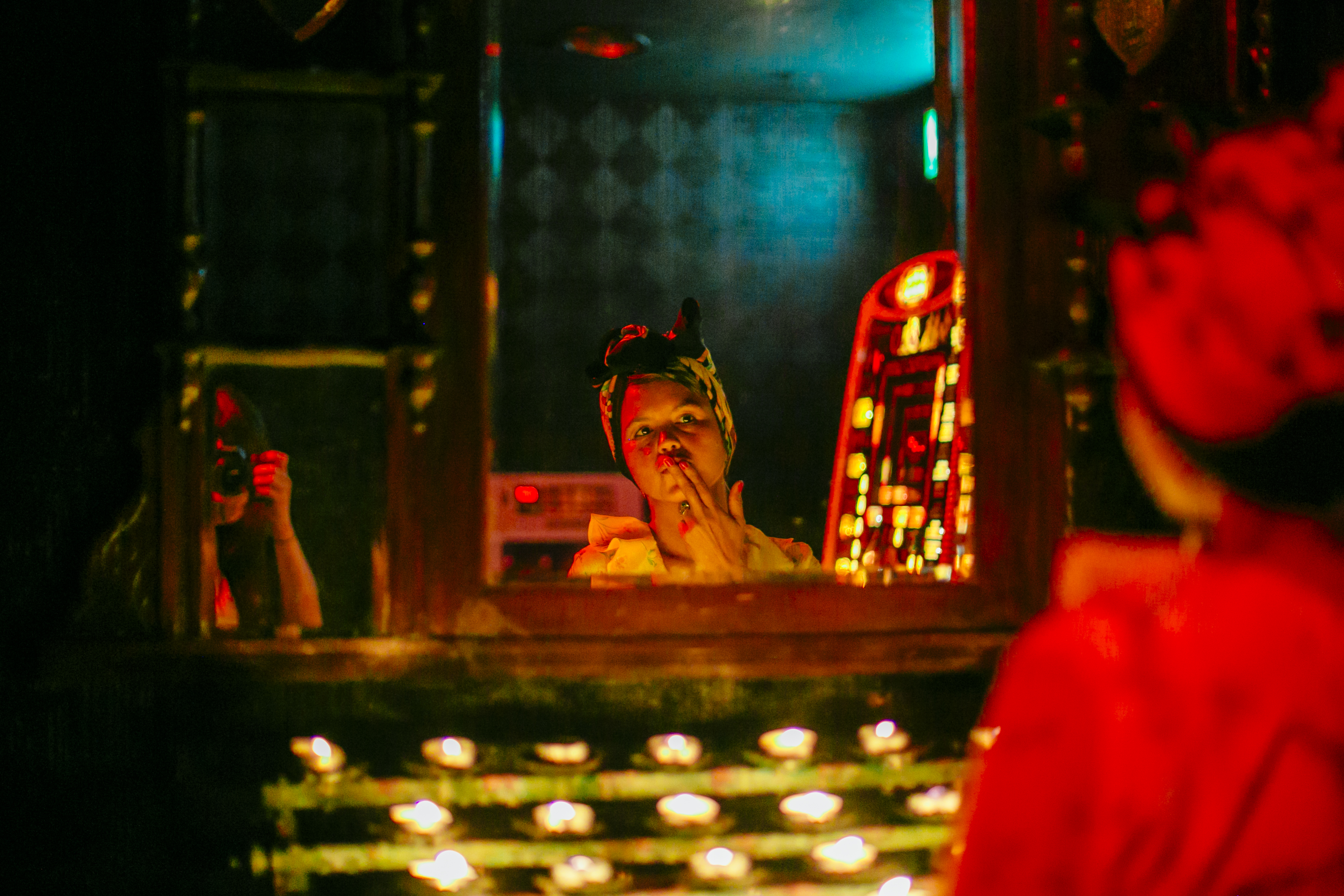 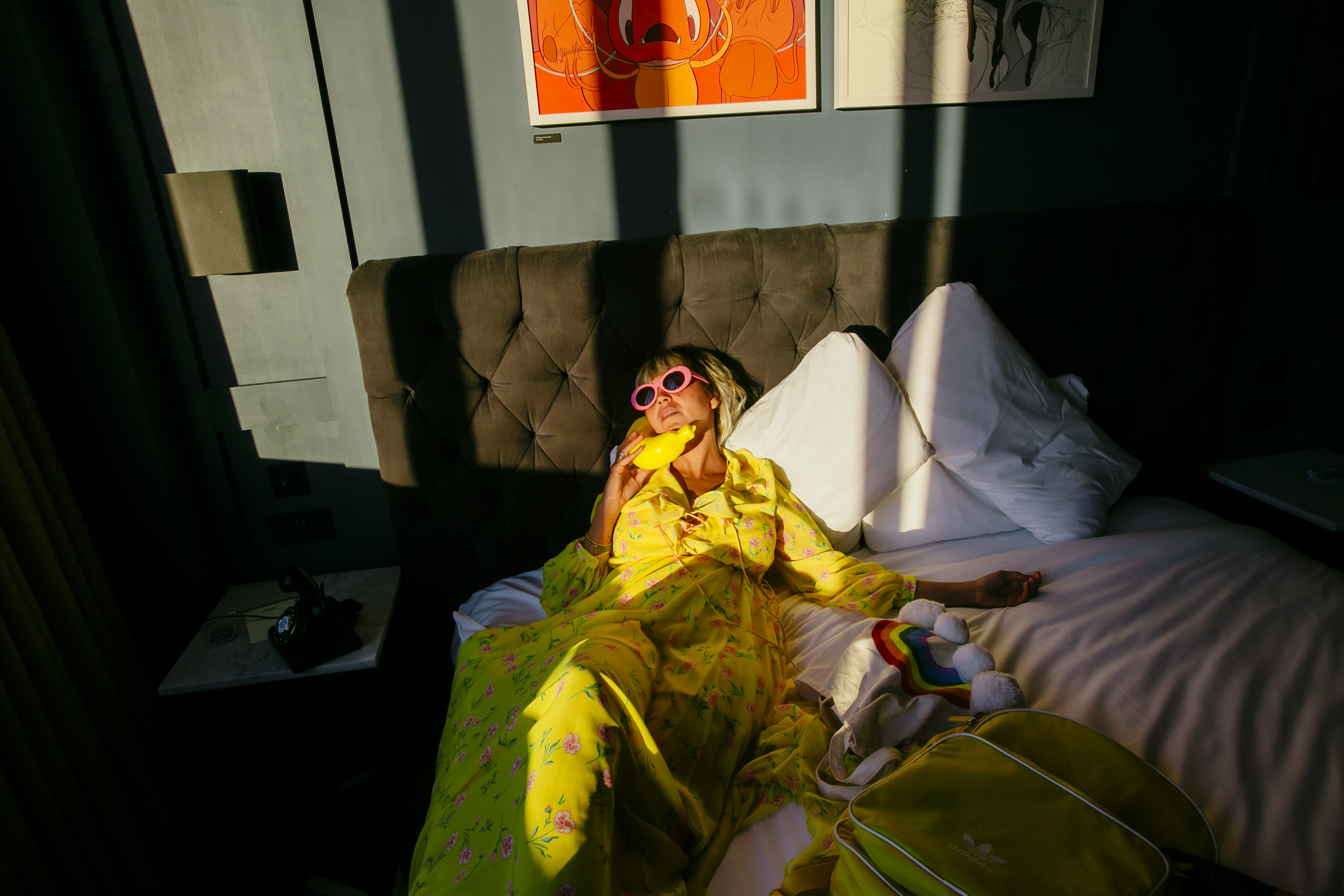 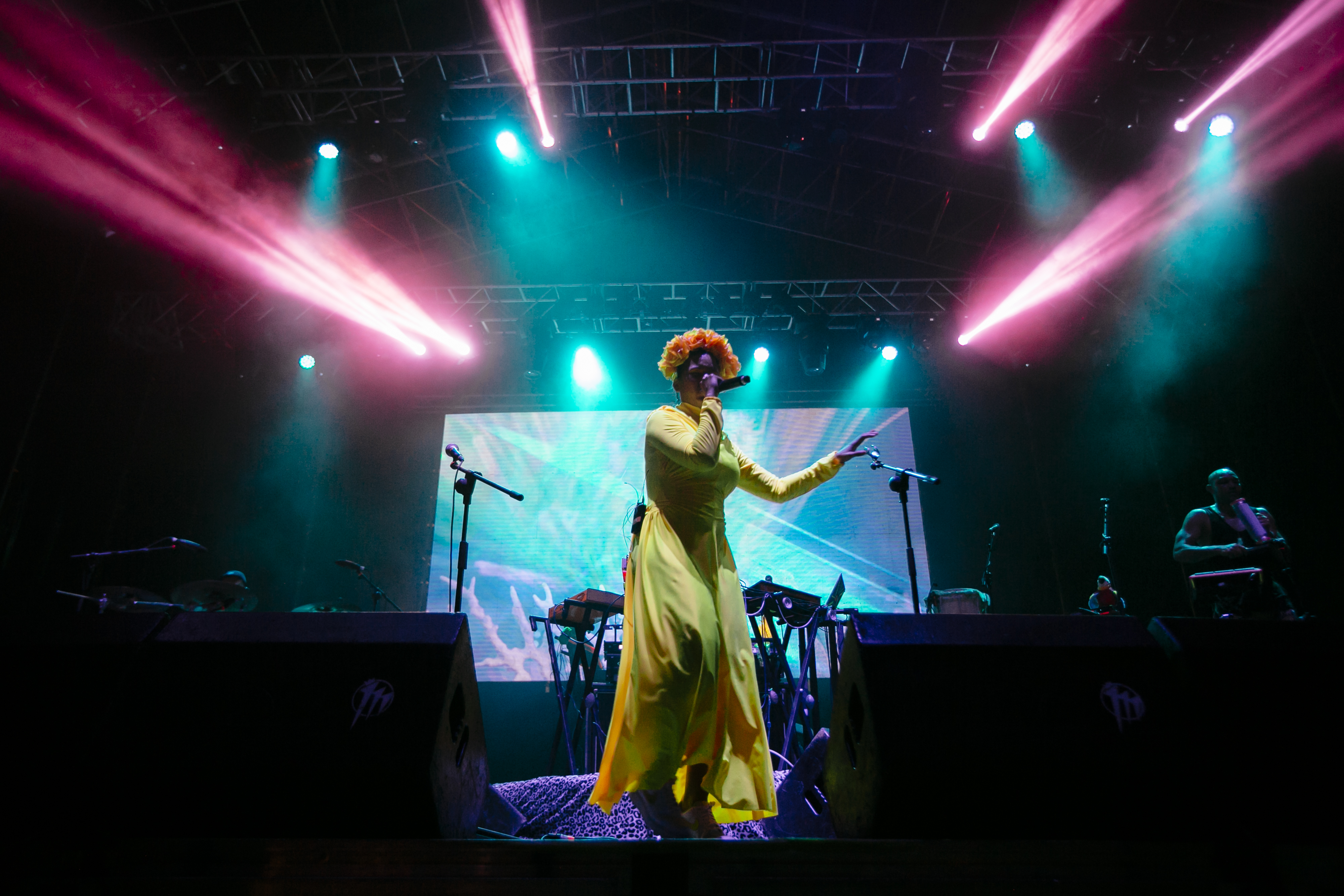 This month that I spent on the road with Bomba Estéreo in the summer of 2018 turned out to be one of the most amazing experiences in my whole career and one of the best summers of my life. It was also chaotic and stressful and extremely tiring, but the explosion of great energy, both from the band and their team, and also the fans that went to the shows, will forever stay with me. Colors, textures, Latin slang, big personalities, Latin music, sold out venues with  European crowds singing in Spanish, sunrise conversations in the tour bus, photo walks, meals. All of this surrounded by “my” people. What a feeling! 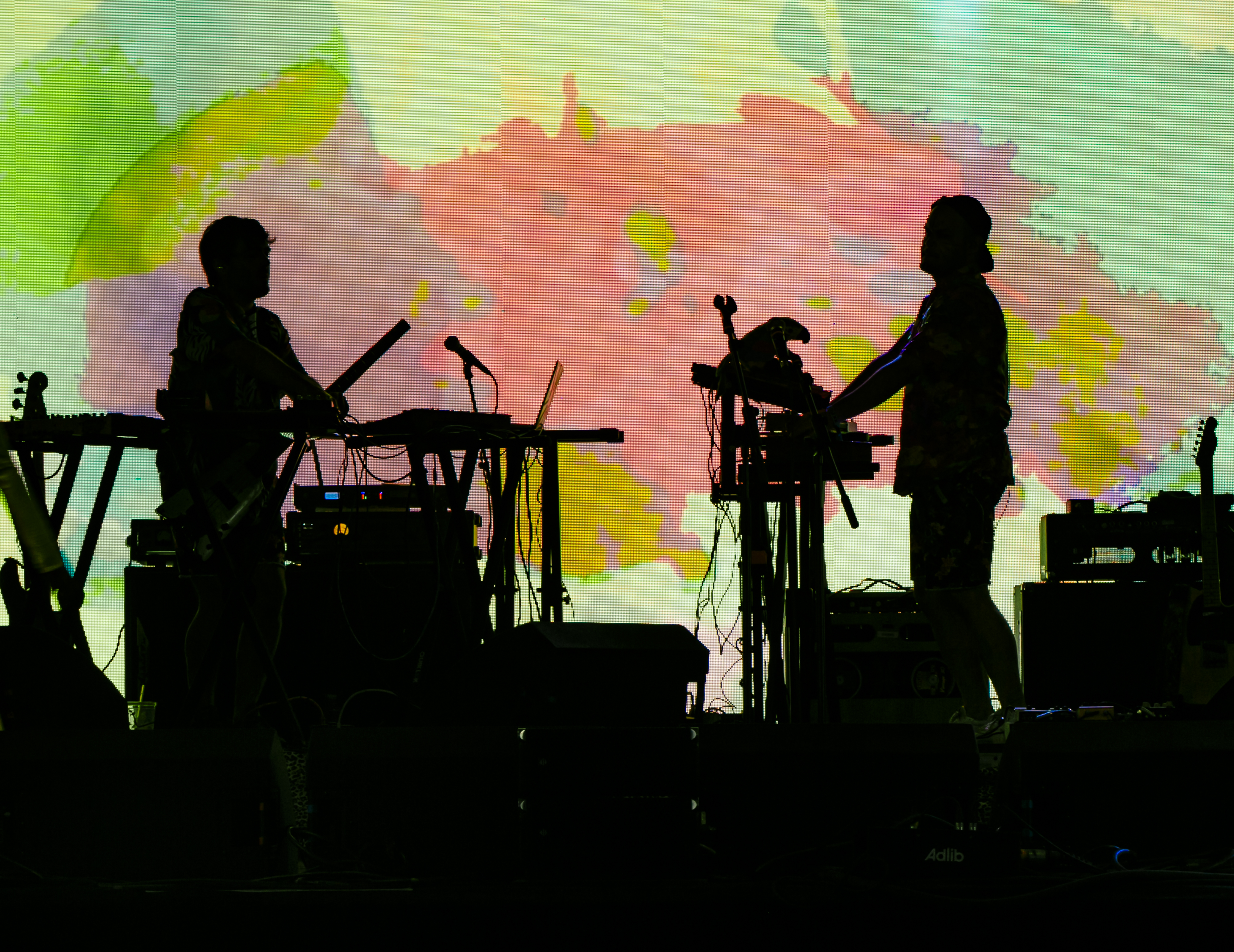 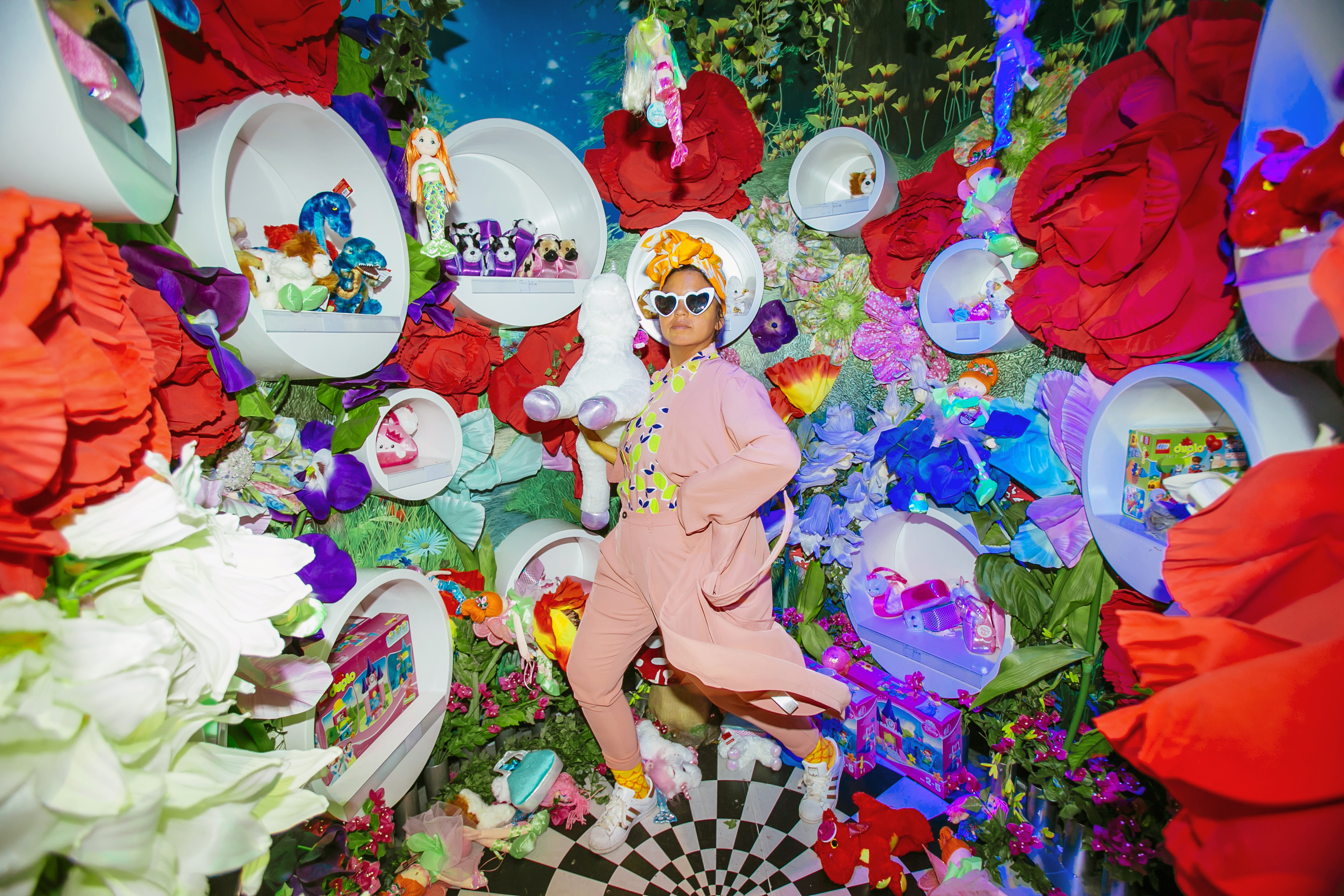 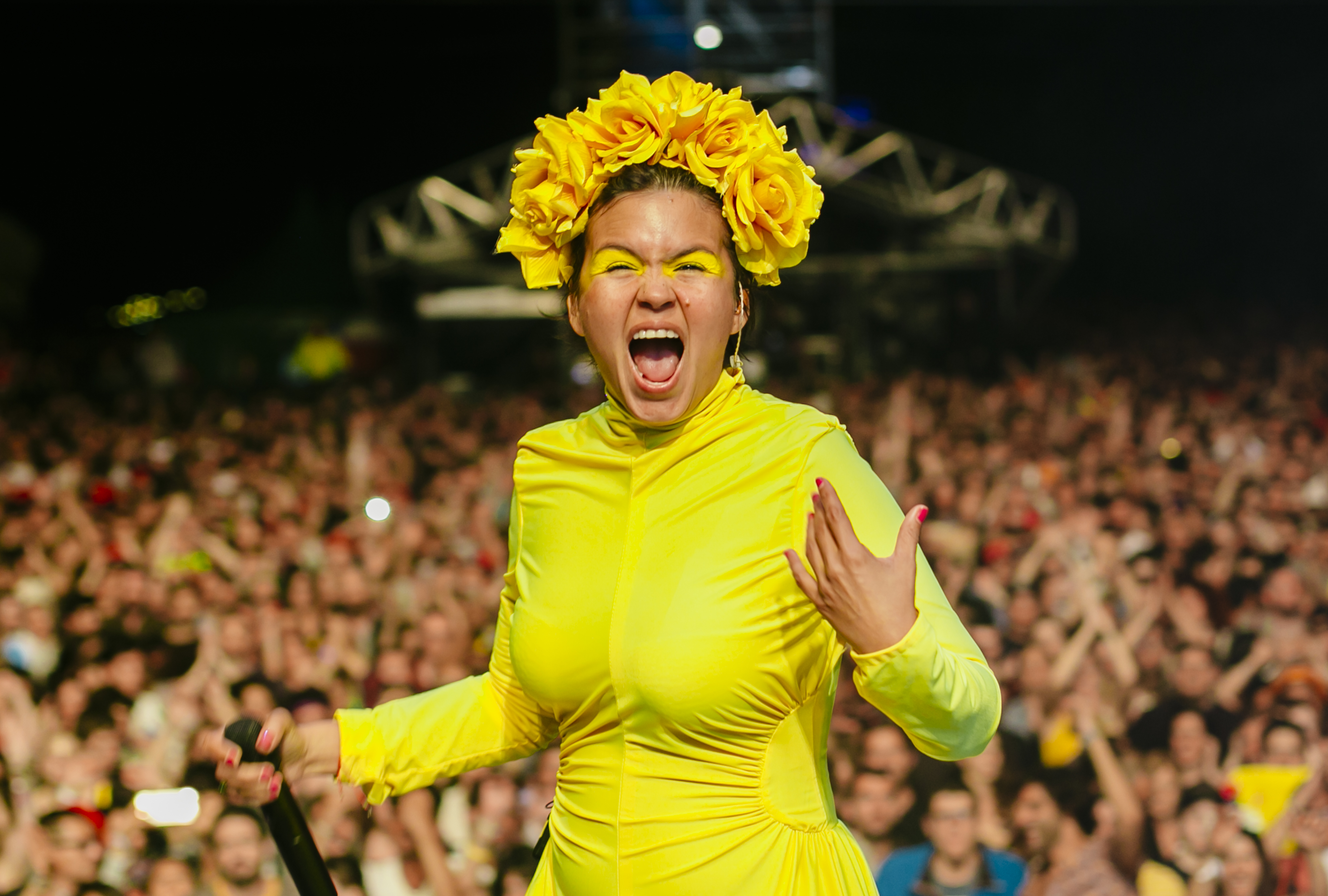 The creative freedom I had during this tour was unmatched. I always had my camera with me and it felt like the photos practically took themselves. We mainly traveled by bus so if we passed a beautiful location, we could ask the driver to stop; that’s lucky! Nothing inspires me more than the unexpected, so I was constantly bombarded with very organic opportunities and the more photos I took, the more inspired I got. 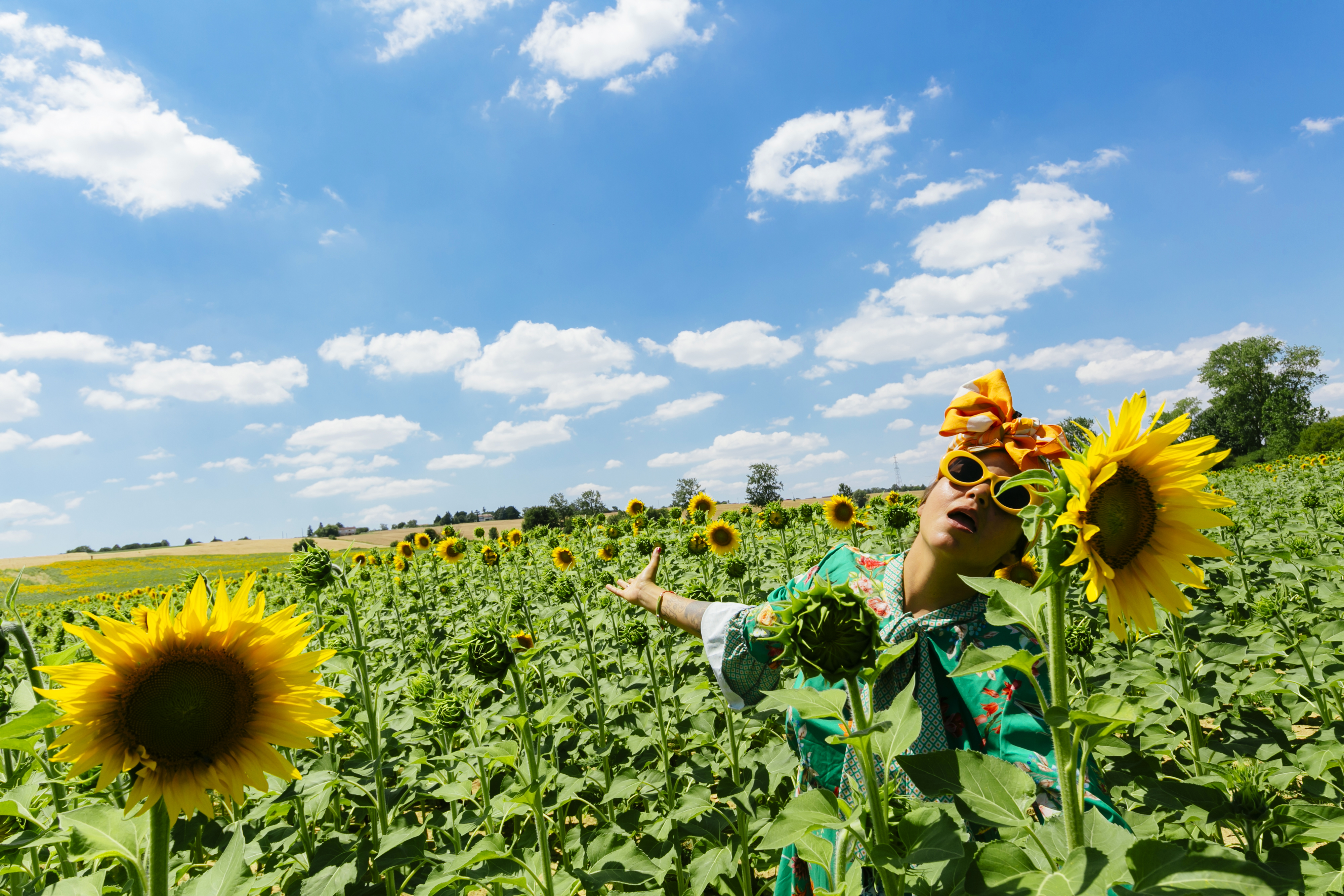 The turnaround of the images was pretty much immediate so the feedback from the fans was immediate too. This tour exposed my work to new audiences, and especially to new Latinx audiences, which is something I carry with me and I’m constantly seeking. That connection to my roots is priceless. 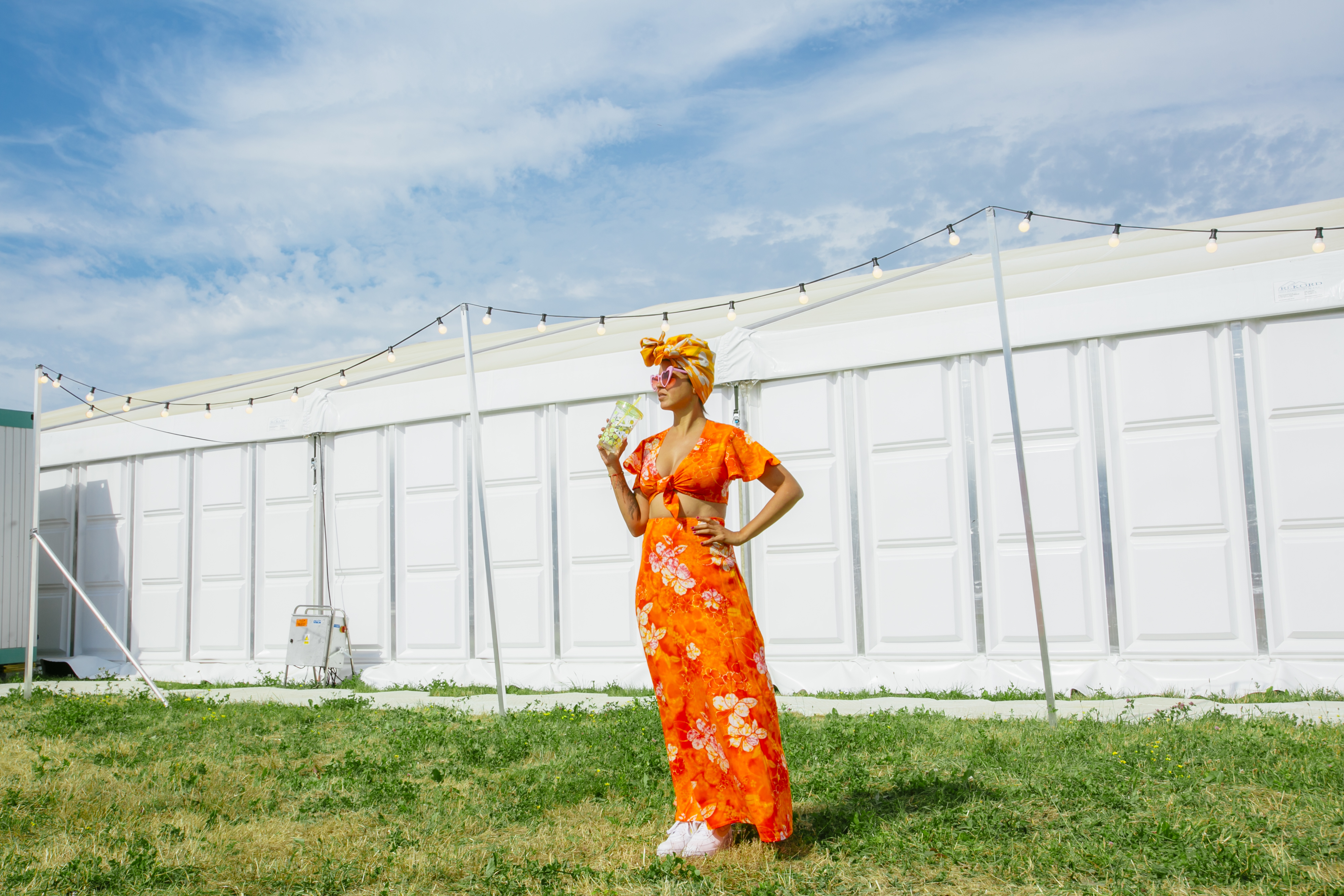 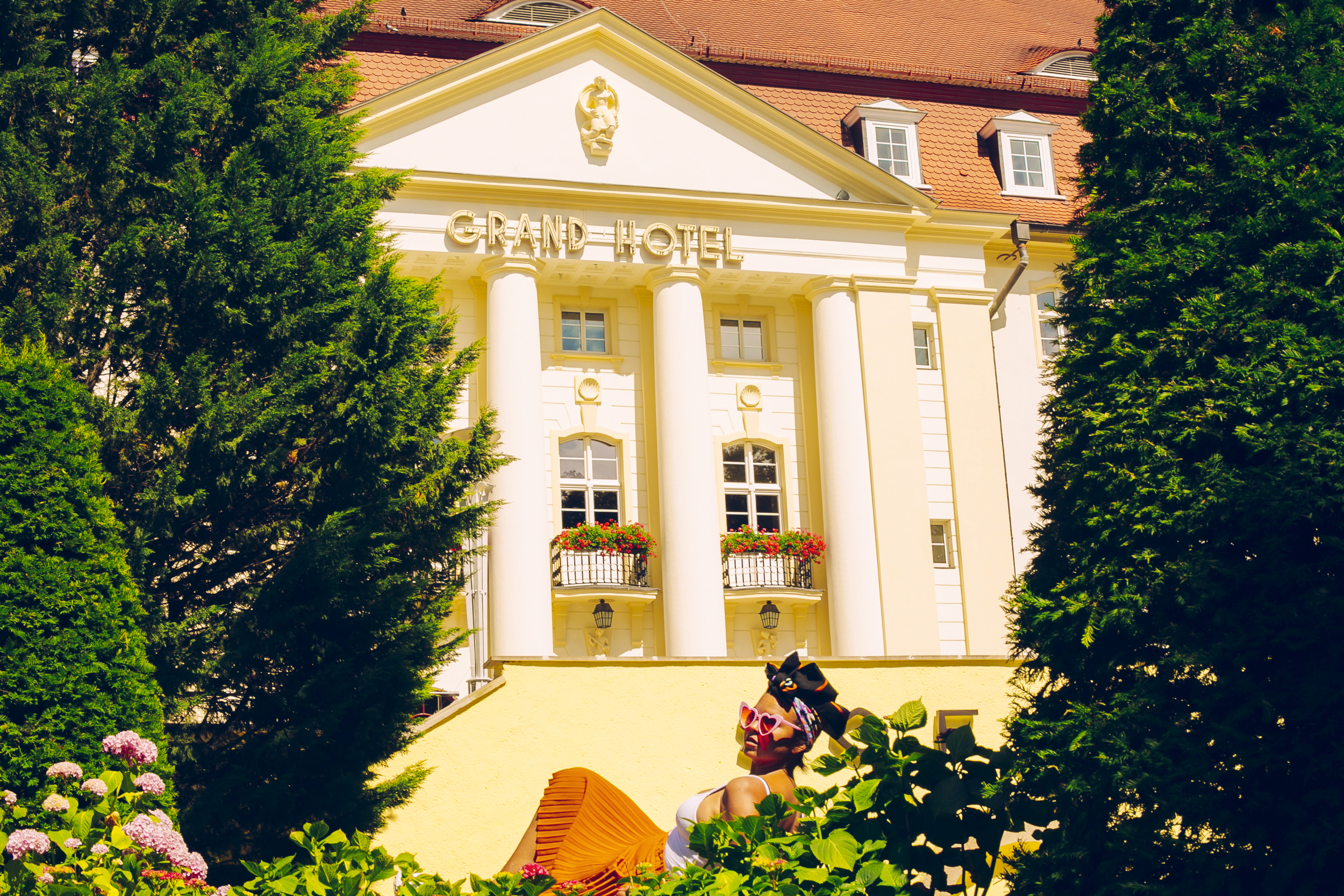 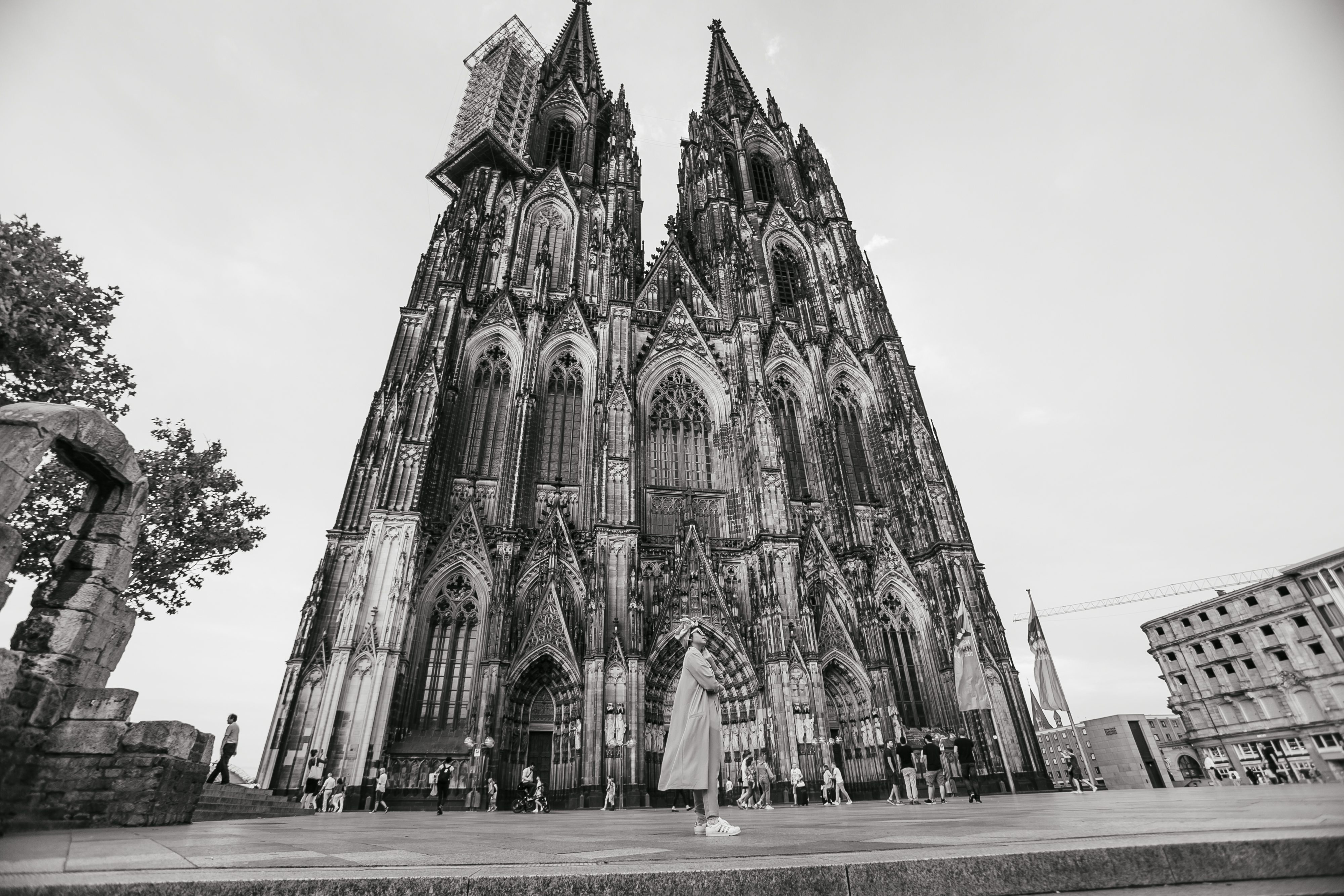 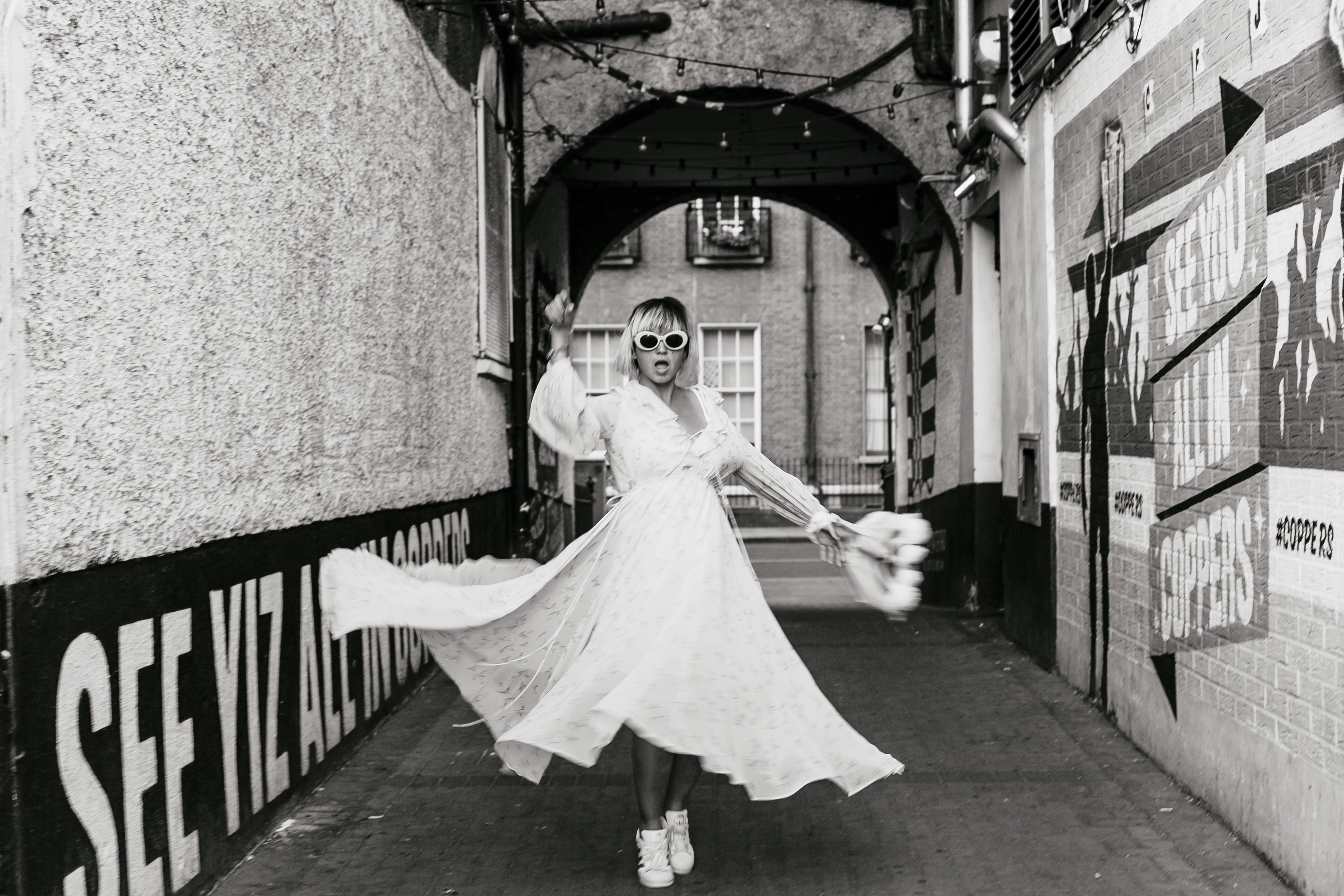