Agency debuts its first work for the social platform

Pinterest is taking consumers down a rabbit hole of interests—more than DIY projects and recipes—in a new brand campaign from Droga5 that highlights everything from flame woodworking to flame nails.

Its first work from the agency, it includes the anthem film “Discovery.” Directed by Yann Demange, it takes a fast-paced stroll down Pinterest lane, following users as they madly explore trends through the app. The idea is that a Pinterest visitor could start by exploring “puffy” hairstyles and wind up in “puffed pastries.” One of the characters in the film is shown doing nails in a flame pattern. That journey began with a search for “flame woodworking,” then smoked meats, meatball subs, subway graffiti, graffiti nails and finally—flame nails. 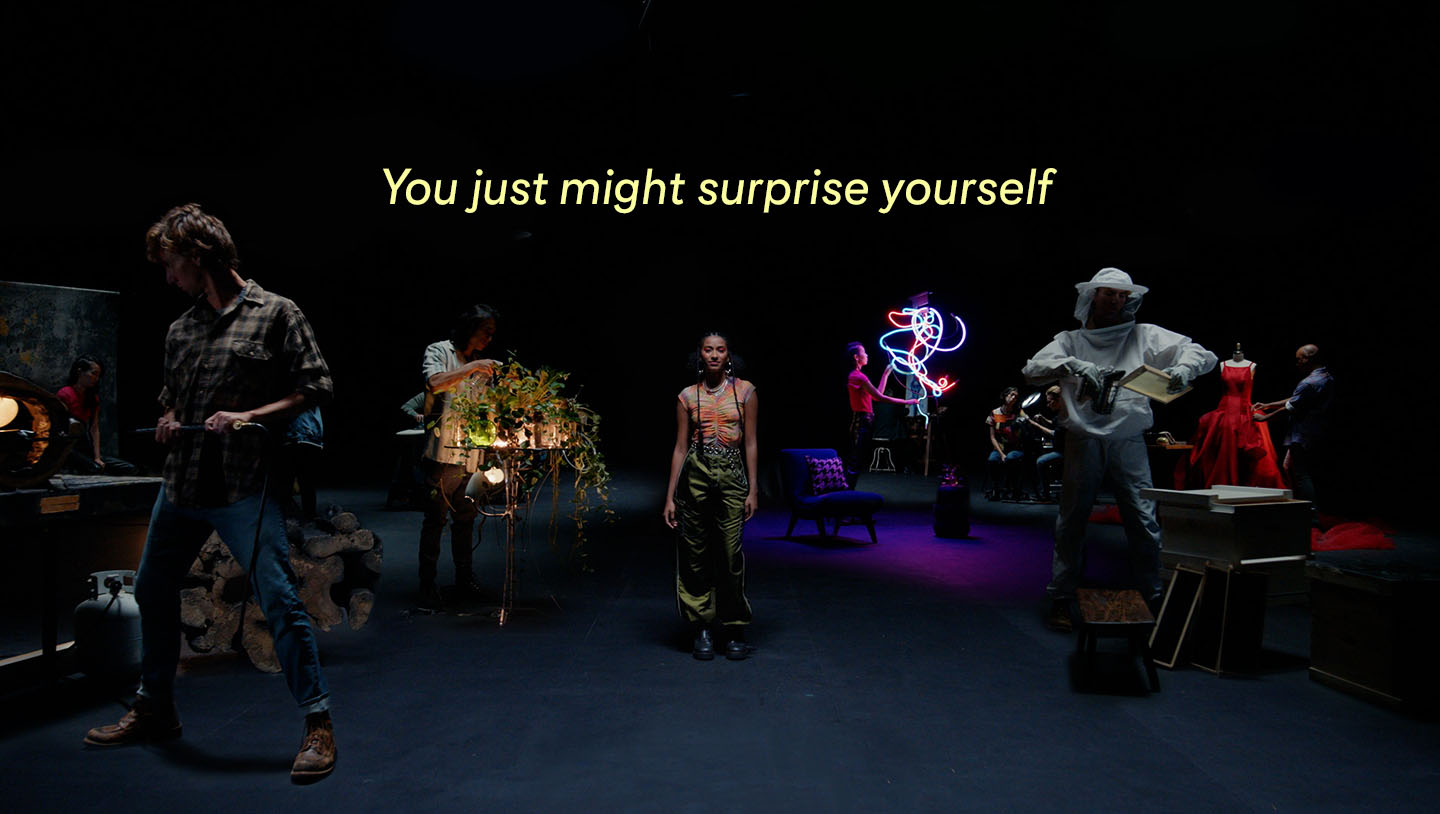 “The creative sheds light on how Pinterest can feed people new and exciting ideas to act on, where you can find and shape the things that you actually enjoy doing, that personally fulfill you,” the company said in its announcement about the campaign.

Pinterest has 478 million monthly active users. Prior to Droga5, Pinterest worked with creative agency 72andSunny, which it had appointed  as its agency of record in 2019.

Mediahub handled the media buy, which includes T.V. in the U.K, social media in the U.S., out-of-home and audio. 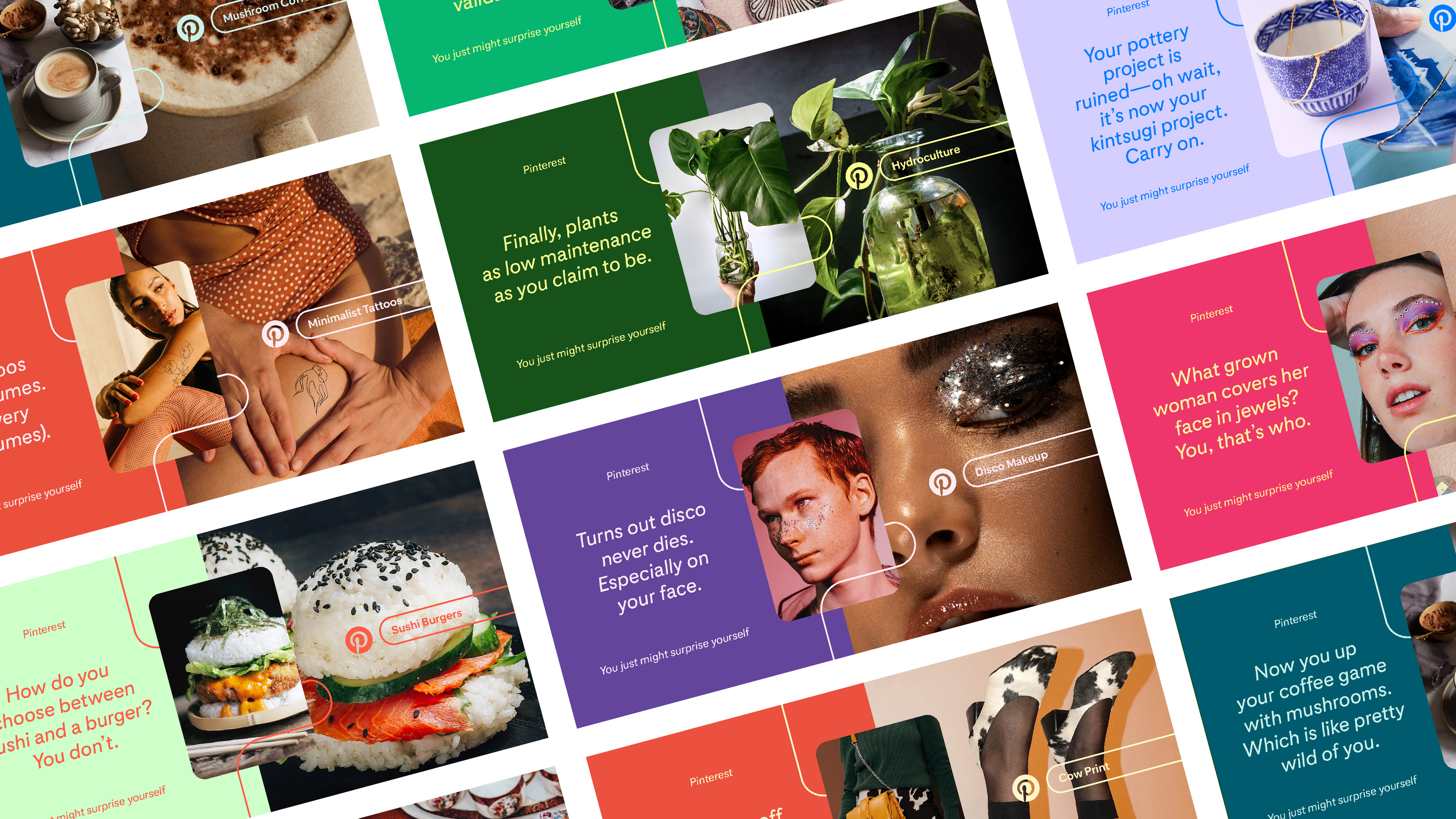 “On Pinterest, you may come to explore mid-century modernism, find maximalism and end up loving cluttercore,” said Celestine Maddy, global head of consumer and brand at Pinterest, in the announcement. “Our campaign defies the perception that Pinterest is just recipes, DIY projects and wedding dresses, and instead is an invitation to invest in discovering something new or try something you’d never thought you’d try.” 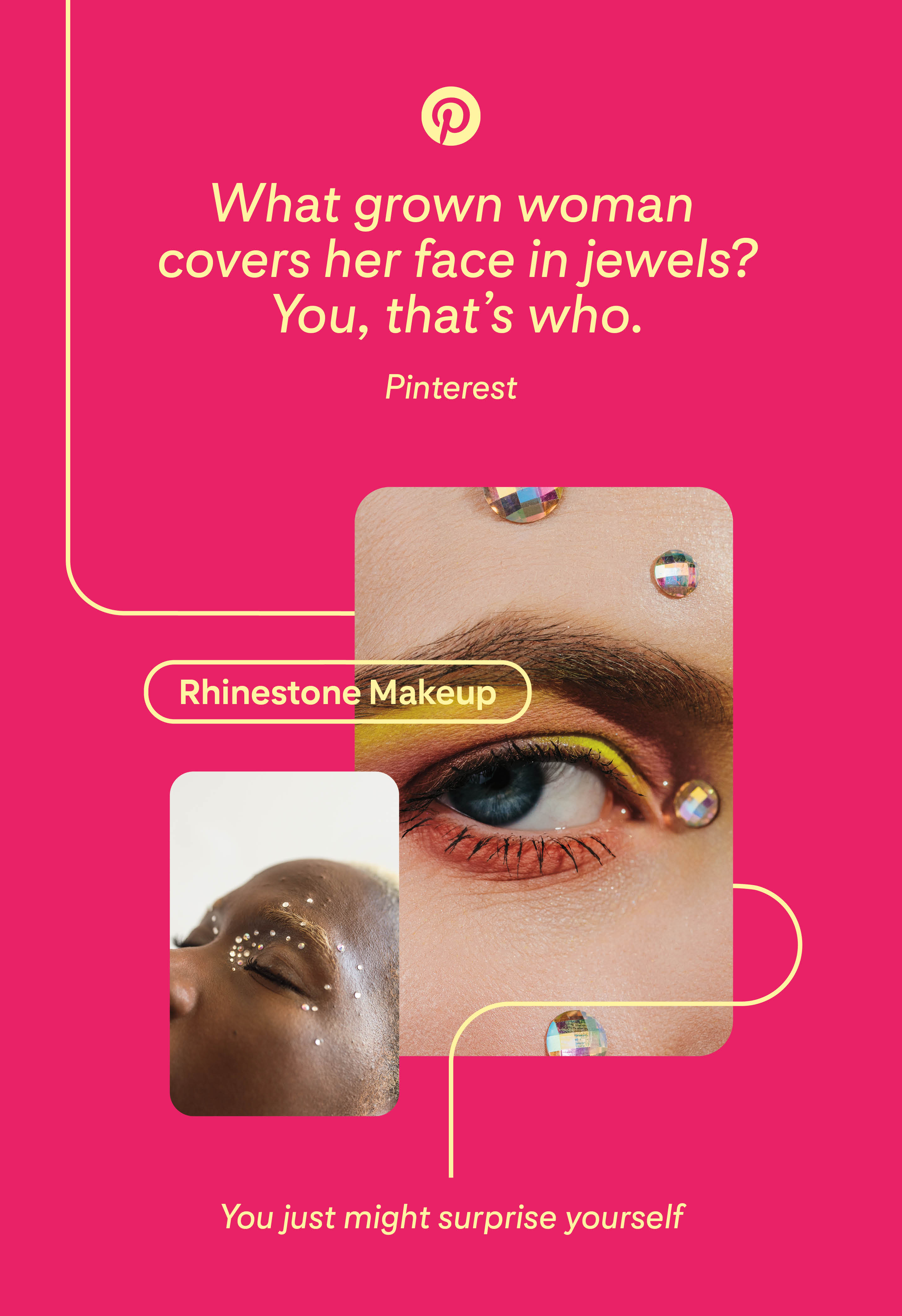