Playboy turned Trump into a whole buffet of breakfast foods

The Republican National Convention kicked off yesterday, which also happened to be National Waffle Day. That made for the timely arrival of Playboy’s photo feature entitled, “Trump as Breakfast: Does America Want Seconds?” 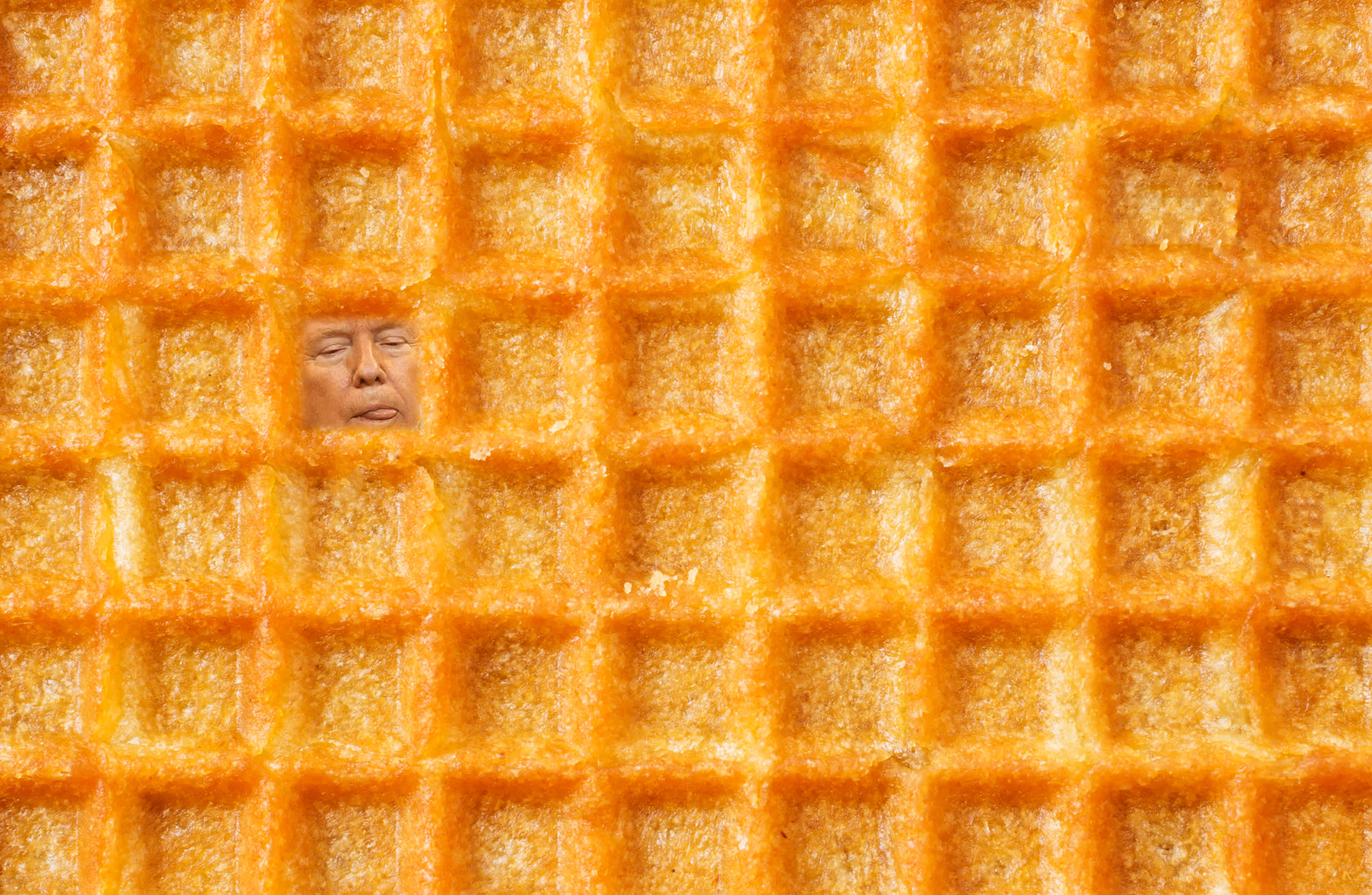 The feature, a visual commentary by way of the most important meal of the day, is the culmination of ideas from Playboy staffers that came about as part of its political coverage. The article poses as a “playful celebration of National Waffle Day,” but it coincides with the magazine’s long-running commentary about Trump over the course of his tenure, including the magazine's column from Brian Karem. It was led by Executive Editor and Arts Editor Liz Suman and executed by Associate Photo Editor Lily Ferguson, who created all the collages using stock photography from Offset and Shutterstock. Suman’s dad also happened to be a major influence on the feature (along with the caption ideas).

Suman and Ferguson shared with Ad Age how the feature came to be.

What inspired you to create a Trump photo buffet in time for National Waffle Day—did the day inspire the photographs, or were you looking for an opportunity to make a commentary on Trump?

Ferguson: It all started with our weekly politics column and a stock photo of pancakes. Since Trump has been the focus of these articles for quite some time, we were posting images of him from various events and press conferences. One day, I was running different options by one of our art directors, Evan Woods, and mentioned the subtitle would read, “The President is scared out of his pancake makeup he’s going to lose the election.” In jest, Evan said, “Maybe we can get a short stack of pancakes and put his mouth and eyes on it.” I laughed and immediately made the collage. I just wanted to put that visual out into the universe. Then Liz asked me to create the photo buffet and I couldn’t wait to get started.

Suman: The artistic impetus was Lily’s pancake, and the idea to create a breakfast-themed Trump essay was all my dad. Lily has done an incredible job cooking up these really clever photo illustrations for our weekly politics column, which is penned by Playboy White House Correspondent Brian Karem and edited by Playboy executive editor Cat Auer. The column stars Trump more often than not, and the editorial team has come to look forward to seeing what Lily or our other photo editor, Natalie Alvarez, will come up with each week. Brian is a big fan of the artwork too, and mentioned that it’s been getting some buzz on the Hill—he apparently got an email from a Democratic staffer who has compiled artwork from Karem’s Playboy columns on a poster that sits in a congressional office. He told Brian that when "things get bad, they look at the artwork and smile." My dad thought the pancake image Lily did for this particular Karem column was brilliant and said: "You should do a whole series of Trump as different breakfast foods.” So we did. Once the ball got rolling, it became this really fun, organic collaboration between the entire editorial team (and my dad).

How did you create the images? Did you work with a retoucher?

Ferguson: All of the photos are from stock sites, but I put the imagery together. I have a bit of a background in retouching.

Who was behind the titles of each collage?

Suman: My dad and me, with some support from the editorial team. 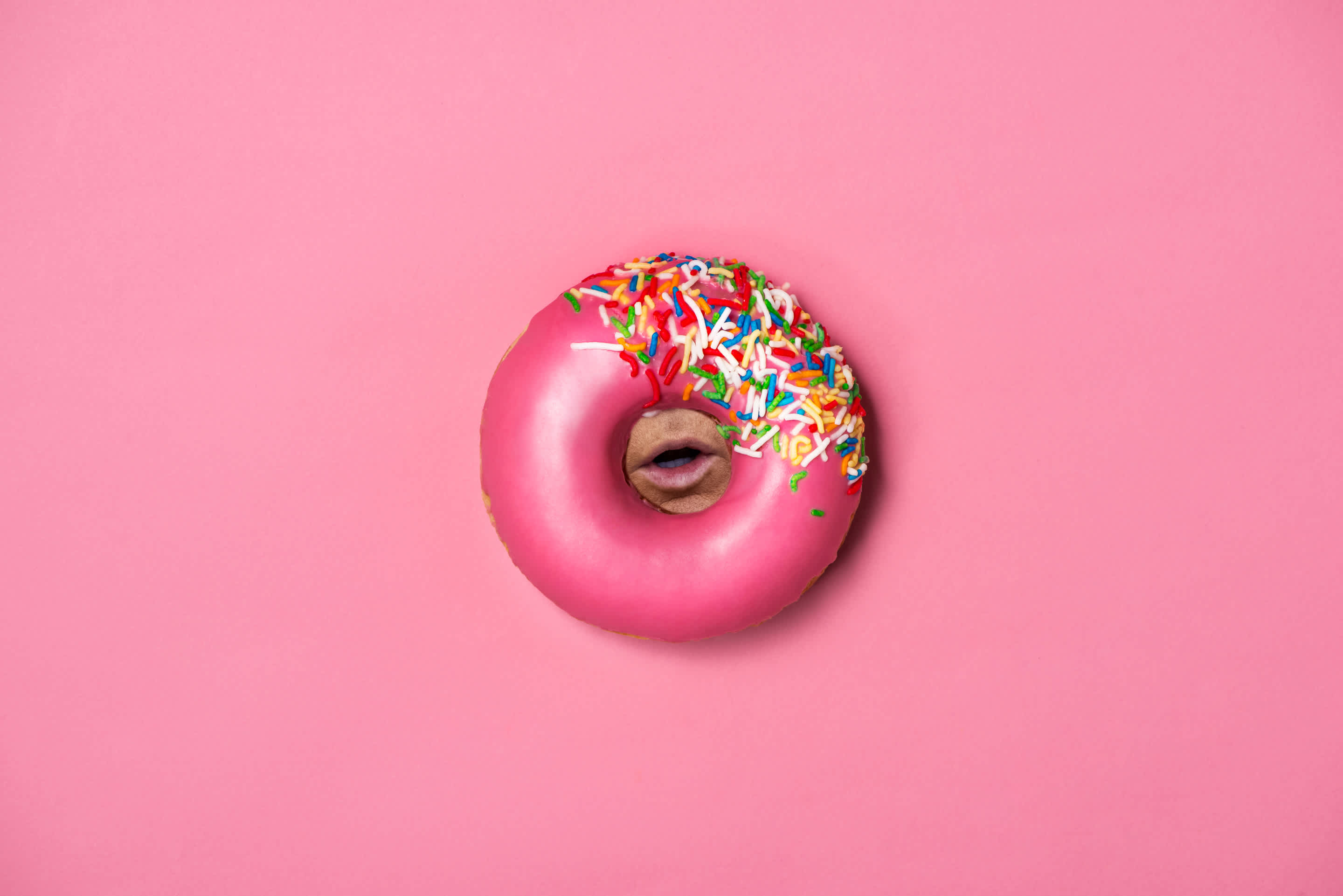 Liz, does your dad work in publishing?

Suman: My dad [Walter Suman] doesn't work in publishing—he owns a company that sells building materials for construction projects. He's just a supportive dad who, like me, loves art and has a very good sense of humor. I was quarantining at my parents' house in Seattle for the past two months, so it was a happy byproduct of talking about our work days at the family dinner table every night.

What other sorts of commentaries have you made on Trump the past year or so? Are there more planned in the run-up to the election?

Suman: We’ll continue to publish weekly columns from our White House Correspondent Brian Karem. Brian is known for making quite a stir in the White House press briefing room. He and Playboy even went head-to-head with the White House to protect Brian's hard pass and won (the first case as well as on appeal). Advocating for first amendment rights and providing a platform for free speech is a fundamental part of Playboy’s history. So there will be more columns from Brian. Lily and I are also considering a sequel to “Trump as Breakfast”—“Trump as Lunch”!

Ferguson: I’ve been able to create other collages for the weekly column. I always look forward to reading Brian Karem’s pieces and figuring out another pancake-type moment. 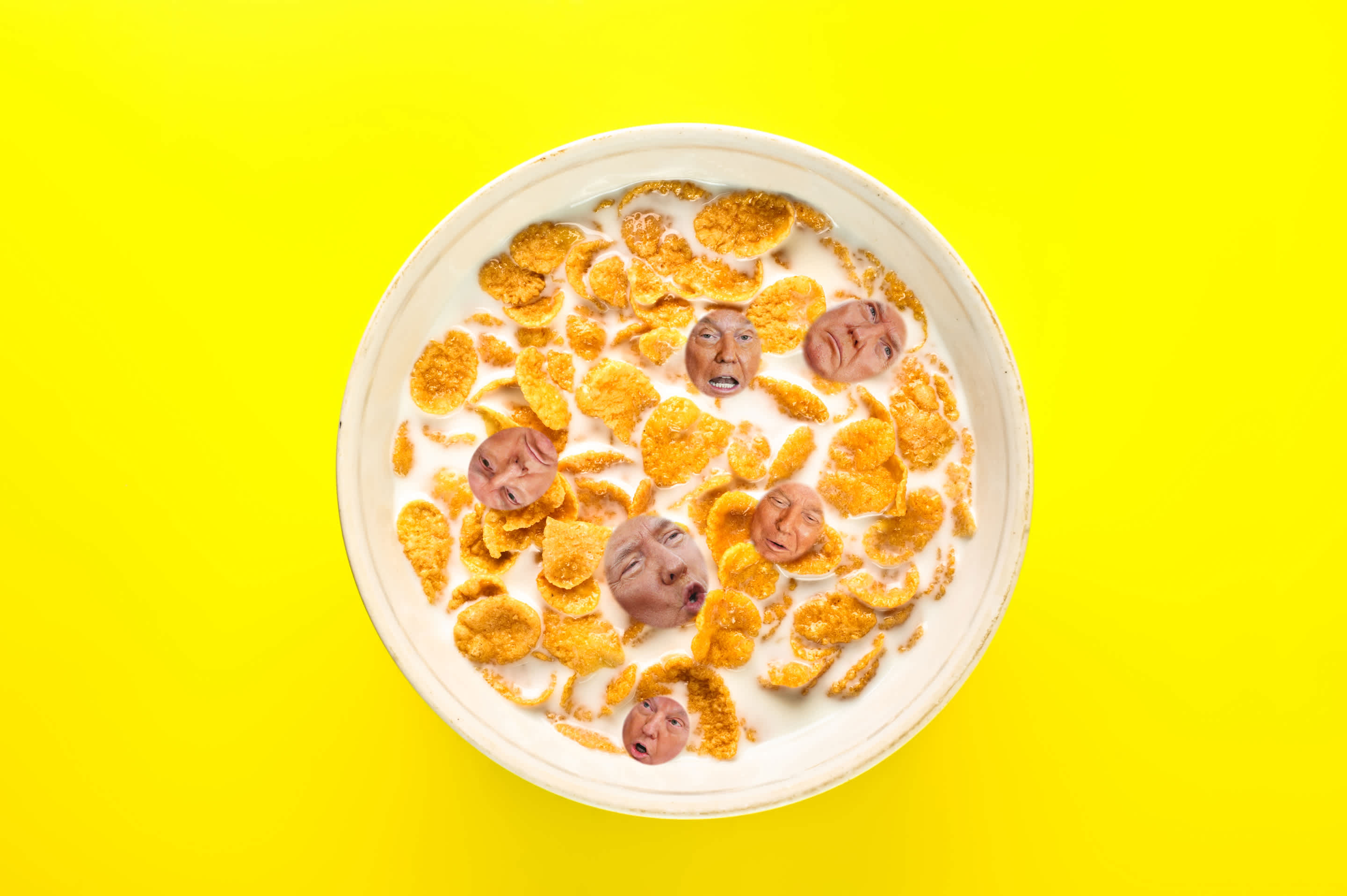 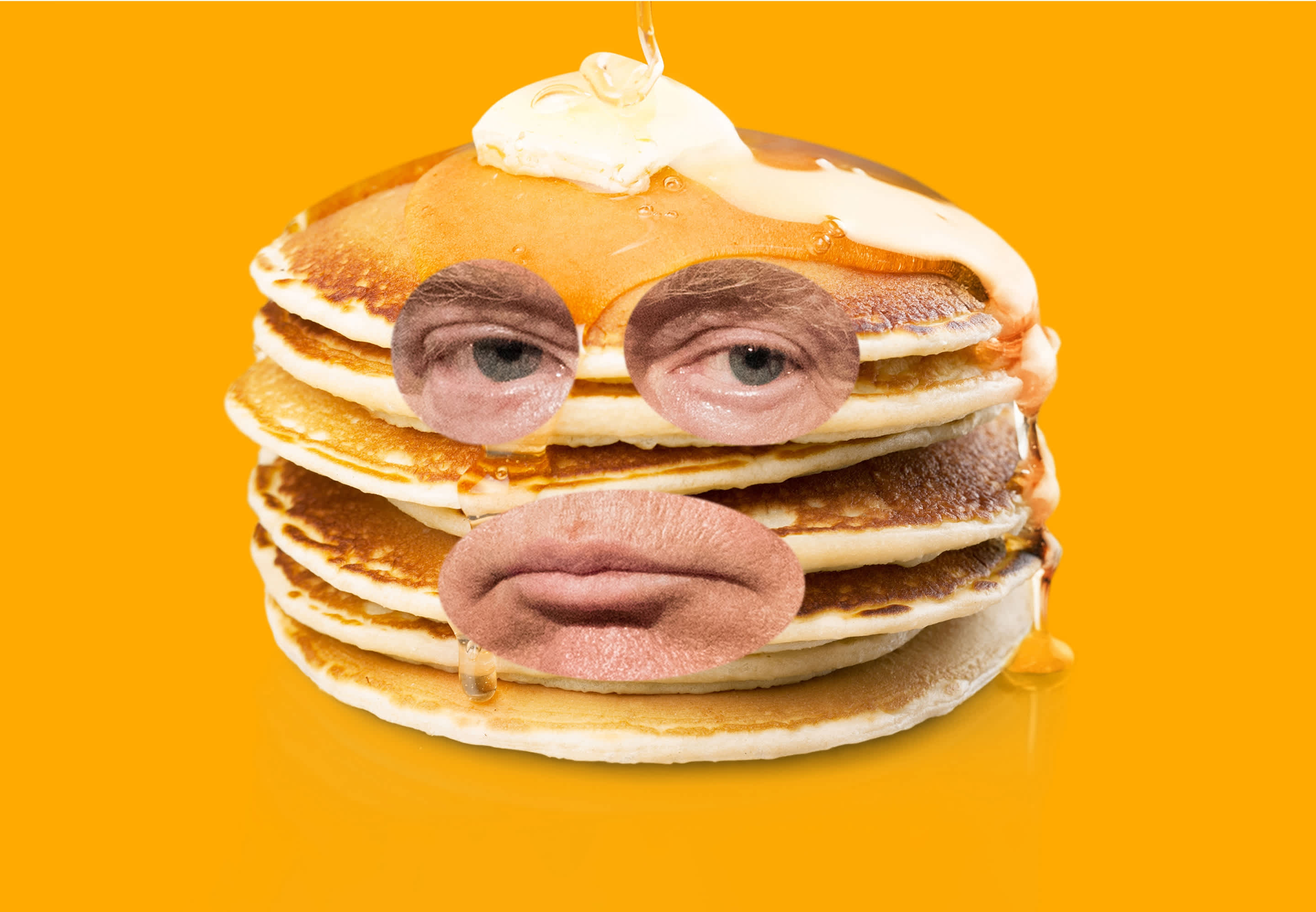 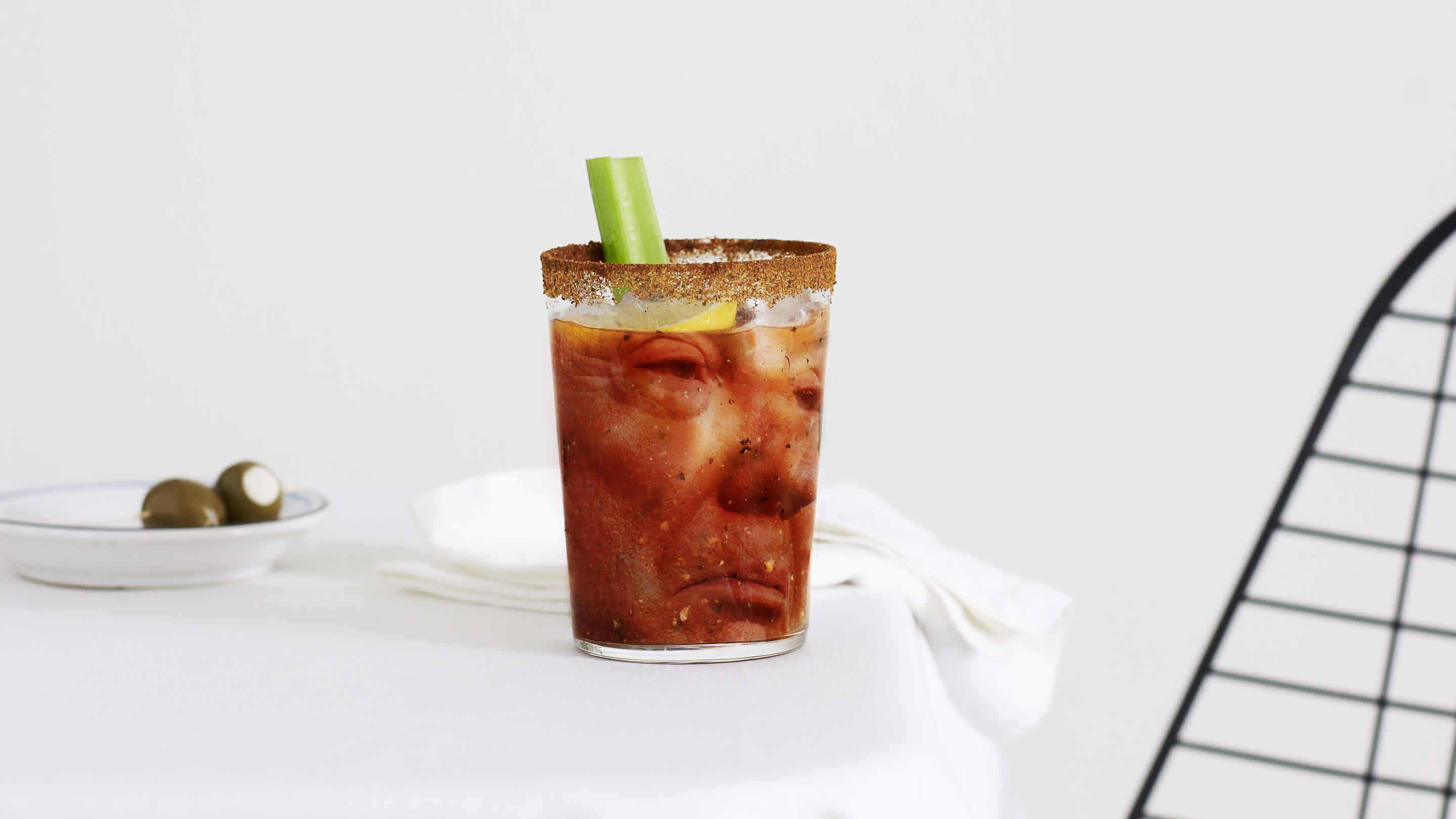 Playboy: Playboy reimagines its bunny ears in support of the Trevor Project