Just in Time for Inauguration Day: 'The Pumpkin and the Pantsuit,' a Kids' Book That Explains the Presidential Election | Ad Age
Skip to main content
CREATIVITY
Sign In Register

Just in Time for Inauguration Day: 'The Pumpkin and the Pantsuit,' a Kids' Book That Explains the Presidential Election

barrettSF Is Behind the Slim Paperback Volume; Proceeds Will Go to the Children's Defense Fund

Another hint: the book has been released just in time for Inauguration Day. (Interesting!)

Yet another hint appears on the book's back cover: "How do I explain this election to my children? We know one way. You're holding it." (A-ha!)

The names Donald Trump and Hillary Clinton don't actually appear in the book, but it's clear who's who and what's what -- especially since the Pumpkin is portrayed as a bully whose supporters explain why they like him with exclamations such as "His name is on a really big hotel!" and "He's good at firing people!" and "He'll make things great again. For me!"

In a statement explaining the inspiration for the book, Eisner said, "On election night, Van Jones posed the question, 'How do we explain this election to our kids?' That resonated with us. The goal of this book is to teach kids (and remind the rest of us) that losing is only losing if you give up."

"The Pumpkin and the Pantsuit" is available now on Amazon and at selected independent bookstores. All proceeds will go to the Children's Defense Fund. 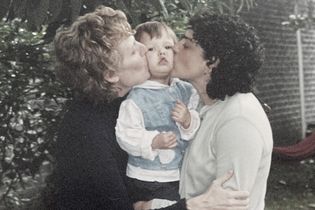 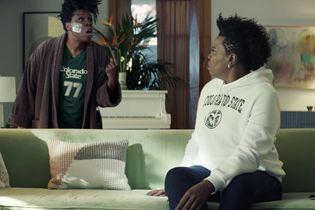