We've seen cars dirty dance and even take on people names, but in this latest installment of "Autombiles, Anthropomorphized!" an Audi R8 does something over-the-top human -- it gives birth to the Audi R3 Sportback, the latest vehicle in the brand's lineup.

Created out of BBH London and executive produced by MJZ's Rupert Sanders with effects from the Mill, the cinema film opens on an R8 enclosed in some sort of futuristic engineering chamber. As it's poked and prodded by robotic arms, it revs desperately and erratically, suggesting a sort of birthing breathing technique. Finally, its trunk opens and a new R3 Sportback slowly squeezes out from its rear, dripping in automotive amniotic fluid.

"The Audi R8 has become a legend, synonymous with killer performance, state of the art design and a distinctive soundtrack," said Ian Heartfield, creative director at BBH in a statement. "The task was to find a confident, bold and exciting way to tell the story that these legendary attributes live-on in all Audi Sport models."

The ad, directed by The Mill's Andrew Proctor, was shot entirely in CG and no real cars were filmed. Proctor led a team of VFX artists in London and L.A. to create all the cars and environments using CAD data from Audi and real vehicle photography. 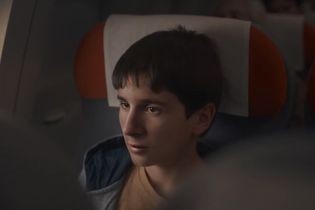