Work by the U.K. relationship charity Relate is the latest to break the taboo of senior sexuality

Recently, we've seen several bold campaigns from advertisers tackling conversations about aging, particularly when it comes to sexuality and intimacy.

They include a recent campaign from lubricant brand Replens that celebrated sex between older couples, as well as TENA's campaign about older women embracing their sexuality. The latest comes from Relate, the U.K. relationship charity, and agency Ogilvy, which tapped photographer Rankin to capture real-life couples in a series of print and outdoor ads and a video celebrating the "joy of later life sex."

Rankin photographed various couples, including same-sex couple Andrew and Mark, who have been together 30 years; Chrissie, who has a double mastectomy and her partner Roger; and Daphne and Arthur, who still hold hands when they walk.

The photography is in black and white, juxtaposed with colored text captions, many of which are cheekily provocative or promote the idea that later life sex can actually be better. For example, one reads "Things can take longer when you're older. Briliant." Another reads: "You're never too old to play with toys."

The pro bono campaign will be appearing across digital, outdoor and print. It aims to start a conversation to get people talking about sex, and to promote Relate's services including sex therapy sessions for couples of all ages.

"The intention is to show aging romance in a way that's never been done before," said Jules Chalkley, chief executive creative director at Ogilvy in a statement. "We wanted to create a new visual language that celebrates the joy of intimacy and sex in later life. It is a subject that many flinch from or don't often talk about and there is a notion that older people shouldn't, wouldn't or couldn't want to have sex or intimacy in later life. It has seemingly become a taboo subject, but why? The upsides are immeasurable for our mental health or happiness and physical wellbeing." 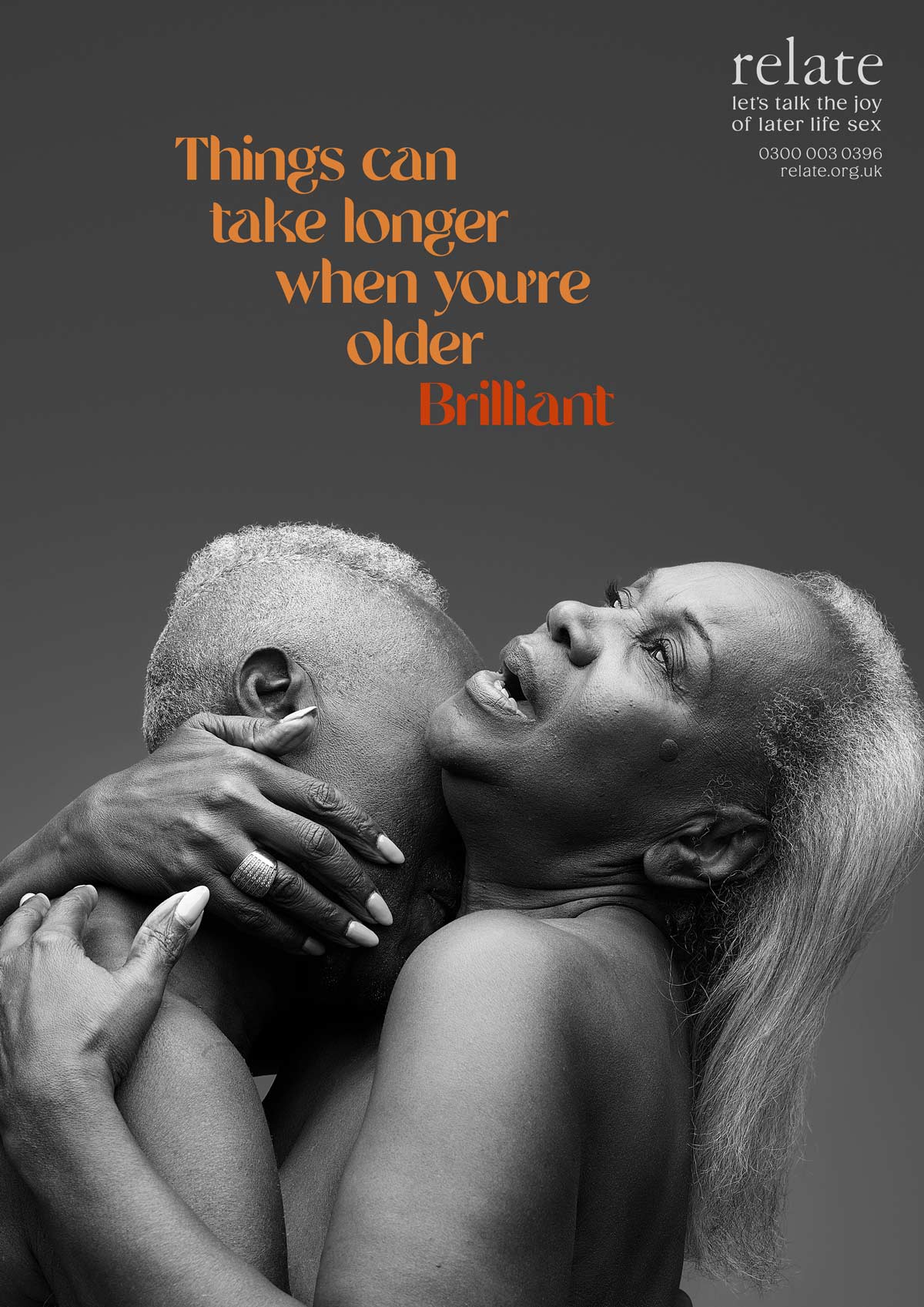