Skittles is "recoloring the rainbow" this year for U.K. Pride, by adding color to archive LGBTQ+ images.

In a social and digital campaign by Adam&Eve/DDB, the Mars Wrigley candy brand is partnering with the publication Gay Times and the charity Queer Britain to bring the images to life for a new generation. The brand is displaying images of a 1971 Gay Liberation Front protest in London's Trafalgar Square, a Lesbian Strength march in 1985, including activist Femi Otitoju, and photos from New York Pride events in the 1970s. 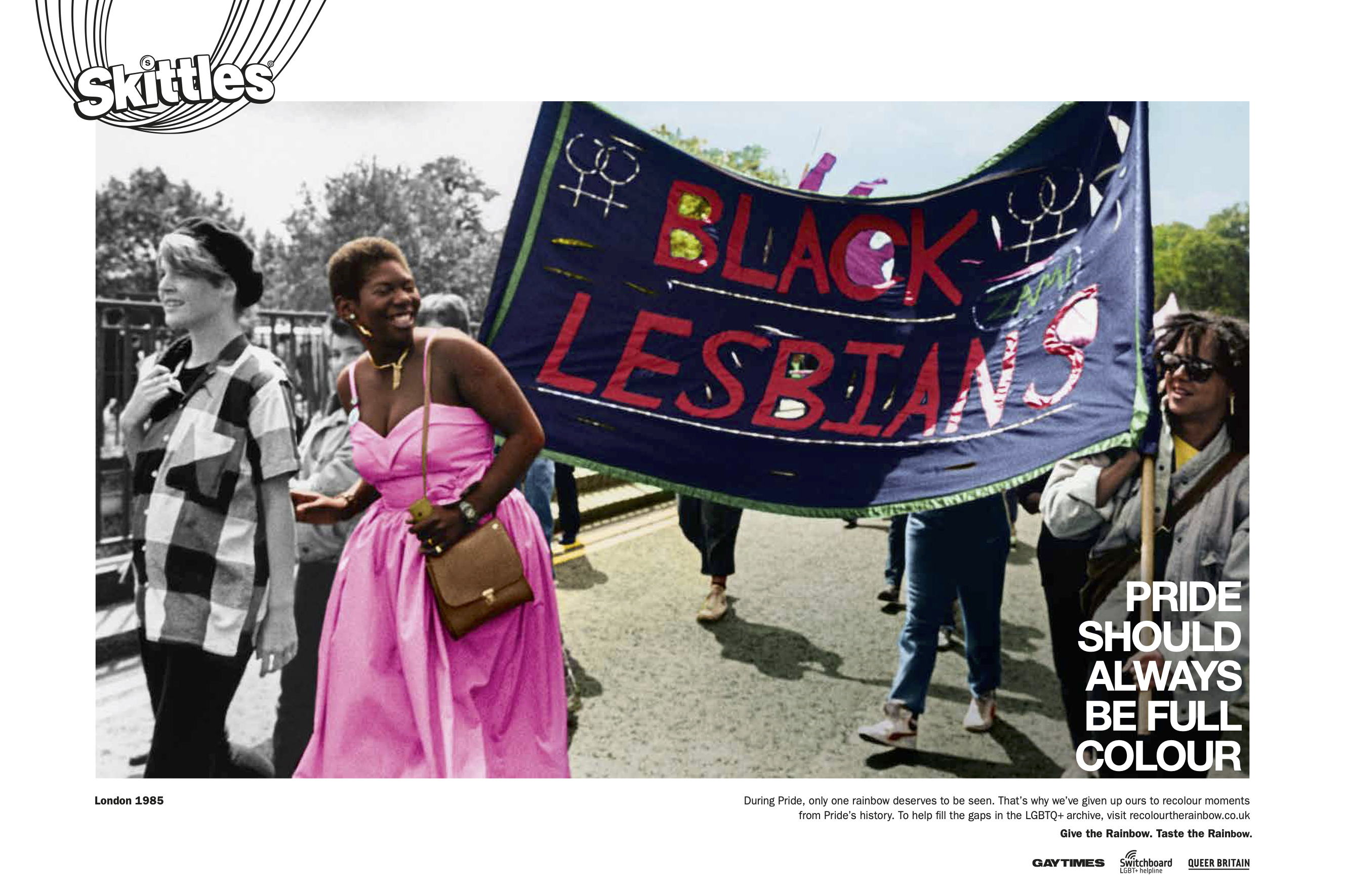 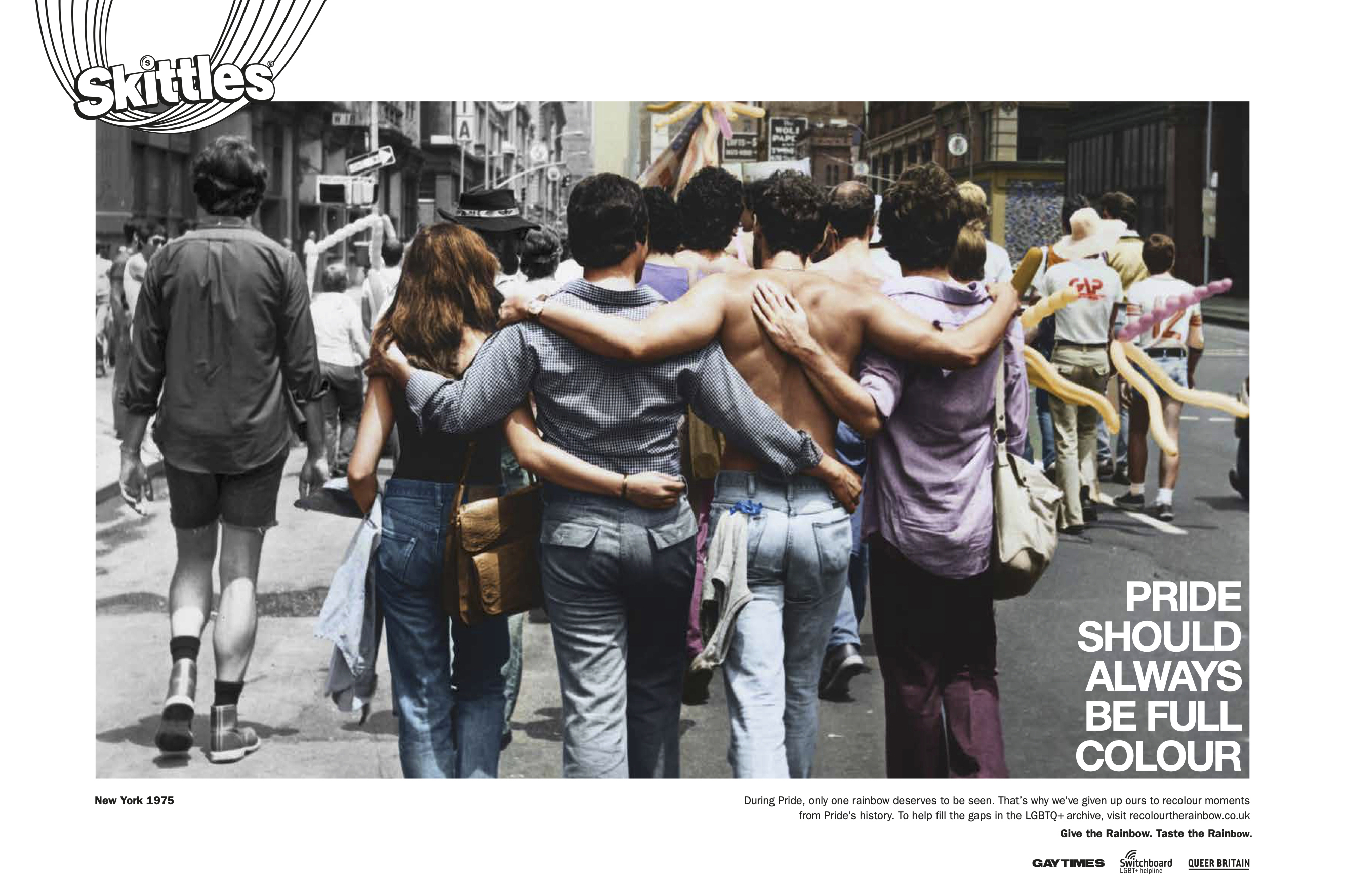 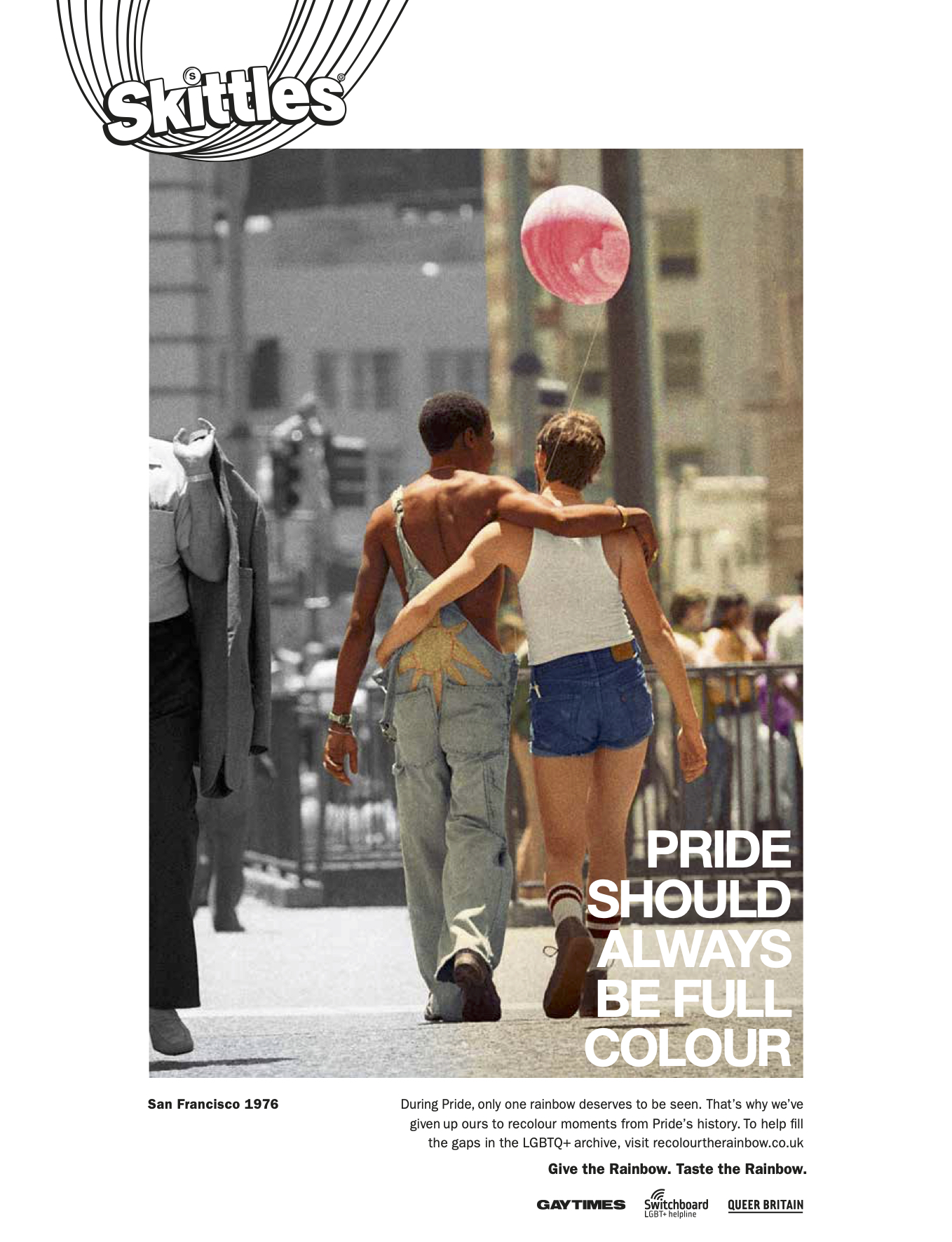 The campaign is also calling on people to submit their own historical images to a portal, recolourtherainbow.co.uk, so they can also be recolored. The portal was created by Gay Times, and sits alongside a hub featuring videos and stories behind the photography.

“Every Pride, Skittles takes the rainbow off their packs, so Pride can take center stage," said Richard Brim, chief creative officer at Adam&Eve/DDB. "This year we’ve taken this a step further by using our rainbow to restore iconic black & white photographs from Pride’s history to their full color and vibrancy. Because what better way to celebrate Pride than to tell the stories of the movement’s first marches to a new generation of pride-goers.”