To close this week of our creative excellence showcase for Asian American Pacific Islander Heritage Month, we have Snigdha Sur, founder and CEO of digital media company The Juggernaut, which is dedicated to reporting South Asian news across a broad range of categories, from politics and current events, to tech, sports and pop culture. 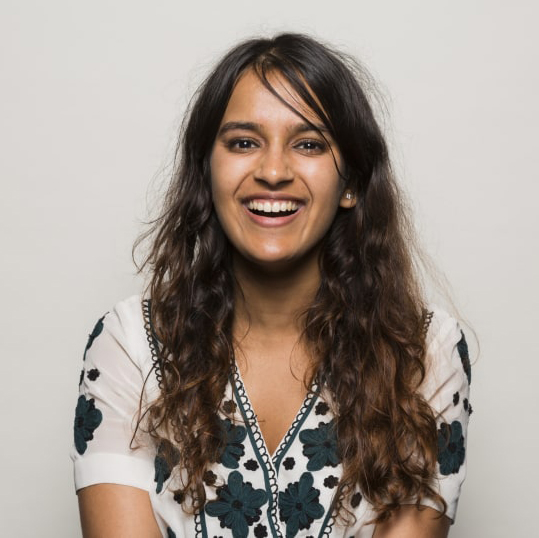 The company’s name might make you think of a famous Marvel character, and there's a reason for that. The word (and pop culture character) can credit their origins to the Sanskrit term “Jagannath,” meaning a massive force, object or campaign. Jagannath is a Hindu god whose story came to Europe in the 14th century and appeared in American newspapers as early as the 1800s. As his tale spread around the world, the word came to represent any massive being that could crush everything in its path. “In naming ourselves The Juggernaut we honor the word’s South Asian roots and the unstoppable force we believe South Asia(ns) to be,” the company says on its site.

Our guest editor, Droga5 Chief Operating Officer Susie Nam describes Sur as “an incredibly dynamic leader who is bringing nuance and attention to the South Asian experience. She does this through her own style of creative ambition and intellectual curiosity.”

Here, Sur shares about the origins of her company, itself her own creative solution to a big problem she found in the mainstream media. After serving as a consultant at firms including Principal and McKinsey and working in Bollywood film production, she went on to create The Juggernaut in response to the lack of accurate, meaningful coverage about the South Asian community in major news outlets.

I started The Juggernaut because I wanted something like it myself. The Juggernaut reports on South Asian stories with depth and nuance. I was tired of mainstream media reporting that leaned into tropes of the “model minority myth” or South Asian “misery porn.” Our stories matter not just in times of crisis or extreme achievement—they should matter every day. So how do we create that constant feeling of seeing ourselves or learning something new that no one had bothered to report on before? What must we challenge, unlearn, and celebrate? And how do we connect our diverse community so that we can have both difficult conversations and meet each other?

I started testing the idea that there was a big gap in journalism and media with a free, weekly newsletter that I would write on the weekends and send to my friends. I would round up interesting stories about South Asians around the world—we’re the world’s largest diaspora—and news about the homeland. I soon realized that many of the stories I wanted to know more about weren’t being written at all. And that’s when we launched The Juggernaut. We started with written journalism and have ambitions to expand into other formats including podcasts, video, film and TV. We held several sold-out events before COVID hit, but moved to digital events. We’re looking forward to when we can host again.

I had immigrated from India and moved to NYC at age 3. I had grown up a huge bookworm, reading over 300 books a year as a kid and watching a ton of movies with my parents. Media was how I understood the world around me and partly how I learned Americana. So much of what we consume influences how we see ourselves in the world, too. That’s why diversifying media is so important, and a critical part of what we do at The Juggernaut. Over 90% of our journalists are people of color—and we’re just getting started.