Dell Technologies and Intel have launched an innovative platform that could change the lives of people living with ALS or motor neuron disease (MND), a neurodegenerative condition that causes the person to lose the ability to speak. Created with agency VMLY&R in partnership with the MND Association and Rolls-Royce, “I Will Always Be Me” is a unique book-reading experience that will log one’s voice so that they never lose it—a previously long and exhausting process. 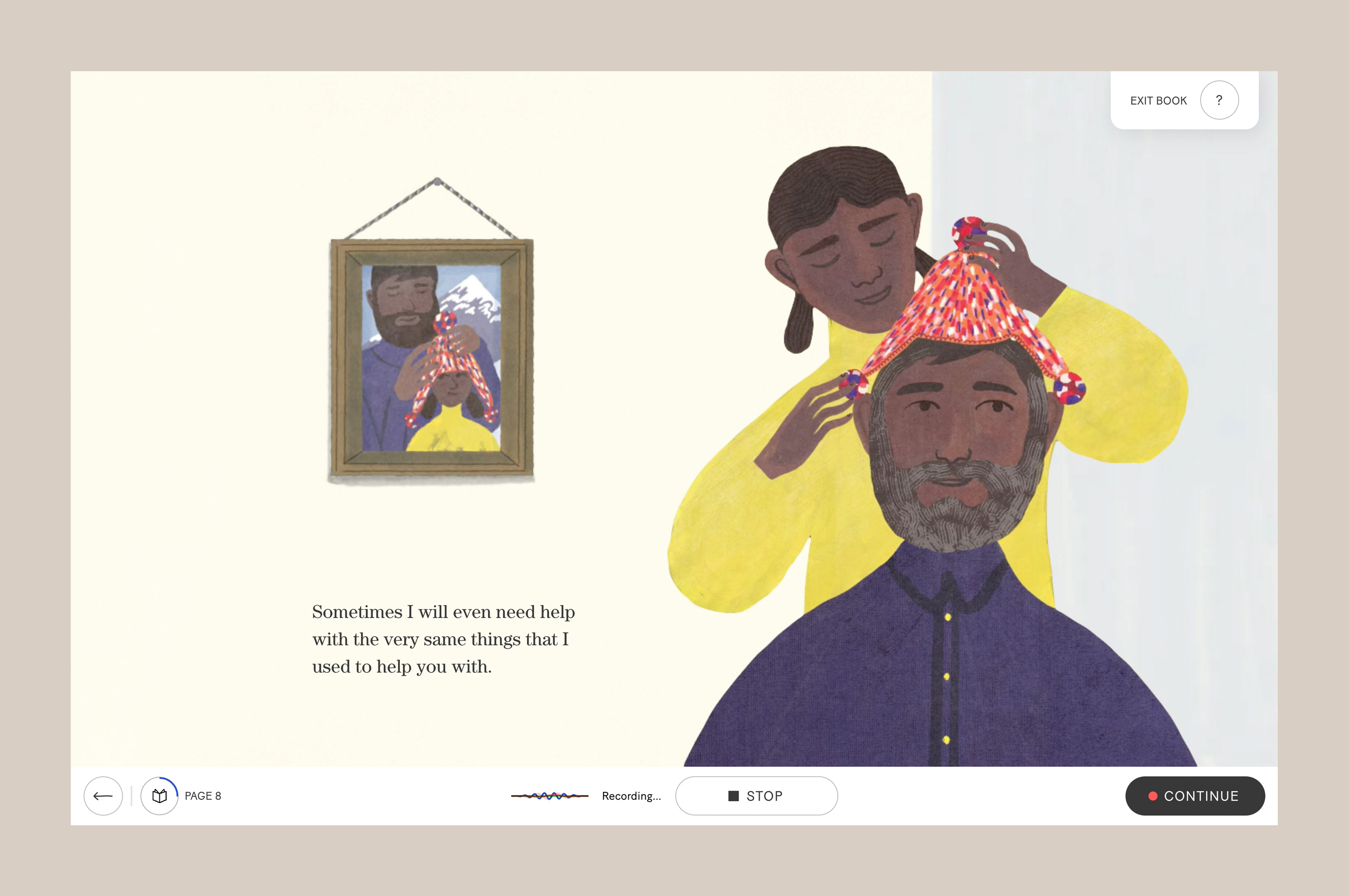 “I Will Always Be Me” was written by Jill Twiss, author of the bestselling book “A Day in the Life of Marlon Bundo”—the children’s story about the romance between then-Vice President Mike Pence’s pet rabbit and another male rabbit. Her story for the campaign is written like a letter from the person diagnosed with MND to their loved ones, explaining that despite what may change about their appearance or abilities, they will always be the same person on the inside.

On the campaign’s website, users can create a free account (currently only available in the U.K.) to access the voice-logging technology. The website will record the voice of the user reading the book, which contains every sound necessary to create a unique digital voice. Then, in addition to having a keepsake audiobook of the person with MND reading “I Will Always Be Me,” the file can be converted into digital speech technology that can read typed messages aloud in the same voice as the person who may no longer be able to use theirs naturally. The book is a unique idea that streamlines the frustrating process of voice banking, which previously could take up to three months of imitating nonsense sounds and phrases.

“This is a lovely way to bank your voice," said Ursula, a person living with MND and "I Will Always Be Me" user, in a statement. "Do it now while you can record your voice with all your character, and your intonation, and the way you move through a sentence. Do it now.” 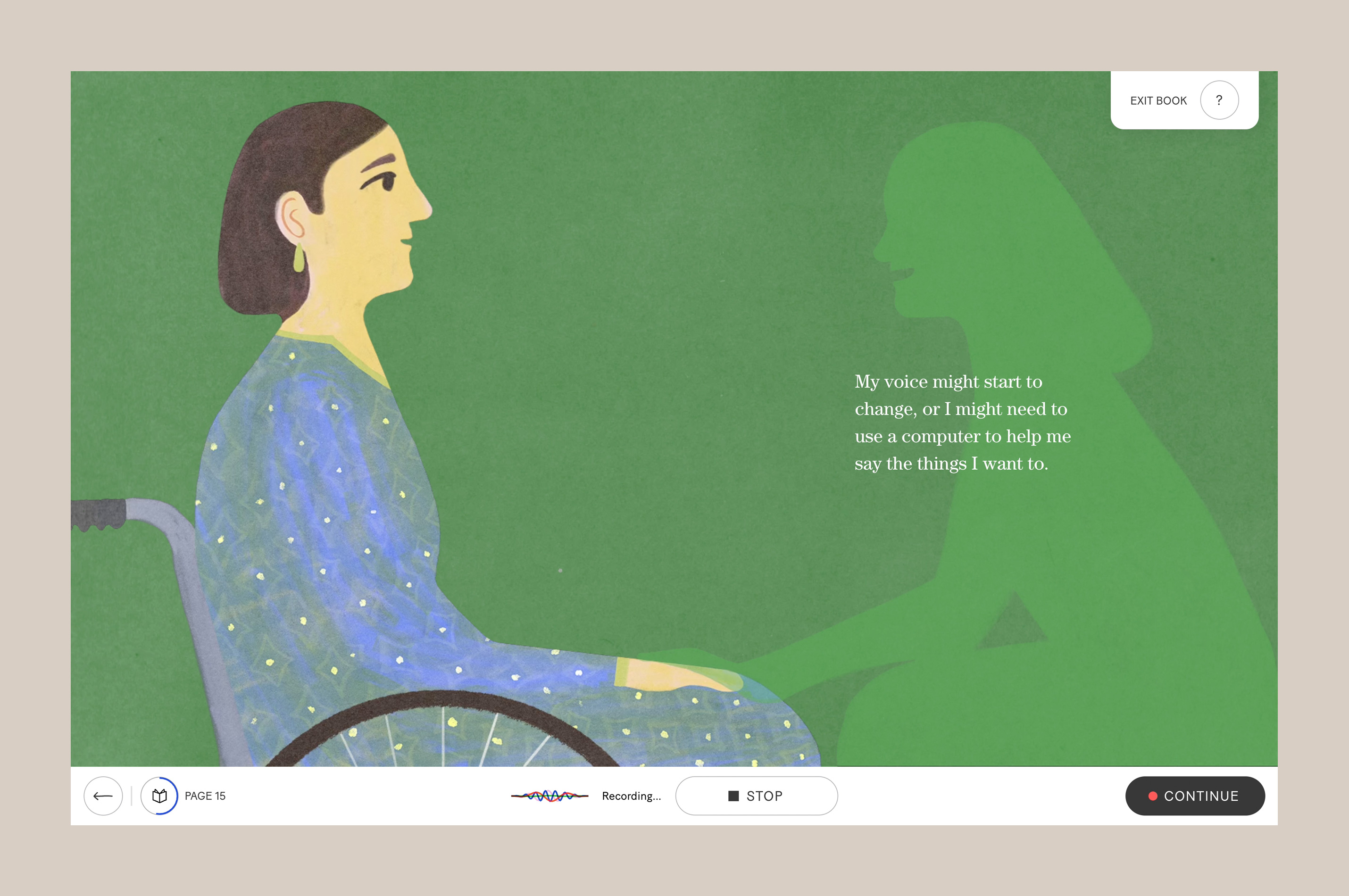 A short documentary for the campaign shows real people with MND embarking on the emotional process of logging their voices. It shows the fear and vulnerability of being diagnosed with MND and the prospect of losing the ability to speak as well as the hardship that other voice banking technologies can involve. “It’s really important to be heard,” says a person with MND in the documentary, “and not be forgotten about as the person who can’t speak.”

It also shows the joy this campaign brought to both the participants and their families. Tears are abundant as the persons with MND read “I Will Always Be Me” and share the experience with their loved ones. “That’s dead powerful, isn’t it,” says another person with MND as he reads the book. “Not just for the person listening, but for the person saying it.”

There are a few laughs, too, as the users type out messages and hear them digitally read back in their own voice rather than in generic, robotic diction. “Wow, that voice is sexy,” announces one man’s digital voice.

“Technology gets more powerful, more intuitive, and smarter every day, and I’m optimistic about what we’ll be able to do in the future—not only for individuals with MND but for the world at large,” said Liz Matthews, senior vice president of global brand at Dell Technologies, in a statement.

A behind-the-scenes documentary shows the process of conceiving the idea for “I Will Always Be Me” and creating the technology. Executives from Rolls-Royce, Dell, Intel and voice-banking platform SpeakUnique as well as a speech therapist and MND Association representative speak on the significance of using technology to support the lives of people with MND. The doc shows the challenge of revolutionizing the logging process and creating an accessible and valuable experience for the users.

“What I think is brilliant about this project is that you’re asking people to do something that’s very natural to them,” said Lama Nachman, Intel Fellow and director of Human & AI Systems Research Lab at Intel Corporation, in a statement. “True accessibility is about recognizing the human experience and building around it.”

Head of IT Innovation :
Stuart Moss

Dell Technologies: 'Dude You're Getting a Dell' guy is back showing how much has changed in the past 20 years