Can You Fake an Orgasm as Well as Meg Ryan? Tribeca Film Festival Invites You to Try | Ad Age
Skip to main content

Can You Fake an Orgasm as Well as Meg Ryan? Tribeca Film Festival Invites You to Try

As part of its 15th anniversary, the Tribeca Film Festival is inviting movie fans to fake an orgasm like Meg Ryan from "When Harry Met Sally," "see dead people" as Haley Joel Osmont did in "The Sixth Sense" and insist "Nobody puts Baby in the corner," like Patrick Swayze in "Dirty Dancing" via a roving, interactive outdoor display promoting this year's event.

Created out of JWT New York, the "Tribeca Fim Festival ReActor" asks passersby to re-enact key scenes from popular films. It then uses voice and facial recognition technology to judge how closely they came to the real thing -- and the high scorers will earn free tickets to the festival, which runs from April 13-24 in New York City. No matter how well -- or poorly -- participants score, the ReActor will insert their performances into the original movie scenes so they can be shared through social channels. The ReActor will travel around the city, stopping at major sights and at the Tribeca Festival Hub. Viewers can track its whereabouts via @Tribeca beginning on March 29th, 2016.

In addition to the ReActor JWT New York has also created a 15-image series of print/outdoor ads that depict how the New York City is the heart of the TFF. Each poster integrates a city landmark--like the Brooklyn Bridge, or the Freedom Tower -- or a familiar NYC image --such as subway doors or a street lamp -- into the Tribeca Film Festival logo. The ads will run in publications such as New York Magazine, The New York Times, Time Out New York, Entertainment Weekly. Out of home will appear in areas such as NYC airports, subway stations, Times Square and more.

"To celebrate this milestone year we wanted to create a campaign that is reflective of the Festival's roots in New York City, infused with an energy and openness that represents our mission," said Bari Komitee, VP-marketing, Tribeca Enterprises, in a statement. "The New York City images in the print campaign together with the classic films, technology, and just plain fun that the ReActor delivers is a great combination of cinematic storytelling and innovative technology, much like the experiences we bring to audiences." 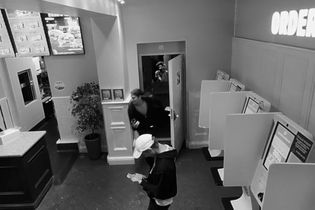 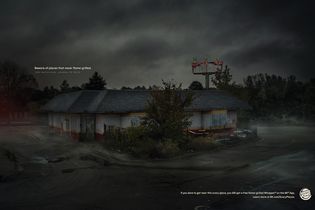