Best of 2014 #6 Interactive/Integrated/Social: Sony Develops Cute Apps to Show Off Its Waterproof Phone

Play Games in the Bath or Sing Karaoke in the Rain

At #6 in Interactive/Integrated, to show off the waterproof qualities of the Sony Xperia smartphones, Wieden & Kennedy, Portland created this series of inventive apps and games that could only work when the handsets were submerged in water.

As ruining your smartphone by dropping it in water becomes a thing of the past, smartphone manufacturers are having fun showing off their waterproof handsets this summer. First Samsung challenged Zurich-dwellers to take an underwater selfie. And now Sony has developed a set of cute apps for its Xperia Z1S handsets, that tell you when the phone is in, or out, of water.

The suite of underwater apps includes Goldie, an on-screen fish who gets happy when the phone is submerged, and starts flipping around when it's taken out; a "Tiny Umbrella" that you can put on your phone when it's raining; Plantimal, a mutant creature which you can make grow by watering every day and Sink Sunk, a tiny submarine game you can play in the bath. Rainy-oke lets you sing karaoke in the rain, and Photo Lab lets you "develop" photos by dunking the phone in water. Each app is being promoted by a 30-second video, developed by Wieden + Kennedy Portland, which also helped create the apps. 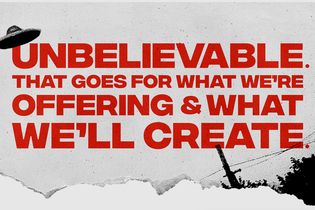 Sony Xperia: Sony's 'Underwater Store' in Dubai Lets You Check Out Smartphones in the Sea