Watch this vampire 'Romeo and Juliet' from Mercedes-Benz

Two things that seem to never die: Shakespeare and vampires. And apparently the Mercedes-Benz luxury G-Class vehicles, which have been offroading for over 40 years. To illustrate the popular cars’ longevity and timelessness, the brand launched “Immortal Love,” an eight-minute rendition of “Romeo and Juliet” with an undead twist.

Like a Baz Luhrmann remake of “Twilight,” the short film is an uber-stylish spin on the well-tread Shakespeare play. Directed by Mercedes' repeat collaborator Sebastian Strasser and starring up-and-coming musician Rimon as a rap megastar, “Immortal Love” follows ultra-fashionable characters as they speed around in Mercedes’ G-Class lineup, splashing up mud and stirring up star-crossed drama.

Basically, Rimon’s Bowie-esque manager does not approve of her love affair with a young journalist. The manager tries to keep him away from Rimon’s 463rd birthday party, where operatic singing and slow-motion shots of dancing partiers create a smorgasbord of dreamy, gothic imagery.

Blood spews across the screen and faces scream from beneath sheer veils as pulsing music tensely builds up to the film’s climax. A nearly fatal confrontation ends far happier than the classic piece of high school required reading, and Rimon and her lover drive away from the bacchanal in their Mercedes-Benz, along with the tagline “stronger than time,” the brand’s ode to both Valentine’s and their legacy vehicles.

“We’ve created a progressive film world in which vampires from all eras meet G-Classes from the last 40 years—a unique cast that unites all decades and model series,” said Bettina Fetzer, VP communications and marketing at Mercedes-Benz AG, in a statement. “In this way, we are memorializing the incomparable longevity of our agile off-road icon.”

The campaign will run in shorter variations across social media and also includes still photography by Antonio Afonso. The push also included the “G-Class Private Lounge,” a platform for owners to interact forum-style and receive news and exclusive content straight from Mercedes-Benz. 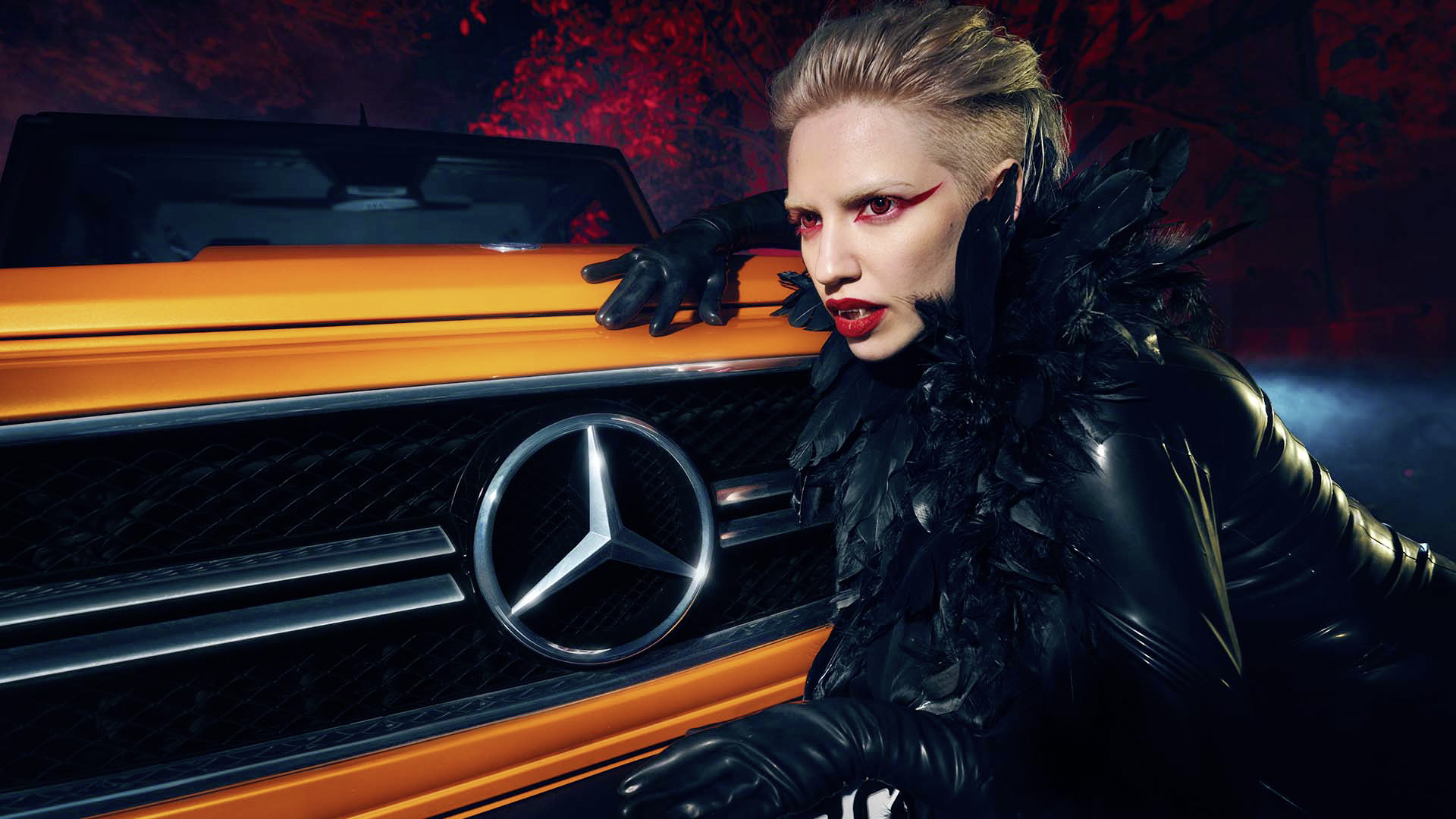