The collaboration between Adult Swim and Wendy’s continues after the success of last year’s ad campaign that pit the restaurant’s breakfast items against the animated heroes of “Rick and Morty,” a show documenting the slapstick, dimension-hopping adventures of the grandpa and grandson duo.

This year's ad, created with agency Spark Foundry and animated by the Adult Swim team, finds Rick and Morty returning from a mission only to freeze in their tracks when they spot a threatening Breakfast Baconator, Honey Butter Chicken Biscuit, and Frosty-ccino watching menacingly from outside their home’s window.

“Hold still! They might go away. It’s possible they see by movement,” Rick instructs Morty before the foods slam sinister signs against the glass demanding the popular characters read out Wendy’s menu items and “choose wisely, choose Wendy’s,” the video’s slogan.

The video is just part of the "Rick and Morty" Wendy's campaign, which also included an immersive store takeover in southern California last weekend and launched exclusive Coca-Cola Freestyle flavors in over 5000 Wendy's restaurants to celebrate the show's fifth season. 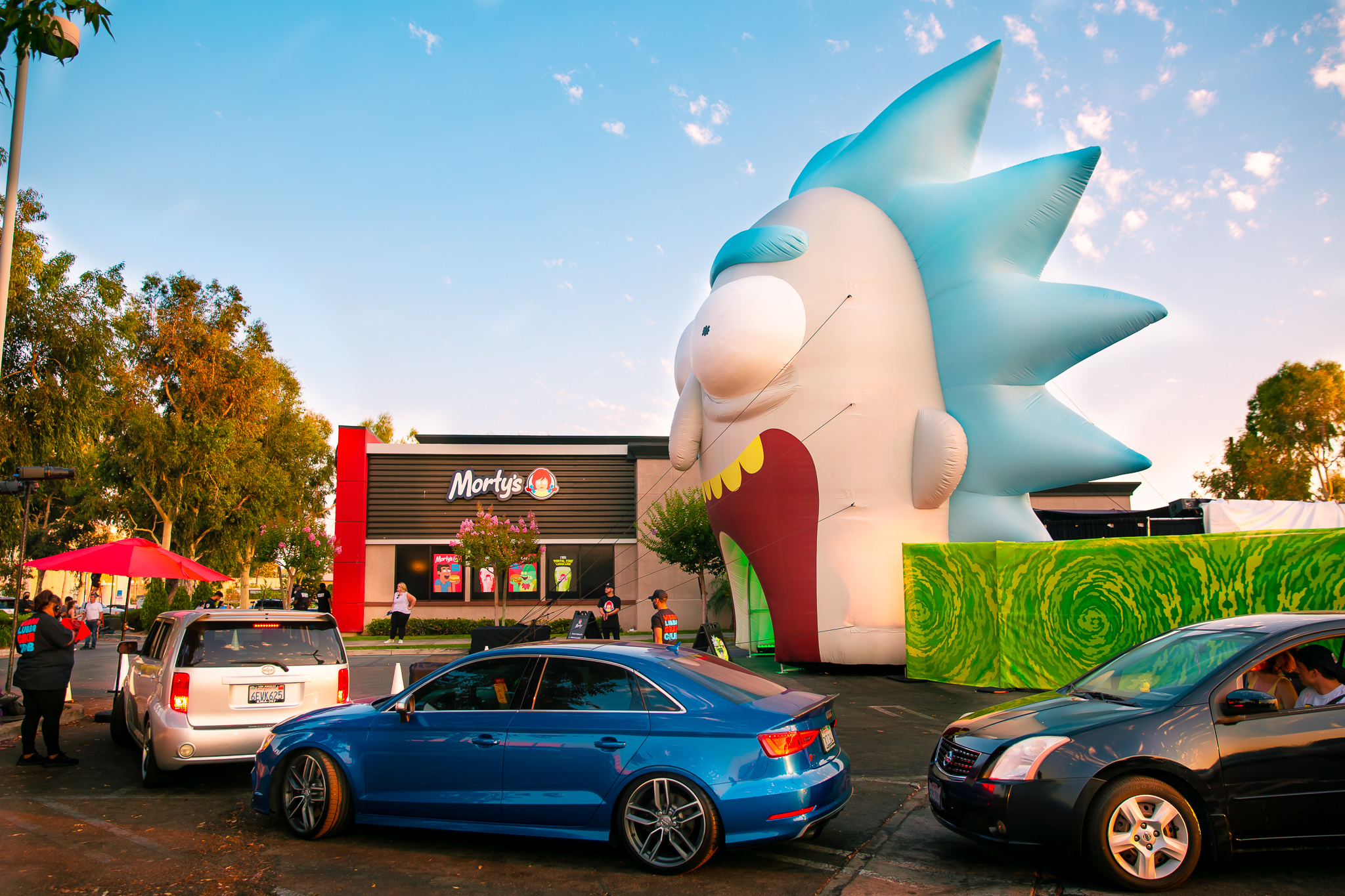 Last year’s partnership between the brands boosted metrics for Wendy’s breakfast. Brand consideration lifted 41% and brand recommendation grew three-fold. Wendy’s unaided awareness grew by 88%, and WarnerMedia reports that 76% of “Rick and Morty” viewers expressed higher interest in Wendy’s because of the partnership.

Adult Swim: Rick and Morty lace up for Adidas in new co-branded short

Wendy's: Wendy's mascot gets a punk makeover in campaign for newest U.K. outlet