Symbol designed for video calls is now rolling out in the U.S.

A simple hand signal designed for video calls can alert others to people who are suffering from domestic abuse during the pandemic, in the latest campaign to combat the huge rise in violence in homes.

Agency Juniper Park/TBWA in Canada came up with the idea of the gesture, a clenched hand with fingers entrapping the thumb in the palm. It can be visually displayed by those facing violence at home during any video call to alert family, friends, and colleagues that they need help without having to explicitly say anything.

The initiative, launched in Canada in mid-April via wthrough the Canadian Women's Foundation, is now rolling out across the U.S. with the Women's Funding Network (WFN), which is partnering with Salesforce to highlight it. Downloadable instructions on how to display the hand signal can be found online, but the idea is that the symbol means that victims don't leave a digital trace that they are trying to seek help.

“Public health directives on home isolation compound the danger for those living in abusive situations, and abusers may monitor their devices to ensure that what is going on inside the home is not shared,” said Paulette Senior, president and CEO of the Canadian Women’s Foundation, in a statement. “This new reality requires new methods of communication to help those facing gender-based violence."

Media such as Vogue and celebrities including Amanda Seyfried are sharing the initiative on their channels and  there are plans to roll it out in France, Spain, and Australia in the coming weeks. 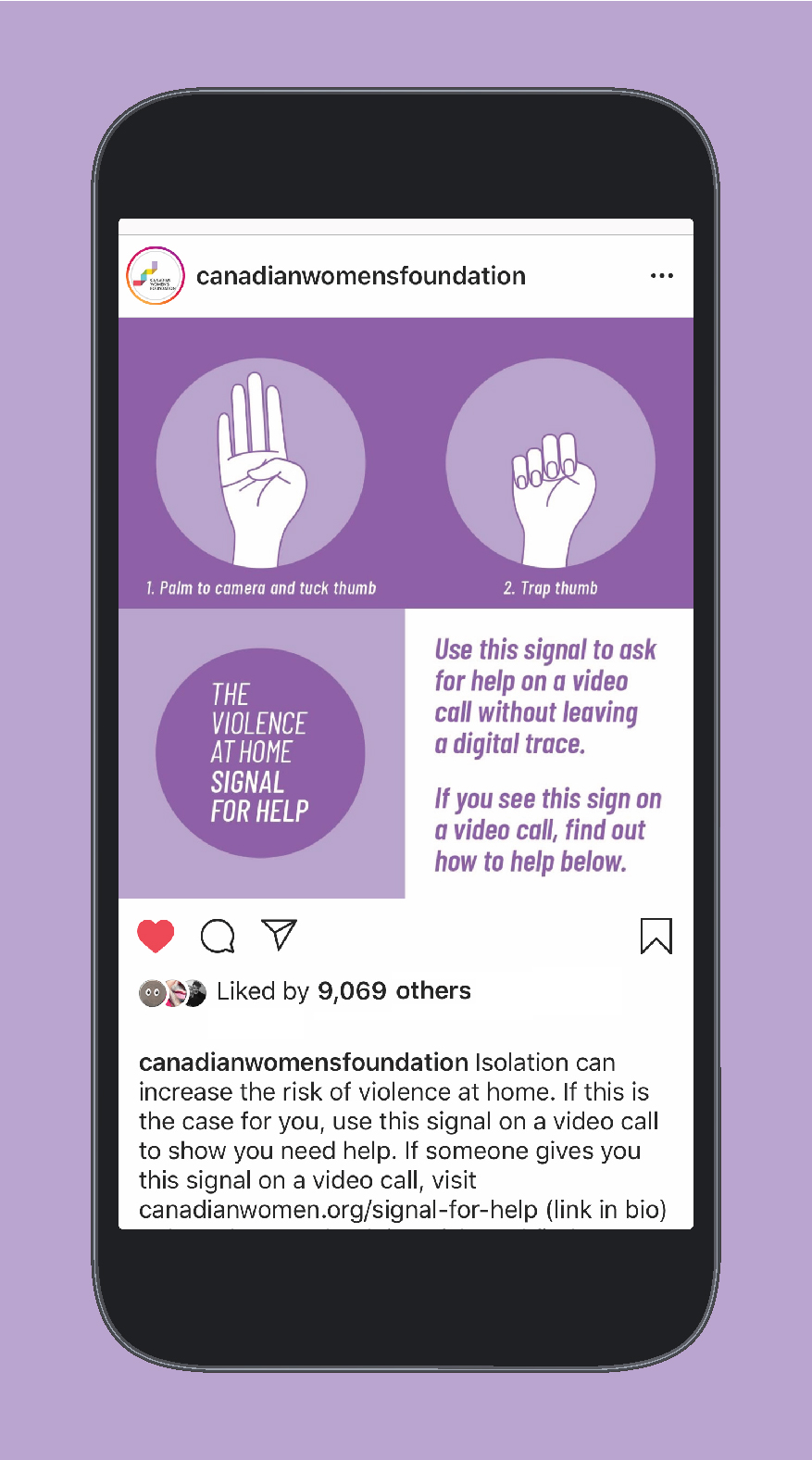