This Spot Highlights Male Mental Health With a Boxing Analogy

Spot Urges Guys to 'Get in Your Mate's Corner'

A new campaign from U.K. mental health charity Time to Change highlights how men can help their friends in times of depression, just as they would with a physical problem.

The spot, by Ogvily & Mather London, shows three guys sauntering through the steets in macho style to hip-hop music, carrying various items -- a stool, a bucket and a water bottle. Confident and admired by all who see them clearly off to do something bravely "male" and heroic. Finally, they arrive at a garage where their friend works and tell the boss they're here to help him. The friend is clearly depressed, but they jump in and tend to him like a boxer in a ring, with the items they were carrying. The film ends with a voiceover that tells us that one in four men will suffer mental health problems this year, and "having a mate in your corner can make all the difference."

Jo Loughran, director of operations at Time to Change, said in a statement: "Our research clearly shows that mental health problems are just not on the radar for men. However, we also know that men feel strongly about brotherhood and friendship and can play a vital role in looking out for their friend's mental health and wellbeing. We want to show that being in your friend's corner doesn't have to be difficult or awkward."

The ad was directed by Ben Whitehouse at Agile Films. It's part of an integrated campaign that will also include OOH and digital executions, and will be followed with a campaign burst targeted at young people and their parents in March along a similar theme. 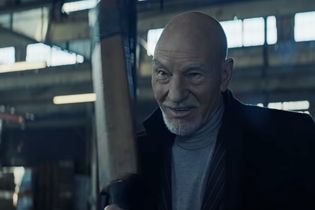