How brands are helping to get out the vote 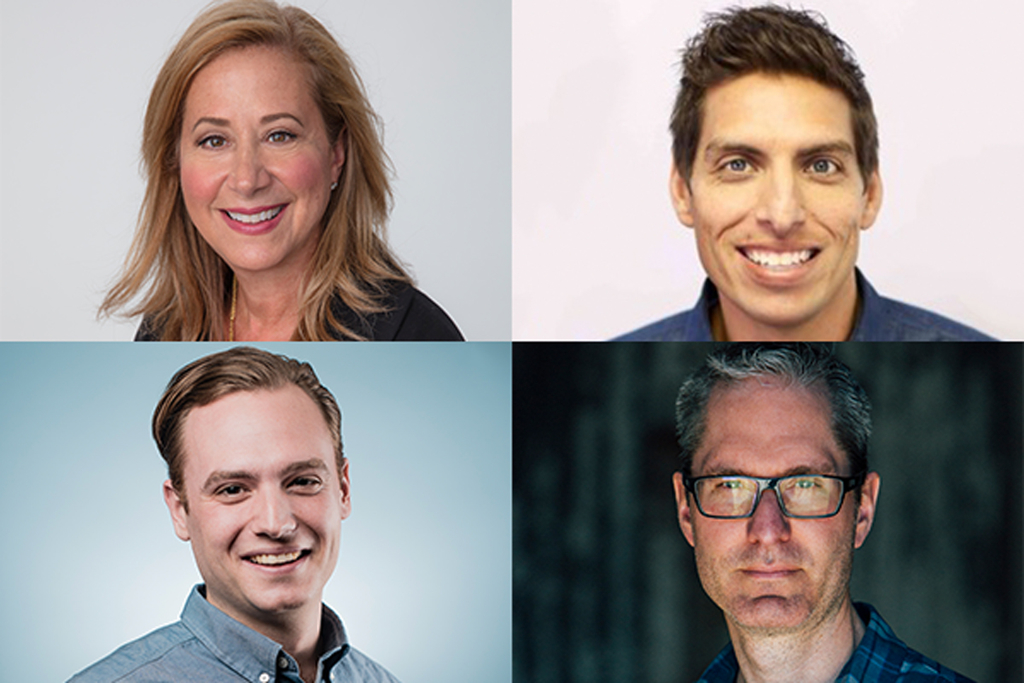 Leaders from Patagonia, Democracy Works and the Ad Council’s strategic consultancy, Ad Council Edge, weigh in on the relationship between purpose-driven marketing and driving voter turnout in the 2020 election.

The Ad Council and Democracy Works recently partnered to release “Driving Voter Turnout in 2020: Research on Effective Messaging Strategies for Each Generation.” Lisa Sherman, the Ad Council’s president and CEO, talked about brands’ roles in the upcoming election with Derrick Feldmann, managing director of the Ad Council’s strategic consultancy, Ad Council Edge; Seth Flaxman, co-founder and CEO of Democracy Works; and Cory Bayers, vice president of marketing at Patagonia, which has spearheaded Time to Vote, a coalition of more than 400 businesses who’ve pledged to create cultures that enable voter participation.

Lisa Sherman, president and CEO, Ad Council: Seth, in today’s business landscape, where purpose-driven marketing must contend with a fraught election-year climate, what current trends are you seeing with brands and voter turnout efforts as we look to 2020?

Seth Flaxman, co-founder and CEO, Democracy Works: Well, democracy itself is trending! In the 2018 election we saw unprecedented levels of civic engagement, and all signs point to sustained enthusiasm moving towards 2020. The second biggest trend of 2020 will be companies doing their civic duty to help their employees, users and customers become active participants in our democracy.

Sherman: And how do brands define what their role in voter turnout should look like?

Cory Bayers, vice president of marketing, Patagonia: Our democracy is dependent on people voting. Time to Vote is a collection of companies representing all states and a wide variety of industries that all believe in contributing to the culture shift that is needed to increase voter participation in our elections. Business leaders can act as a force for good by giving their workers paid time off on Election Day—whether it’s a full day or a couple hours—or by coming up with creative accommodations, such as making Election Day a no-meetings day or providing resources to facilitate mail-in ballots and early voting.

Flaxman: Brands can create a culture of voting by reaching people where they are and encouraging them to engage. We’ve seen that these efforts aren’t just good for democracy; they’re good for business. The Global Strategy Group’s July 2018 survey found that 76 percent of people were more likely to work for a company that promoted democracy; 81 percent were more likely to buy that company’s products or services; and more than 80 percent were more likely to recommend the company to their friends and family. In 2018, we saw the highest midterm turnout in a century, and with corporate leadership, we can make 2020 the highest presidential turnout in a century.

Sherman: What are the unique challenges we face in trying to increase turnout for the 2020 election while remaining nonpartisan?

Derrick Feldmann, managing director, Ad Council Edge: One challenge is that focusing on voter turnout may feel inherently partisan to some—there’s the idea that raising voting rates among youth and minorities, for example, equates to an effort to create a higher turnout for Democrats. But that’s not necessarily true. Voters on both sides of the aisle are sitting out our elections for a number of reasons: They’re less attached to political parties, their friends and family don’t vote, they don’t live in a competitive state or they face a process that is too difficult.

Another challenge has to do with whether or not to take a side on today’s hot-button issues. In our research with Democracy Works, we found that of all the messages we tested, the “Issue frame”—“I vote because there are important issues that deserve my attention and action”—was the most inspiring, believable and relatable for potential voters.

If you’re Patagonia, you are focused on climate change, and that battle is central to your mission. But most companies want to use a more generic message: “There’s a lot at stake, so it’s important that you vote for the issues that matter to you and your community.” Done carefully and thoughtfully, an issue-based approach can be both powerful and nonpartisan.

Bayers: Increasing voter turnout is a nonpartisan cause. All Americans benefit when more of us exercise our civic duty.

Flaxman: This research confirmed that people across generations and demographics value their right to vote, believe voting is critical to democracy, have confidence that every vote counts and encourage friends and family to participate. Our main challenge in getting out the vote is providing voters the information they need to register and vote. With authentic and compelling messages, companies can play a powerful role around providing this information and creating onramps to voting throughout our culture.

Sherman: Derrick, the research shows five dominant message frames that you tested from recent vote campaigns: Issue, Identity, Empowerment, Companionship, and Plan/Ease. You mentioned the Issue frame, so can you explain what the five frames mean and why they are so important?

Feldmann: To start, why did we do this research? First, voting rates are critically low in our country, and we all need to do something to reverse those trends. Second, the Ad Council saw a gap in research-based messaging, which presented an opportunity to educate ourselves and help the broader field at the same time. Third, a lot of vote messaging is generic, one-size-fits-all, and doesn’t inspire voters.

We wanted to explore this, so we tested messaging frames among Gen Z, millennials, Gen X and boomers, and across different demographics: African-Americans, Hispanic-Americans, Asian-Americans, rural residents and military veterans. We looked at five frames to see what did resonate: Issue (“I vote because there are important issues that deserve my attention and action”), Empowerment (“I matter as a member of society and, therefore, so does my vote”), Identity (“I am proud to be a voter”), Companionship (“I vote because I my friends and family vote”), and Plan/Ease (“If I have a plan, I’ll be more likely to vote”).

We found that the Issue frame was by far the most appealing, believable and shareable—across all demographics and generations.

But we also found nuanced differences between these groups. Our most important recommendation is to keep generational and demographic differences in mind when crafting messages, whether it’s a tweet, Instagram ad, blog post, PSA or employee-engagement initiative.

Sherman: Cory, with your Time to Vote initiative, Patagonia is leading the corporate effort to increase voter turnout. How has this project grown since its inception, and what are the tangible effects you’ve seen? How do they speak to the viability of Seth’s goal for 2025?

Bayers: Time to Vote launched ahead of the 2018 midterms with 411 companies participating from every state in the country and a variety of industries. The initiative generated 270 news articles with 680,000 shares on social media and $1.6 million worth of equivalent advertising value. We don’t say that to brag. We use those stats as evidence of how popular Time to Vote is. And we didn’t see any negative news stories.

Sherman: Derrick, what do you personally feel our report can accomplish, and what does it signify for our path going forward?

Feldmann: We conducted this research with that hope that it will help anyone—whether a corporation, nonprofit or local government—raise voting rates.

We also know that Gen Z and millennials combined will make up 37 percent of the electorate next year, and this richly diverse generation will no doubt have a profound impact on the direction of our country. The Ad Council is very interested in continuing to research, test and figure out the best ways to inspire people to vote and engage in their communities.

Sherman: Cory, based on the success Patagonia has seen with Time to Vote, what is the one piece of advice you’d give to brands who are questioning their role in the 2020 election?

Bayers: Time to Vote is nonpartisan and not prescriptive. It rises above politics, and it is up to the CEO to determine how to ensure his or her employees have a work schedule that allows them to vote.

Sherman: Seth, your goal at Democracy Works is to reach 80 percent voter turnout by 2025. What do the current findings tell us about that goal?

Flaxman: Achieving 80 percent turnout will take all of us. Democracy Works will help by providing the strategies and technology that let us turn the internet into an onramp for voting while helping every type of company develop a strategy that makes sense for their brand. We are modernizing the voting experience by directly texting and emailing millions of voters and integrating with sites like Google, Facebook and Snapchat that people visit every day. By combining our technology and partnerships with the work others are dedicating to this goal, we can fundamentally improve the health of our democracy.

The Ad Council
View all articles by this author