The Phrase, Named Ad Age's Slogan of the Century in 1999, Is Making a Comeback with Forevermark Diamonds
READ THIS NEXT
How research drove the bold rebranding of an iconic company

The phrase that Advertising Age named "Slogan of the Century" in 1999 is set to make its mark on this century.

Forevermark announced it is rebooting "A Diamond is Forever" for an integrated holiday campaign, due out this fall. The De Beers Group's diamond brand was launched in 2008.

The phrase has been part of popular culture for decades, used in every single De Beers engagement ad for years, including the "Shadows" campaign of the 1990s. Today, the phrase still appears on the De Beers web site.

Copywriter Frances Gerety came up with the famous phrase in 1947 for De Beers, and a successful campaign using the slogan drove diamond sales and solidified the gem's reputation as the best and only way to announce your betrothal and love.

Forevermark's holiday campaign, aimed at both engaged and married women, will target consumers seeking diamonds of half a carat and larger. In addition to print and digital media, marketing efforts will include a commercial called "Forevermark: A Diamond Is Forever" and a launch event in New York. 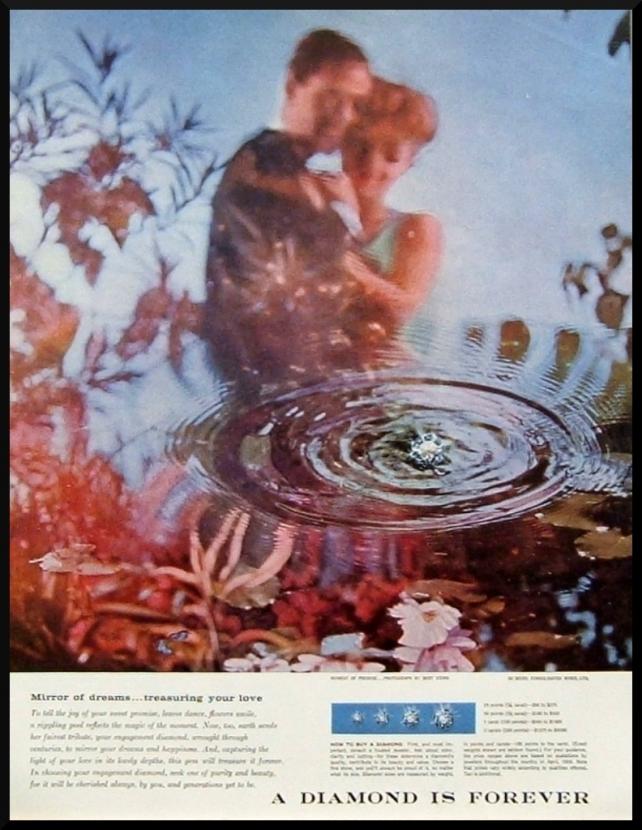 An illustrated De Beer's ad from the 1950s uses the slogan.

Charles Stanley, Forevermark U.S. President, said the phrase was chosen for the diamond brand because it's universally recognized and understood. When the brand researched the phrase, Mr. Stanley said people didn't necessarily associate it with any particular name -- not even De Beers. But, he added, the fact that the slogan wasn't tied to a brand name added to the opportunity to tie its equity to Forevermark.

"It can bring greater emotional attachment to our name and can help us propel our awareness much more strongly," Mr. Stanley said, adding that research showed the phrase had huge emotional relevance with consumers, who immediately understood the "eternity of love" association with diamonds.

He added that the phrase speaks to an aspiration of people everywhere: to love and be loved. "And along with that is the aspiration to last forever. To hold on your hand forever," Mr. Stanley said.