READ THIS NEXT
Watch live on April 5: Ad Age Town Hall on investing in minority-owned businesses

Today's strike, scheduled just ahead of the U.N. Climate Action Summit in New York, is the third event in a series of global protests that began with student walkouts last year. New Yorkers marched from Foley Square to Battery Park in Lower Manhattan, mirroring protestors in cities around the world.

Agencies like Wieden + Kennedy and BBH Group publicly encouraged employees to march in the event, while the design firm Doberman, with support from clients, closed its New York office for the day. "We got a lot of high-five's from them," says Michael Burkin, the firm's managing director. "We're hoping some of them will actually join us for some piece of the march today."

Seventh Generation put real dollars behind the climate protest, donating its national broadcast advertising airtime to the climate advocacy group, 350.org, for the past week. The total value of these spots is in the six figures, says Hanneke Willenborg, the brand's chief marketing officer. "The best thing we can do as a company is give a
microphone to the organization that needs it most," she says of the 350.org partnership.

Willenborg and other employees at the Unilever-owned cleaning and personal care brand traveled to New York today to march alongside team members from its sister company, Ben & Jerry's. "We were very happy when the youth climate strike movement did an appeal to adults and businesses to join," she says.

Tumblr promoted today's protest through its social impact blog and partnered with the advocacy group, Fight For the Future, to circulate easy-to-share Climate Strike graphics across its platform.

"We've seen a huge emergence in the last year of climate activism among users," says Victoria McCullough, director of social impact and public policy at Tumblr. "Our science community has been activated."

Some of the day's most active ad industry participants are members of the Potential Energy Coalition, a non-profit group that formed last year to apply marketing industry expertise to the climate change problem. The coalition counts R/GA, Droga5, Digitas and Nielsen among its members.

"It really is a communications problem in addition to being a scientific problem," says John Marshall, the group's president and an executive at the creative consultancy Lippincott and Dan Schrag. "Only 20 percent of people think there's scientific consensus on the issue. We're trying to add the force of marketing to the force of activists and strikers." 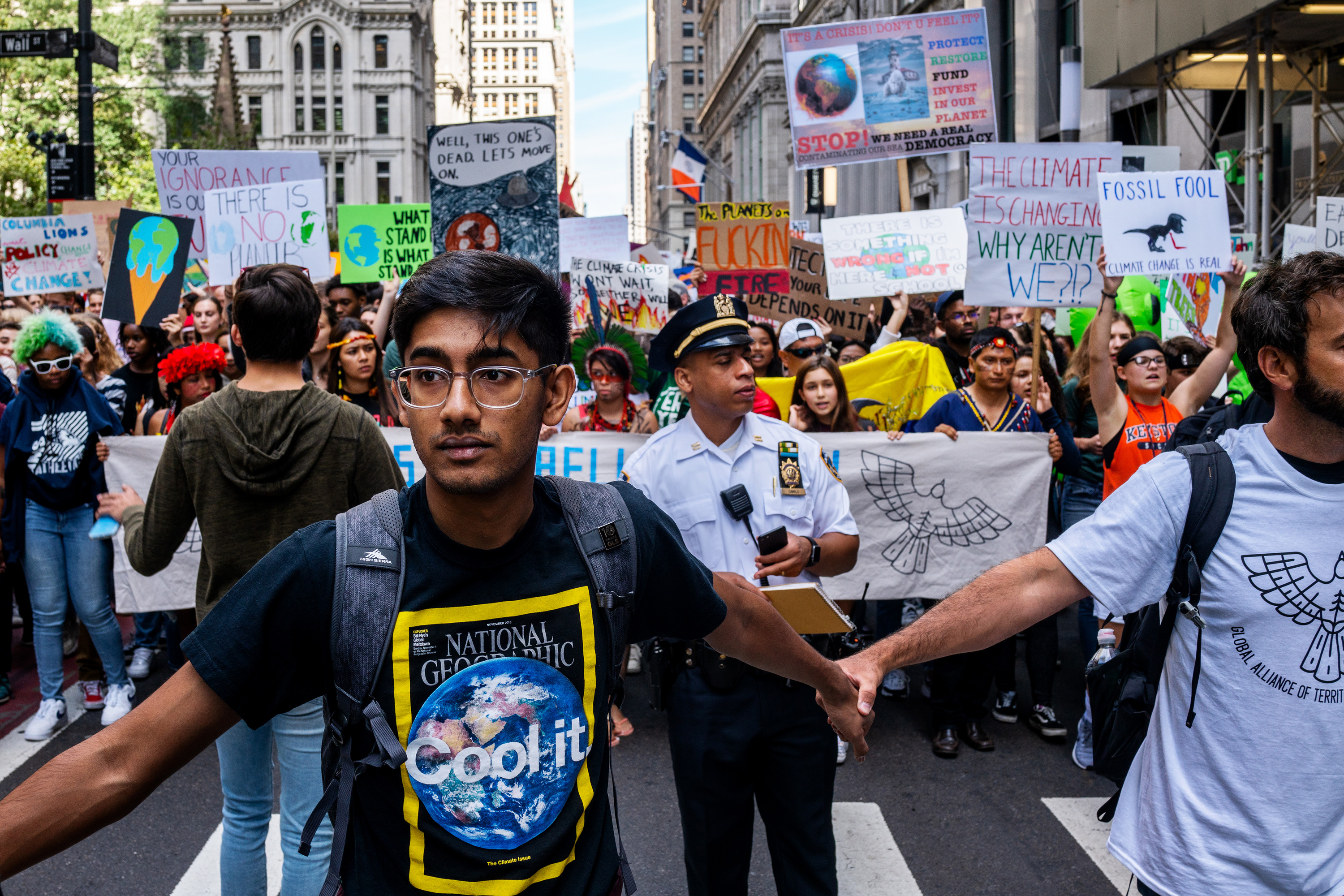 Protesters hold hands during the Global Climate Strike demonstration in New York, U.S., on Friday, Sept. 20, 2019. Protesters took to streets, parks and plazas around the world on Friday in a day of action demanding more aggressive steps against global warming.