Follow the Money: Ads on NBA Jerseys Open the Doors for Other Top Sports | Ad Age
Skip to main content

Follow the Money: Ads on NBA Jerseys Open the Doors for Other Top Sports 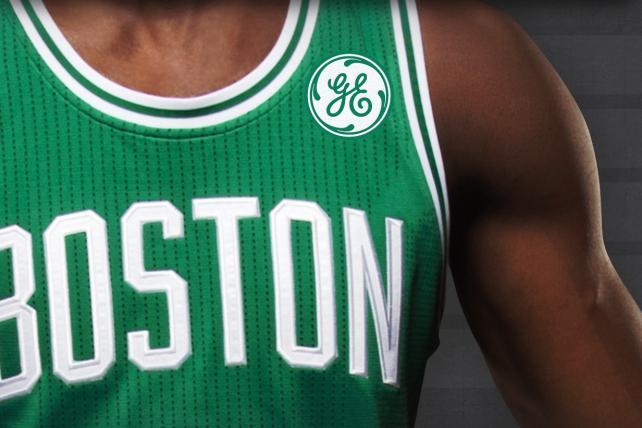 Five years ago, the NBA hired SRI, a sponsorship research firm, to analyze the possibility of an unprecedented move in major American sports: placing ads on jerseys.

The internal study assessed the value of the ad-on-jersey opportunity, which is widely popular around the world, from the English Premier League to India's International Cricket League. Where there was money to be had, most major international sports bodies had cashed in. But none of the big four North American sports leagues -- the NFL, the NBA, MLB and the NHL -- wanted to take the first step.

There was hesitation within the NBA as the study proceeded. The chance for new revenue was clear, but it was harder to anticipate how fans would react. In the NBA, like almost every other pro sports league, the entire experience was already heavily branded: Teams sell rights to stadium names, mid-game entertainment, special seating sections and almost every panel of free space within the arena. TV broadcasts included another layer of advertising and sponsorship, including branded half-time analysis and in-game segments. The jerseys, it seemed, were the final remnant of non-commercialized purity.

David Stern, then the league commissioner, and NBA team owners eventually axed the idea of placing ads on jerseys. But when Adam Silver took over as commissioner, in 2014, the study was revisited. It helped that the less-scrutinized WNBA by then had about five years of history with ads on jerseys, and the revenue to show for it.

Starting next season, NBA teams can wear jerseys with 2.5 by 2.5-inch ads above the left breast, a first that's calibrated to give brands exposure without turning players into human billboards.

"The patch is a reasonable solution to balance financial needs and honor the integrity for team names," said Michael Neuman, a managing partner of Scout Sports and Entertainment.

Nine NBA teams have signed with brands, many of them backyard deals. General Electric, headquartered in Boston, will display its logo on the Celtics jersey in a $7 million-per-year deal. Goodyear, based in Akron, Ohio, will pay more than $10 million to appear on the uniform of the Cleveland Cavaliers.

Brands will try to make the deals appear to fans and players as something more than a rental of ad space. Infor, a New York software company whose logo will appear on Brooklyn Nets jerseys next season, is also providing data and analytics for the Nets organization. The sponsorship, Neuman said, "is a constant reminder of the integrated partnership."

These local sponsorships are as old as ads on jerseys themselves. When Kettering Town became the first English football club to place a brand on its uniform, in 1976, it opted to partner with Kettering Tyres for what the club described as a "four-figure" deal.

Matt Manning, exec VP-global sales and marketing at MKTG, said the NBA's move was a "leap of faith," but a well-timed one. Fan complaints have been minimal so far. And the $5 million-to-$10 million yearly intake -- although the champion Golden State Warriors are asking $15 million to 20 million -- is well worth it for NBA teams.

Half the money from such sponsorships, per NBA rules, will go into a league-wide revenue pool.

According to sports sponsorship and branding experts, it's not surprising that the NBA was the first to explore this source of revenue. Professional basketball has often been ahead of other leagues in terms of social issues and branding, and it's not held back by a population of purists to the same degree as baseball. The game's increased presence in Asia -- the NBA has over 170 employees based in China -- also plays a role.

Backyard sponsorships are "a very safe start" in terms of public perception, Manning said, but, "after a few years, they get more money [from more distant sponsors] and nobody really cares."

He compared the NBA's voyage into jersey sponsorships to other pro leagues moving teams to Las Vegas, which worried some people because of its association with gambling. The NHL announced Las Vegas as the home of its new franchise in 2016, and the NFL announced the Oakland Raiders' move to Sin City earlier this year.

"I don't think anyone wanted to jump first," Cooper said.

Now that the NBA has made its move, the question becomes who's next. THE NFL and NHL both have ad deals for practice jerseys, a possible precursor of the inevitable, but hockey, Manning said, will be the next to cash in.

"100% the NHL," Manning said. "I don't think the NFL is going to be a trailblazer. When there's critical mass, they'll jump on."

Cooper and Neuman agreed. During this past season's All-Star break, NHL Commissioner Gary Bettman said placing ads on jerseys is "not an active discussion among NHL clubs" and it would take "a lot of money" for him to seriously consider the idea. Bettman noted the historical significance of the NHL brand.

But it's hard to deny the revenue opportunities for teams, historical significance or no. Cooper said he's worked with the Toronto Maple Leafs, an Original Six team, and if the jersey opportunity opens, the team has already negotiated which brand has the first right.

Neuman guessed if the NHL were to place ads on its uniforms, they would be large patches underneath the back numbers.

The MLB is likely to be last on the uniform sponsorship bandwagon, if it ever comes along. The league faced major backlash, in 2004, when it sold ads for the movie "Spiderman 2" to appear atop bases. Facing an outcry, commissioner Bud Selig agreed it was not worth the controversy, citing his own "traditionalist" attitude toward the game.

"The problem in sports marketing, particularly in baseball, is you're always walking a very sensitive line," Selig said then.

That was over a decade ago. And today, with ads and branding bombarding viewers from endless angles, that line could be fading. This week, American and National League players faced off in the 2017 MLB All-Star Game presented by Mastercard, and Yankee Aaron Judge crushed 47 homers in the T-Mobile Home Run Derby.

"The population of purists, I think we're 13 years removed," Neuman said of the 2004 incident. "A lot has changed."