'Game of Thrones' fans, Oreo wants to know where your loyalties lie

The cookies will be embossed with house logos
READ THIS NEXT
DiGiorno bakes pizza ‘Pi’ Super Bowl stunt, and Etsy basks in glow of Bernie’s mittens: Trending 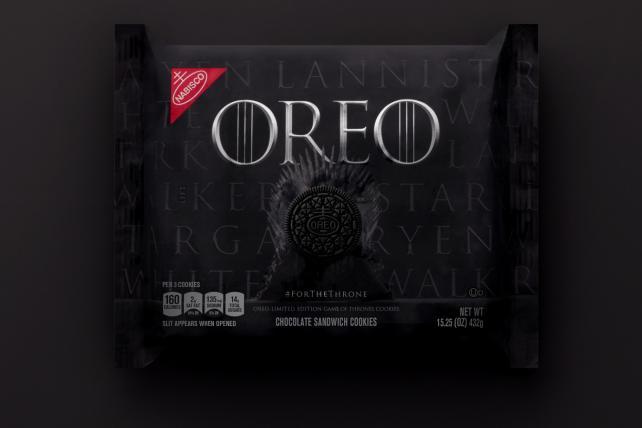 In conjunction with the final season of "Game of Thrones," Oreo is releasing limited-edition cookies inspired by the HBO series.

The cookies will be embossed with different house logos representing families who are left battling for the throne, as well as with the White Walkers from beyond the wall.

Fans can pledge their loyalty to either House Stark, House Targaryen, House Lannister or The Night King by using the #GameofCookies and #ForTheThrone, or by visiting Oreo's website. Some fans will be rewarded for their fealty with "special treats" throughout the season.

Oreo and HBO have also collaborated agency 360i and Elastic, the company behind the "Game of Thrones" titles, to create a new joke Oreo version of the opening sequence that will include an animated landscape built with more than 2,750 Oreo cookies.

Oreo "Game of Thrones" cookies will be available April 8. The show's final season begins on April 14. 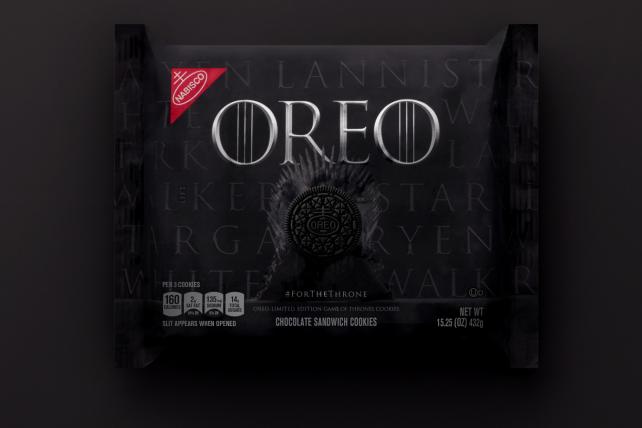 Mondelez International's Oreo is one of several brands eager to partner with the show, which will air its final season. PepsiCo's Mtn Dew has limited-edition "Game of Thrones" cans and a theme song video featuring Migos, The Chainsmokers and several pro sports stars.

Other brand tie-ins include "White Walker" Johnnie Walker scotch, and Bud Light, whose Super Bowl spot alluded to the series.