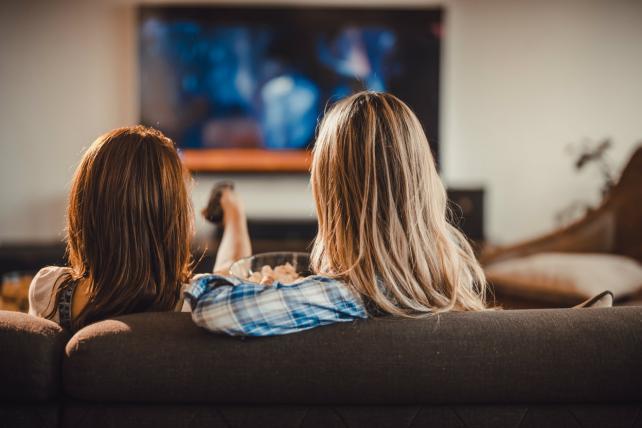 What people are talking about today
Happy 2019! The new year just ushered in a few new laws that marketers might want to know about. In New York City, styrofoam cups, plates and packing peanuts are banned now. In California, despite cannabis being legal, bars aren't allowed to serve booze and marijuana in the same drink, The Wall Street Journal writes. Also, if you're looking for a change of scenery in 2019, consider this: Vermont will pay people up to $10,000 to move there, as long as they work remotely for a company in another state. Here's the link to a real estate site for some old Vermont farmhouses, so you can start daydreaming now.

New Year's resolutions
Just in time for all those "new year, new you" resolutions, Equinox has a campaign out that aims to convince us that working out will make us not only super-fit, but glamorous, artistic and sexy. Its new ad is full of beautiful people, including a couple locked in a passionate embrace. Which is not an activity that you typically engage in between laps of backstroke. For romance you might go to a hotel, and -- aha! -- Equinox is launching its hotel brand soon. Adrianne Pasquarelli writes in Ad Age that "Equinox is bringing its 15-year-old tagline, 'It's not fitness, it's life,' back to the forefront of its advertising as it seeks to become a full lifestyle brand." Check out the spot here. And then feel extra guilty about the two pounds of spinach dip you devoured on New Year's Eve.

No deal
CBS and Nielsen have reportedly failed to come up with a new deal, and the contract for Nielsen to measure CBS audiences lapsed as 2019 started, Variety reports, citing two unnamed sources. Talks are likely to continue, the report says. But "CBS has been weighing dropping Nielsen and instead using its own data as well as measurement information from Comscore, a Nielsen rival, to do deals with advertisers," Variety says. Given that there are so many ways to watch shows now, including on streaming services, Variety says that "TV networks believe Nielsen's overnight ratings are no longer are not longer the critical yardstick of viewership they once were."

Just briefly:
Whodunnit: After a hacking attack temporarily shut down the printing of papers including the Los Angeles Times, Chicago Tribune and Baltimore Sun, there's a lot we still don't know. The company behind the newspapers did not say if the hackers "may have ties to a foreign government, how they infiltrated the company's network or what their motives may be," The Washington Post writes.

Tastes great, less filling: "Fifco USA, whose brands include Labatt and Genesee, recently debuted what it calls a 'spiked still water,' that contains about as much alcohol as a light beer," E.J. Schultz writes. It's called Pura Still.

Pooey Puitton: In a lawsuit, the "maker of the $59.99 toy purse known as 'Pooey Puitton' argued that the purse does not infringe on Louis Vuitton's intellectual-property rights and should be protected as parody," Quartz writes. The purse in question is shaped like a poop emoji.

Ads of the day: Ad Age's Ann-Christine Diaz looks back at the top 10 TV and film ads of 2018. (Remember that time 7-Eleven Norway upset the national tourism board because it branded Norway as the "land of chlamydia"? No? Well, it's a must-see.)