What's this?
This content is created by an Ad Age Publishing Partner. Find out more about this program.
Agencies

Learning to recognize the triggers that precipitate new business opportunities will help your agency prioritize accounts most likely to convert
Credit: Courtesy Winmo

Predicting agency review timelines and requests for proposal is part art, part science. But learning to recognize the triggers that precipitate new business opportunities will help your agency prioritize accounts most likely to convert.

Since January 2015, Winmo has managed the Vulnerable Account Index (VAI), a list of brands that have shown signs of new business triggers.

With agency review predictions coming to fruition over 80% of the time, our agency customers always ask us, “how do you know?” There’s no crystal ball, but there are leading indicators.

These changes indicate a brand will soon be shopping for new agencies on a permanent or per project basis. And the earliest to approach (with the most relevant offerings) have the best chance of success.

Here’s a sneak peek behind the triggers that our analysts use to identify opportunities so agencies can strike while the iron’s hot (plus real-life examples from Winmo).

Let’s get the most obvious sign out of the way first. An incoming CMO will likely review agency relationships within the first several months of their appointment. Give this variable the most weight when predicting possible reviews.

Example: The Houston Rockets just became the first NBA team to hire a CMO.
Score: 67 (a review could be on the way in the next nine to 12 months; possibly sooner)

The NBA is obviously focused on advertising efforts for the Rockets and tends to target Gen Z and millennial men (especially sports enthusiasts) via TV, digital, paid social, OOH, print and local broadcast.

If a brand is under-performing or struggling to reach its target demographic, something’s gotta give. Whether it’s a public company that needs to show stockholders everything is under control or a startup that must adjust performance to stay afloat, a struggling brand is far more likely to reshuffle their agency lineup.

By Q3 2020, not long after appointing CMO Adrial Bhatia, Pier 1 Imports had closed all of its stores, and Retail Ecommerce Ventures (REV) acquired the IP and data. REV has also collected retailers Modell’s, Dress Barn and Radio Shack to launch as D2C options. This acquisition came after Pier 1 filed for bankruptcy and sought a buyer in early 2020.

Since we have not yet heard of any roster shifts since the company’s CMO hire, your agency should keep reaching out for potential work. Competition includes Droga5 (creative) and The Blueshirt Group (PR).

Agency hires tend to follow one another. A new media AOR appointment can be followed by a creative hire, a PR hire, digital appointment and more. If a brand is changing one piece of the puzzle, they’re more likely to shift the other pieces as well.

The chain of combined restaurants and stores appointed Dentsu as its new creative and media AOR, replacing incumbent Havas Chicago. Dentsu’s responsibilities now include strategic, creative and paid media. In response to the global pandemic, this company temporarily closed its dining rooms. It also added beer and wine at 350 locations.

Gen X and boomers, particularly moms and travelers, tend to make up most of Cracker Barrel’s target demographic. The company invests heavily in OOH advertising. In fact, it exclusively advertised on billboards until 2020 with 1,600-plus billboards around the country that urge travelers to visit its restaurants. These travelers reportedly make up 40% of Cracker Barrel’s business.

Right now, according to execs in the company’s latest call, it has enhanced its focus on marketing in Florida, so agencies able to support these local plans will have an upper hand. Your agency may also be able to secure digital analytics, PR and/or social media management work. Right now, Edelman handles PR.

Scouting out brands amid funding rounds is another way to identify which marketers will soon be flush with cash to spend on advertising and marketing initiatives.

Example: Oliver Space taps top marketer and lands funding round amid spend increase.
Score: 72 (signs of an agency shift; review could be six to nine months out)

Furniture company Oliver Space landed a $13 million Series A funding round led by U.S. Venture Partners. Along with this new funding, the company raised $21 million in equity and $16 million in debt since its 2018 founding. This new funding will support the company’s marketing capabilities (which will lead to continued higher spend), market expansion and tech development.

Within the past year, Oliver Space grew 500% in monthly revenue and 800% in monthly order volume, which allowed it to triple its employee headcount. Furniture and home furnishing sales are expected to top 14% of total retail e-commerce sales in the States by 2022, according to Statista. As the category grows, Oliver Space’s spend will likely continue doing the same.

This surge in digital spend and reliance on Instagram advertising show that Oliver Space is primarily targeting Gen Z right now, which may result in expansions into additional digital channels such as OTT and/or podcasts.

Right now, the company is in San Francisco, Los Angeles, Dallas, Austin, San Diego and Seattle. Your agency should get in touch soon to remain top-of-mind.

These are just a few indicators of pitch-worthiness, which you should view in tandem with smaller, subtle shifts to determine the likelihood an account will be receptive to outreach at the time in question.

Want someone to pick through the sea of changes for you? Winmo gives you a daily rundown of pitch-worthy accounts like these that should be on your agency’s radar, plus the decision-makers responsible for their budgets. Learn more about how your agency can get curated leads on a daily basis at winmo.com/adage.

Winmo, part of List Partners LLC, is a predictive sales intelligence platform with a serious mission: to help more sales professionals crush it. As a personalized, new business resource, Winmo brings way more than just contacts to the table. From reliable decision-maker information to accurate sales predictions, Winmo streamlines the sales process and drives more profitable connections by giving sales professionals the competitive advantage to win more in an ever-changing market. Learn more about how Winmo makes our clients’ jobs (and lives) easier. 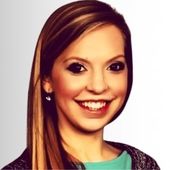 Samantha is content marketing manager at Winmo, as well as a writer, digital marketer and content wiz. Based in Atlanta, she started her career as a copywriter for a SaaS startup and spent the next seven years immersed in the New York agency world, working accounts and strategy for brands such as CenturyLink Business, HGTV, The New Yorker, Comedy Central and Teen Vogue. Samantha has been with Winmo since August 2020.