Opinion: Agencies say Black Lives Matter. But only a shock to the system will drive real change | Ad Age
Skip to main content
Sign In Register

Five steps to jolt the industry out of complacency and into sustainable action
READ THIS NEXT
Amazon's Audible begins $500 million media review
Credit: Nappy.co | Brea Soul

In 2010, I researched Black underrepresentation inside New York City advertising agencies by interviewing 11 diversity officers and HR practitioners, running 15 focus groups with interns from 19 different agencies, and conducting participant observation at McCann, Publicis, and Deutsch. I found that, despite many years of internal reform efforts ranging from diversity scholarships to awards shows, the white and well-connected continued to dominate the industry and leadership roles through racially segregated social networks and referral hires. And, even when Black applicants did manage to break in, they were saddled with the added burdens of code switching, stereotype threat, and multiple barriers to advancement including tokenism, affirmative action backlash, increased surveillance, and other microaggressions. The ad industry wasn’t changing, it was stalling.

Ten years later, over 600 Black advertising professionals got tired of waiting. Citing decades of good intentions with little progress, 600&Rising endorsed an open letter calling for, among other demands, increased Black staffing and leadership, inclusion audits of workplace culture, wage equity, and public reporting of diversity data. Many responded including Interpublic Group of Cos. and 30 other agencies, by publicly releasing heretofore internal employment make-up stats and promising to do better. Seizing the momentum, 600&Rising formed a non-profit with the 4A’s to set agency diversity data reporting standards and compliance timetables. But who will enforce them?

The book "Madison Avenue and the Color Line" by Jason Chambers, recounts how the U.S. advertising industry continuously excluded African Americans from the creative process while depicting them in stereotypical ways—if at all—until the 1960’s when civil rights groups, government agencies, and black consumers began pressuring large clients, like Lever Brothers, to step in. Advertiser oversight worked and helped usher in a “Golden Age” of Black creativity and agency ownership up until the 1970’s recession.

Today, that same strategy is still the most effective. According to Diego Scotti, chief marketing officer at Verizon, CMOs “have the power to ask your agencies to see their diversity numbers and hold them accountable.” And, by endorsing the ANA/AIMM Commitment to Equality, Inclusion, and Systemic Change, large advertisers like P&G, Google, and GM are now following Scotti’s lead by declaring their long-term intent to do “everything in our individual and collective power to end systemic racism” including using their “resources and voices as a force for good” to help ensure “an equitable creative supply chain.”

So, the clients are en route. And the recession is picking up speed. What to do?

Establish a clear destination and chart your best path to get there. To pursue pay equity, track wages to see what kind of people are, and are not, valued in your agency. To fight occupational segregation, measure not only the “glass ceilings” of promotion but also the “glass walls” by taking note of any Black presidents, managing directors, and other leadership positions with direct client access and profit and loss responsibility versus those relegated to more peripheral roles such as general counsel, public affairs, diversity officer, or human resources. Similarly, document whether Black creatives are limited to niche/ethnic markets or instead assigned to bigger/general market accounts.

Establish the rules of the road

Make sure 600&Rising and the 4A’s create an ad industry diversity survey that meets ANA/AIMM supply chain standards for reporting, compliance, timetables, etc. Clients want to drive the change. Help them by centralizing clear, consistent, and publicly accessible data. Make it fair and transparent; public disclosure should be a 4A’s membership requirement.

Step on the gas

More layoffs are likely coming, so benchmark your numbers now to set a baseline, then prioritize inclusion goals if you begin laying off staff so you don’t lose diverse employees and continue keeping track once the recovery begins and you start hiring, replacing, and promoting again. Do it right, and your post-COVID-19 diversity numbers will be much healthier than they are now.

Or, just hit the brakes

Do nothing. Call your client’s bluff. Wait for the specific requirements of new RFPs. Leave it up to the Association of National Advertisers to set the terms and consequences for how to make #BlackLivesMatter inside their advertising supply chain. Sit back and see if any client actually has the guts to fire an agency for failing to deliver on DE&I. It might work. It certainly has for the last 50 years, so it’s probably a safe bet to stay put. Just don’t be surprised when the next brand passes you by.

But don’t forget to check your shocks

Experts now fear the pandemic recession will be a very bumpy ride. Some agencies will likely use the shock of revenue losses as an excuse to scale back on their already paltry diversity and inclusion commitments. And that’s OK. Because those programs, while certainly helpful to individuals and wildly effective as PR, haven’t come close to solving the industry’s institutional problem of systemic racism. At this point, it’s the dual shock of layoffs (to help change the culture) and client-intervention (instead of faux self-regulation) that ultimately have the best chance of getting advertising where it needs to go.

If history has taught us anything, it’s that economic disruption and client accountability is exactly the kind of jolt this industry needs to move the needle on inclusion. After all, when you’ve been asleep for decades, it can take a rude awakening to get woke. 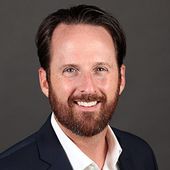 Christopher Boulton is an associate professor of communications at the University of Tampa.