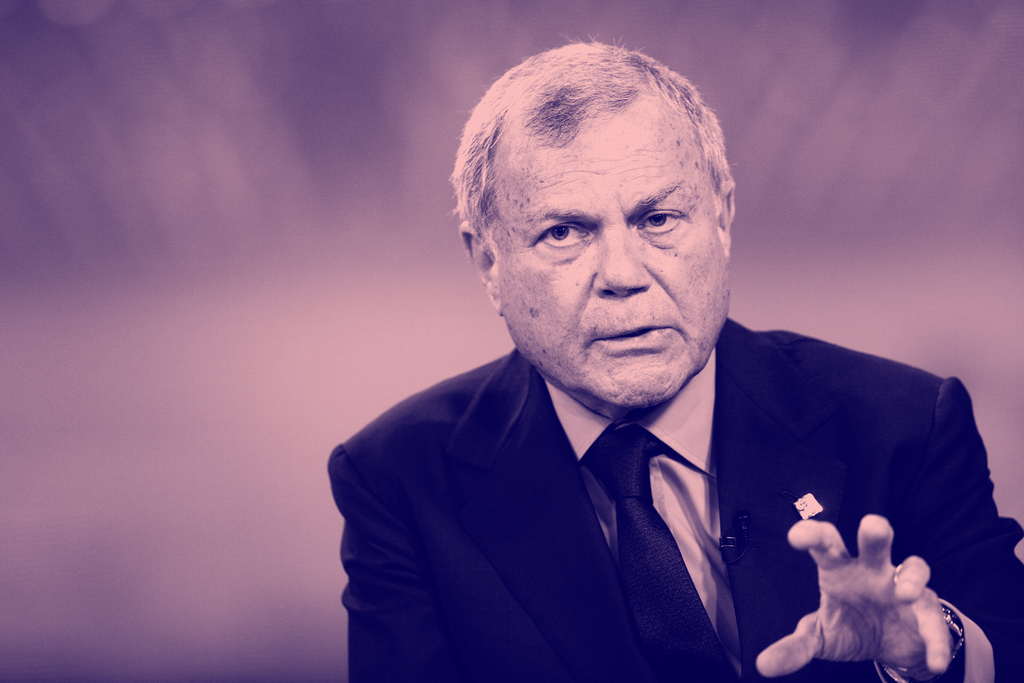 September is officially in full swing so it’s back to business.

The other holding company
It seems that every time S4 Capital makes some announcement, WPP (Sorrell’s former home for more than three decades) follows up with its own bit of news, or vice versa. This week, as S4 reports its first-half results, WPP says it is entering into a multi-year strategic partnership with InMobi Group, an Indian global provider of enterprise platforms for marketers that promotes companies’ new products and services to consumers across various platforms and devices. WPP says its properties, particularly GroupM and Kantar (in which it maintains a minority stake), will work with InMobi to simplify complexity for Indian marketers. InMobi will provide mobile-first expertise across marketing software and media, data and consumer platforms under the partnership. “We recognize the challenges associated with managing and translating data insights into timely and relevant brand activity,” CVL Srinivas, WPP county manager for India, says. “Today’s consumers are inundated with brand messages and we want to enable marketers to cut through the noise to provide their consumers with meaningful connections.”

Engine chugs into a new partnership
Ad Age’s Alexandra Jardine reports, Engine's London office has been appointed by Eurostar to develop a "new and exciting communications platform" for the London-Europe rail service. The European campaign will communicate how "easy and joyful" it is to take the Eurostar. However, debuting this fall, the campaign could coincide with the U.K.'s potential No Deal Brexit (scheduled for Oct. 31, although frankly anything could happen), which might make taking the train from London to Paris somewhat less joyful. And while it's a good win for Engine, it's kind of ironic that the agency is also the shop behind the government's $120 million public information campaign, "Get Ready for Brexit."

More wins of the week

Smartsheet, an SaaS company, names Noble People and JMS as agencies of record without a review to lead a brand relaunch campaign this month. Noble People will be responsible for communications strategy and media planning and buying across TV, OTT, print, outdoor, digital and social media. JMS will handle brand strategy, creative and production. “We face the dual challenge of increasing awareness and accelerating growth, and an evolution of our positioning to broaden consideration for our brand was necessary,” explains Smartsheet CMO Anna Griffin.

The Moth, a New York-based nonprofit that hosts storytelling events, chooses Situation as its first media agency of record since its founding in 1997. Situation, a New York-based digital agency, will help manage The Moth’s digital marketing efforts including its Google grant account. According to the companies, work together has already begun. “Focusing on enhancing our digital presence with Situation will allow us to continue building our passionate and diverse community of listeners and tellers, while amplifying the reach of the powerful stories told from Moth stages around the globe,” says Sarah Haberman, executive director of The Moth.

Chicago Ideas, a nonprofit aimed at creating change in the world through entertainment, selects Havas Chicago as its creative and media agency of record. The agency will develop a new brand campaign to strengthen the nonprofit’s positioning under the partnership. Havas recently debuted a new brand identity for Chicago Ideas as well. “We are excited to invigorate the Chicago Ideas brand to encourage people to activate and engage with the platform directly all year long to create the change they want to see in their community,” says John Norman, chief creative officer of Havas Chicago.

Missouri Division of Tourism names full-service agency Osborn Barr | Paramore (OBP) as its agency of record to drive visitors to its website through strategic planning, advertising, public relations, media planning and digital efforts. The agency that has offices in St. Louis, Kansas City and Nashville and serves clients such as LinkedIn, Bayer, Nutrien Ag Solutions, among others, will be tasked with positioning Missouri as a tourist destination.

Publicis Sapient names Kristi Erickson, an Accenture veteran of 25 years, as global chief talent officer to develop a “high-performing” talent function. She was executive director of human resources for Accenture’s Global Systems Integration and Technology Service Line, where she oversaw 100,000 people worldwide. Erickson will work directly with Publicis Sapient CEO Nigel Vaz. “Her commitment to inclusion and talent development will be vital to providing the tools for success to our 20,000 global employees,” Vaz says.

Y Media Labs (YML) hires Ashley Heltne from R/GA New York as its first director of client services in its Redwood City, Calif.-based headquarters. YML also adds August Kreoski from Beyond Design in San Francisco as a creative director in Redwood City while Joe Johnston comes aboard as creative director and co-head of the agency's studio in Atlanta. Johnston hails from Spark Grave, a division of consulting firm North Highland. “YML hires have typically come from the tech companies and startups of Silicon Valley—which is very much in our DNA,” YML CCO Stephen Clements says. “Now we are augmenting this talent with the best and brightest from agencies.”

Hero Digital hires Patrick Frend as its first president. Frend spent 18 years at Razorfish (before it merged with SapientNitro to become SapientRazorfish and now simply Publicis Sapient), overseeing $140 million in revenue and more than 600 employees. He moved to Gale Partners as managing director in 2017. As president of the independent customer experience agency, Frend will oversee Hero Digital’s entire client portfolio and practice areas.

Social Chain brings on Stefani Stamatiou from Meredith Corp. as operations director and Sam Warren from VaynerMedia as account director. Stamatiou will be responsible for integrating various services and technologies into the agency’s portfolio; its clients include Amazon, Hinge, Brita, PrettyLittleThing and TikTok, among others. Warren will have strategic overview of clients such as Hinge and GoGo squeeZ.

Tinuiti, the independent performance and data-driven digital marketing agency, brings on Ryan McGuire as vice president of CRM and email. In the role, McGuire will lead the agency’s CRM and email team in adopting emerging technologies and supporting the expansion of cross-channel CRM capabilities. His background spans consulting and in-house brand roles at Carter’s/OshKosh and eyewear company Luxottica.