READ THIS NEXT
A shot in the arm for COVID vaccines, and El Pollo Loco looks for Organic growth 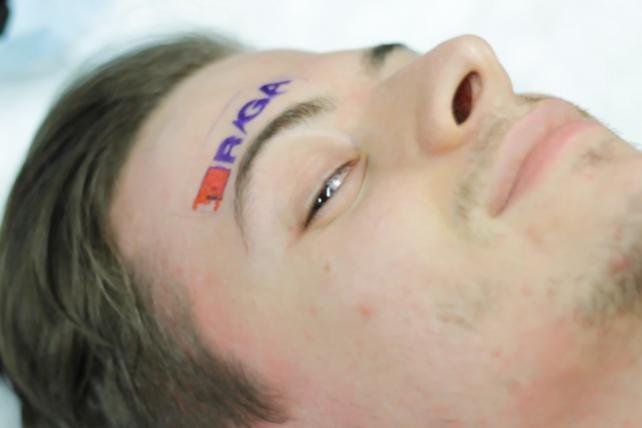 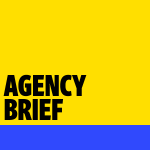 I'm on the ground in Austin this weekend for South by Southwest, so I'll keep this intro short and sweet. This week's edition is a wild ride. A rodeo, if you will. So buckle up, enjoy the breakfast tacos, and keep Austin weird.

Even better than that pink, scented resume

Rudolph Troncone wants to show how badly he wants an internship with R/GA. So he made a video of himself getting the agency's logo tattooed on his forehead. "Hire me for the R/GA internship. It will be hard to work for another agency."

For the sake of his future employment, I'm hoping it's a fake, but he hasn't gotten back to me yet. But at least it has gotten the agency's attention: They tell me he's landed an interview.

One of the first things I noticed upon arriving in Austin on Thursday was the scooters. They are everywhere — on the sidewalks, in sad piles on the sides of highways, and zooming around the city streets. I have yet to step foot on one because I'm a terrible driver and would prefer to spend my South by Southwest experience alive.

Anyway, with so many new people in town who aren't used to the scooters, Lyft worked with its Austin-based creative shop McGarrah Jessee on a concept called "Scootiquette." The agency worked with Lyft on an interactive booklet to help educate riders, social media tips and an on-the-ground activation.

Cashmere has been named social media and public relations agency-of-record for San Diego-based fast-food chain Jack in the Box. The shop takes on publicity duties from MWWPR and social media from David & Goliath, which still handles creative duties for the chain.

Sunset Blvd—a marketing agency founded by CAA veterans Carey Schwartz and Marshall Eskowitz— has become the agency-of-record for the Elizabeth Taylor Estate, focusing on licensing and partnership opportunities. Erin Dawkins, VP of brand operations for House of Taylor, The Elizabeth Taylor Cos., said in a statement she hopes the agency will help bring it "into the next chapter of brand, licensing, and cultural opportunities to help a whole new generation fall in love with Elizabeth."

MillerCoors has selected Jack Morton as its lead agency supporting the beer brewer's experiential, sports, music and entertainment marketing. The team will will work on national brand activations and within local markets and will be based out of Chicago.

Doner has named Jane Goodman, formerly a freelance strategist working with companies like WW and Samsung, as its chief strategy officer. The agency also promoted Craig Conrad as president of the agency's Detroit headquarters. Conrad was formerly the agency's chief marketing officer.

ICrossing has hired Chris Apostle as its chief media officer. Apostle was formerly exec VP and head of performance at Havas Media Group.

Gyro has tapped Kevin Fraser to head up its precision media practice in the U.S. Fraser was formerly senior VP and communications planning director at Carat leading its Microsoft consumer business globally.

Fallon Worldwide has named Rocky Novak its new CEO. He was promoted from managing director of the Minneapolis office. Former CEO Mike Buchner has been elevated to chairman.

Keith Grossman, chief revenue officer at Bloomberg Media, has signed on with marketing and technology group Engine as chief operating officer. In January he was a guest on the "Ad Lib" podcast in which Ad Age Editor Brian Braiker interviewed him about the current media landscape--and the state of Bloomberg. A pro-tip for publishers: "A lot of the things that made our year very successful was our ability to protect the core media assets, or base, in aggregate and then invent new revenue streams for us to move forward in."

And across the pond, London's The Other Box, which was founded in 2016 to address the lack of diversity, inclusion and representation in creative industries, has hired Sima Kumar as head of fashion.

See you at our gala

The Ad Age A List & Creativity Awards finalists and honorees are out, so come help us celebrate at our swanky awards gala on April 15. Get your tickets here and join the fun!