Mojo Supermarket has appointed Jono Paull as the company’s first executive creative director and Kate Carter as the new group creative director. Paull will oversee the Brooklyn-based agency’s creative team, while Carter will work closely with Paull as well as the shop’s leadership team.

Paull was promoted from the position after joining the agency a year ago as the group creative director. During his tenure with Mojo, he worked with brand partners including Truth Initiative, Hydrow, and StockX. Before joining Mojo, Paull worked for Droga5, Leo Burnett, and McCann.

Carter was hired from Spotify, where she served as a creative director and worked on the music app’s popular year-end Wrapped campaigns. Before joining the music brand and working with Megan Thee Stallion, Kacey Musgraves and Celine Dion, Carter worked for Droga5, R/GA and Anomaly.

PepsiCo Southeast Asia has named Publicis Groupe as its media agency, further expanding Publicis’ remit with the food and beverage company in Asia. Mindshare previously had the account. The holding company created a dedicated business unit for the the region business called PLUS+.

Last week Publicis won PepsiCo’s media business in India in addition to the creative and digital duties it was handling in India since June. The holding company also picked up media duties for PepsiCo in China earlier this year. In total PepsiCo’s media billings in China, India and Southeast Asia amount to $448.6 million, according to COMvergence.

Cicis Pizza has launched a new national brand campaign, aided by agency 3Headed Monster. Titled “Endless Pizzabilities,” the work features C.C. Pazzini, a four-inch-tall pizza chef character that rides a magical flying tricycle while giving the audience a tour of Cicis’s buffet food items. The character also highlights the restaurant venue’s game apparatus and buffet layout, reminding its audience that there is “no need for sharing” at Cicis.

“Endless Pizzabilities” is Cicis’ first campaign in which an animated character is introduced to personify the brand. The restaurant chain has opened 300 venues across 30 states. As Cicis pushes to overhaul its customer experience while expanding into new markets, the campaign will appear across video (linear TV, over the top, connected TV and more), along with radio, social, display and search.

The duo will report to Chief Creative Officer Rafael Rizuto.

WPP’s GroupM has launched a Workplace Mentoring Program with Big Brothers Big Sisters of New York City. The multi-year partnership will invest in “the development of the next generation of leaders” by bringing media and advertising to those in the program, according to the press release.

GroupM's New York City-based employees will be called “Bigs” and create mentor relationships with high school students called “Littles” from a local high school. The Bigs will help their Littles build professional skills and develop college and career pathways through a three-year experiential learning curriculum. Bigs will range anywhere from senior associates to executive VPs. The Bigs will support the students in reaching their career potential, while creating a positive adult role model relationship.

WNBA’s incumbent champion Chicago Sky has launched The Net, a network of mental health support in sports. Created in partnership with Chicago agency OKRP, the initiative prioritizes mental health for athletes and offers a full-court press of supportive resources.

The network will debut at Sky’s home game on Aug. 7, with a series of motivating videos from Sky players Azurá Stevens, Rebekah Gardner, and Ruthy Hebard. The players’ individual stories will come to life through a set of player trading cards that feature action shots of the players on the front and a list of mental health tools on the back. In addition, a t-shirt that highlights the initiative’s “Keep your Head in the Game” mantra will be worn by players and staff during warm-ups and distributed to fans on game day, through the support of the Sky’s official mental health partner Mesirow.

Besides the in-game actions this Sunday, The Net and its partners will also use social and paid media to spread messages that aim at breaking the stigma of mental health.

Around the production circuit

Award-winning filmmaker Sterlin Harjo has joined the directing roster of Hungry Man. Harjo, a citizen of the Seminole Nation of Oklahoma who is also of Muscogee heritage, is co-creator and showrunner of the celebrated FX series “Reservation Dogs,” a comedy that follows the adventures of four Indigenous teens living on an Oklahoma reservation. Harjo is currently developing another FX  series, “Poster Girls,” which he co-wrote with bestselling novelist Jonathan Lee. Paramount+ also recently acquired his series “Yellowbird,” co-created with Erica Tremblay and based on the Sierra Crane Murdoch novel. LeBron James’ SpringHill is also producing his series “Rezball” with Netflix, which he co-wrote with Sydney Freeland.

XD Agency has been rebranded XDA. The rebrand comes as the agency, which bought itself back from Omnicom six years ago, has just won business with cybersecurity platform Crowdstrike and work centered around a product launch for OnePlus. The agency has also expanded its work with clients Lego and Warner Media and promoted two executives: Rachel Hermansader, formerly a managing director, was named head of transformation, and Human Resources Director Courtney Hodges-Lanius was named head of people and culture.

Ryff, a tech startup, has brought in Observatory founder and former CEO Jae Goodman as its newest board member. He will be joining Hollywood film studio executive Sophie Watts. Goodman departed the agency in July but will continue as a board advisor to Observatory and parent company Stagwell.

Huge is relocating its global headquarters to the top two office floors of Dock 72, an officer tower at Brooklyn Navy Yard. It will serve as Huge’s “Global Experience Center.” It signed a 12-year lease to occupy 71,000 square feet of office space taking up the entire 15 floor and a portion of the 14. The move will take place in the first quarter of 2023.

Buffalo-based agency Crowley Webb announced that current Senior VP, Creative Director and shareholder Matt Low will move into the role of chief creative officer. The position was previously held by Jeff Pappalardo, who will now serve as executive creative director. Low will provide day-to-day management of the creative department, overseeing the overall strategy and execution of all creative projects. Pappalardo will support Low and the department, providing creative and strategic direction on several accounts. 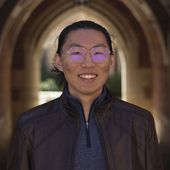