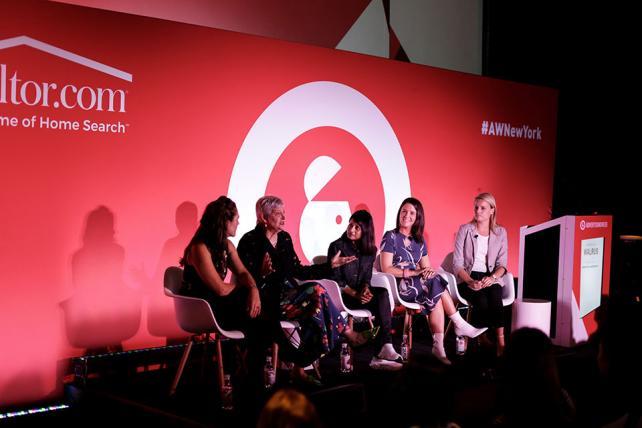 That's all, folks. Another Advertising Week for the books.

And what a week it was: We cozied up with 98,000 with our closest friends. We got a blister or two schlepping between Midtown East and Lincoln Center four times a day. We watched OMD's Ben Winkler have some fun with Photoshop.

We overheard you wish for weed samples, spot a few mice (hey, everybody likes popcorn!) and bemoan the proportion of actual advertisers in attendance.

We had some fun, too — we heard great stories from the likes of Lee Clow and at least one of us learned how to be a little bit less cynical.

And now, we (okay, I) anxiously await a long weekend's nap. See you next year, Advertising Week!

Mattress Firm, the once-mighty bed selling giant that has recently been plagued by a host of less expensive innovators, filed for Chapter 11 bankruptcy protection on Friday, with plans to close hundreds of stores. That could mean some tossing and turning for the agencies currently on the Houston-based retailer's roster: Droga5 and Spark Foundry. Both referred comment to Mattress Firm.

Publicis Communications has dissolved Greenhouse, Leo Burnett's in-house production studio that was annexed by the agency in 2015. A spokesman said Publicis Communications "made the decision to streamline its North American production capabilities to better deliver on evolving client needs. This involved dissolving Greenhouse and parting ways with a limited number of employees."

Colm Murphy has joined McCann New York as chief strategy officer. He was most recently co-head of strategy at Droga5.

Chris Bergen was named exec VP and business director at Leo Burnett, Chicago. Bergen was previously at We Are Unlimited, where he oversaw business leadership, product launches and communications for the McDonald's brand.

Juuso Myllyrinne has rejoined TBWA/Worldwide as global head of performance marketing. Myllyrinne was previously global VP of digital and head of strategy for TBWA's Digital Arts Network in New York before departing to become global head of marketing and PR for game development company Wargaming.