How the ad industry is reacting to Bogusky's CP&B comeback 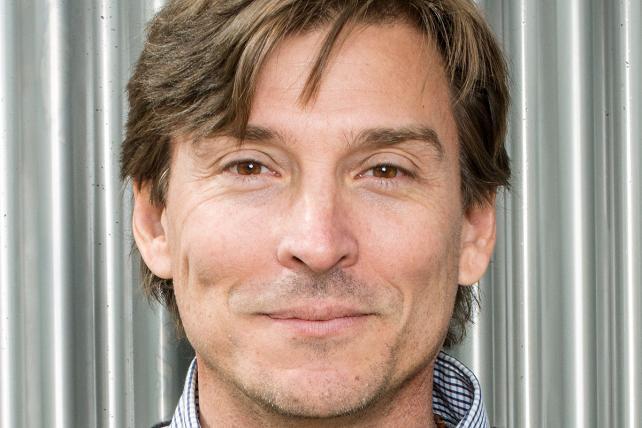 Some people celebrate their birthday with a cake or a nice meal out. But Alex Bogusky, who turned 55 on Tuesday, marked the occasion by bursting back into the mainstream ad agency scene with his buzzworthy return to CP&B that was made public Thursday.

"Leave it to Alex to make an entrance back into the industry," says Andrew Lincoln, one of the co-founders of Boulder-based WorkinProgress, formed by a group of CP&B alumni. "Only he could become CP&B's greatest press release."

Bogusky, who left the shop in 2010, returns as co-founder and chief creative engineer, according to CP&B's announcement. In this newly created posistion he will "assume a leadership role in all aspects of the company, including creative direction, innovation, strategy, and talent," CP&B said. His return also meant the departure of Global Chief Creative Officer Linus Karlsson after only nine months.

In an era where brainy topics like big data and programmatic buying seem to dominate the conversation, Bogusky's unexpected comeback proves that big personalities still matter in an industry that used to be dominated by them. Or they at least can get people talking. Everyone, it seemed, had an opinion on what his return means, or why he would do it now after being away from the agency for eight years.

One person summarized the reaction within the MDC Partners network: "Intriguing, exciting, desperate. Depends on who you talk to." And plenty of people took to Twitter to celebrate, or question his return (see below).

At Crispin's Boulder, Colorado headquarters, spirits are up, says CP&B VP-ECD Adam Chasnow. "Everyone here is super stoked about this news. The energy in the halls is palpable."

Stephen Groth, who has been a friend and business partner of Bogusky's for some 15 years, says he was surprised by his return. But "I think it's awesome," adds Groth, who is a partner with Bogusky at a Boulder-based startup accelerator called Boomtown that they formed in 2014. Groth is also president and CEO at Mahalo Spirits Group, a craft spirits incubator and marketer where Bogusky has led brand strategy.

After he left CP&B, Bogusky "did so many many other things," like studying thousands of different technologies, ad tech and brands, he notes. Upon learning of Bogusky's return Groth says, "I told him in my mind it was like a career equivalent of a really long gap year from college." He adds: "You really don't ever get that time if you are just in the grind in the ad business for years and years and years to just step away and then go immerse yourself in these emerging technologies and the way other brands are doing things and so on and then get to come back and dump it on clients in a smart way."

Indeed, Bogusky, in the CP&B press release, positioned his time away as a learning opportunity. It was "largely spent advising and investing in tech startups and I learned about the processes that drive those successes," he stated. "I think advertising agencies can benefit from the lean and agile practices that have revolutionized so many other industries."

"Alex is someone who loves to do everything, so he probably needed to leave [CP&B] to have some freedom and do more things," says David Littlejohn, chief creative director at Tennessee-based agency Humanaut, where Bogusky is an investor and creative adviser. "Now that there has been a hard break, he realizes he can still be involved in the thing he built, but maybe not in the way he had been," adds Littlejohn, who worked with Bogusky at CP&B's Boulder office from 2007-2009. "I think it's the best of both worlds for him and probably CPB."

But Bogusky's return, while buzzworthy, is no slam dunk for the agency. "It's like Michael Jordan going back to the Wizards," says a former MDC employee, analogizing the comeback to an aging athlete trying to recapture the glory, way past their prime.

This person also questioned if his comeback would resonate with clients. "At what cost are clients going to invest in talent like Alex Bogusky when the business has effectively changed," this person says, noting that "in today's world, everybody has to be accountable for every dollar invested." In CP&B's glory days, clients "became famous because they were working with CP&B," this person adds, but with the shop falling down more than a few pegs, that is no longer the case.

Says one former colleague: "This will be a challenge for Alex because he built Crispin Porter Bogusky from the ground up. He hired all the creatives. Now, he's stepping into an agency that he hasn't touched in eight years and all his genius creatives have left to run their own business or big companies." 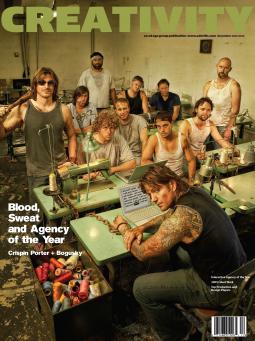 Crispin Porter & Bogusky was featured as the Creativity Agency of the Year in 2005, with ECD Alex Bogusky (left) and his team.

Still, people who know Bogusky say he still has the passion and drive to make it work. "Having left CP&B recently, I can confidently say that they have been running on fumes and are in major need of a redirection and Alex is the man to do it," says Rupert Samuel, Crispin's former executive director of global content who departed the agency earlier this year.

Says Groth: "Alex does everything based on a challenge and passion—that's his thing." He might be 55, but he has the "energy of a 20-year-old," he adds. "He's got so much gas in his tank it's not funny."

For some people, his comeback, at least for a day, provided a symbolic ray of sunshine in an industry that has been beset with bad news, whether it be disappointing earnings reports or the drumbeat of skepticism about how traditional agencies can keep up with new competitors, like consultancies, or frenemies like Google and Facebook. Says Lincoln: "I feel excited again for our industry, it's been very doom and gloom for a while. Layoffs, office closing, scandals, losing great talent to the client side or tech side. If one person can change it, I think he'd be the catalyst. Look, he's already inspired all of us now to talk about it."

Patrick Milling-Smith, co-founder of experiential studio Here Be Dragons and Smuggler, the production company behind much of the celebrated work CP&B had done under Bogusky's tenure says: "The industry needs shaking up and to show less fear, and more creative confidence. Good to see great talent and leadership going back to the agency side."

Still, there are some doubts about whether his name means much at all to the younger generation of creatives.

"Alex's most meaningful contributions to the business were over a decade ago, and they were possibly less about the work than they were about cultivating incredible ad creative talent—many of them which followed him only to watch him give up on advertising," said one agency executive. "The memory of creatives doesn't last that far. And modern talent in agencies today? They have found new idols."

But senior execs are buzzing.

Rob Reilly, who led the charge at CP&B after Bogusky and before going on to become global creative chairman at McCann Worldgroup, says Bogusky "reinvented the business back in the early 2000's, and if anybody can be a catalyst for pushing us forward, he's one of them." He adds: The more smart people and innovators that work in the business or alongside it, the better, noting that Bogusky had never really left the industry. "He was always investing in companies and helping startups—he was just (part of the industry) in a different fashion."

Brian Collins, chief creative officer at independent design company Collins called Bogusky's talent and ambition "an unstoppable force multiplier," adding, "I hope his return puts to rest the tired cliche that 'no one is indispensable.' Some people are so indispensable, in fact, that their departure leaves a hole no one can really fill. They are beyond rare."

Below, a look at how the news was greeted on Twitter:

This is like Steve Jobs coming back to Apple advertising version #ThrowbackThursday https://t.co/DPfHiBEQ4e

We know things went wonkers when Trump was elected, but now @bogusky just went back to @cpbgroup Word is they are now wearing North Face Arctic parkas in Hell.

I mean, I love the work CPB used to do and Bogusky was a hero to ad guys a decade back but his new Chief Creative ENGINEER designation is fucking silly https://t.co/RvIWAuoZP6

@bogusky coming back instills hope in me that the ad/comms industry isn't entirely fvcked. Thank You.

.@bogusky dude, good to have you back. You make our business better. Big ups to you. You're always invited to R/GA to talk some shop #LetsMakeAmazing