The latest data from talent platform Working Not Working finds that creatives are looking for more than just comfortable salaries
READ THIS NEXT
GMC pledges multi-year financial commitment to Marcus Graham Project
Credit: Twisha Patni for Working Not Working

Creative talent platform Working Not Working today released a new survey that revealed an eye-opening finding: Even though the majority of advertising creatives are happy with their salaries, they're still considering a career change.

Working Not Working, which was acquired by Fiverr in February, recently polled 850 of its members from around the globe for its first-ever “Adland Careers Now and the Future” study to take their pulse on how they felt about their job situations now and going forward. The survey found that the majority of creatives, nearly 60%, believed they were fairly compensated for their work—70% in fact said their financial situations were "comfortable" or above—yet more than 50% are considering switching career paths.

The survey also found that 61% of creatives over the course of the pandemic felt less creative in their work. The majority, 74%, say they’ve experienced burnout whether it be every so often (42%) or consistently (27%). Only 10% said they didn’t experience burnout at all.  Of those that have experienced or are experiencing burnout, 50% attribute it to the number of hours they work and a lack of motivation about that work. The respondents were all creatives who have worked in the ad industry within the last two years. 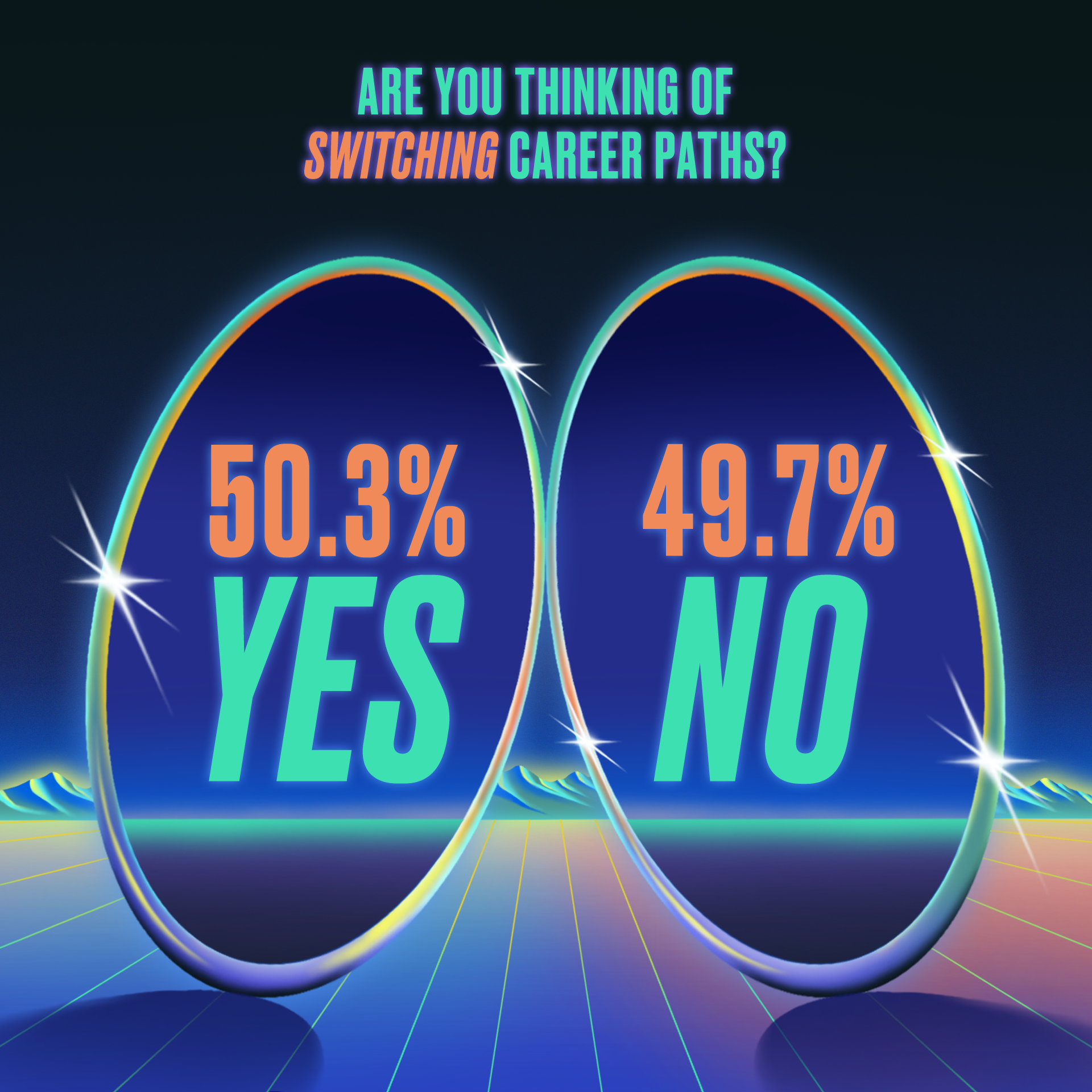 According to Working Not Working Co-Founder Justin Gignac, the survey was inspired by what the Working Not Working team had been observing anecdotally in the agency world as well as by what was going on in the country at large. “Just hearing the exacerbation of people's voices, what they're dealing with, at an agency level, was really kind of heartbreaking,” he said.

The findings put real numbers to the general dissatisfaction ad creatives have been experiencing in recent years due to lack of life balance, diminishing opportunities, unrealistic expectations from clients and employers and overall burnout.

All this against the backdrop of the country at large: American laborers have been rethinking their working lifestyles, so much so that in April, the country saw a mass exodus of employees departing their jobs. Four million people quit that month, starting a “Great Resignation” trend that continued through the summer.

The survey results essentially suggest that creatives are looking to have a better quality of life and that the allure and paycheck of an ad creative’s life are increasingly not worth the grind.

“I think a lot of people got fed up with the bad practices of agencies beforehand, but then [the pandemic] has brought it to a head,” says Gignac. “You’ve got a bunch of people walking out saying, thanks for my really great salary, but I’m not happy. There’s a much bigger problem going on, and we have to think about how to make people happy. It’s not ping pong tables, beer taps and all that stuff we used to think we liked. How about respecting their time and caring about people’s sanity?”

Since its founding, Working Not Working has been taking the temperature of the creative workforce, and its surveys have consistently found that agency gigs have lost their luster among creatives. In its most recent survey asking freelance creatives which companies they’d most want to work for full time, only one in the top 10 was an ad agency (Wieden+Kennedy). The top three were big brands (Google, Nike and Apple). 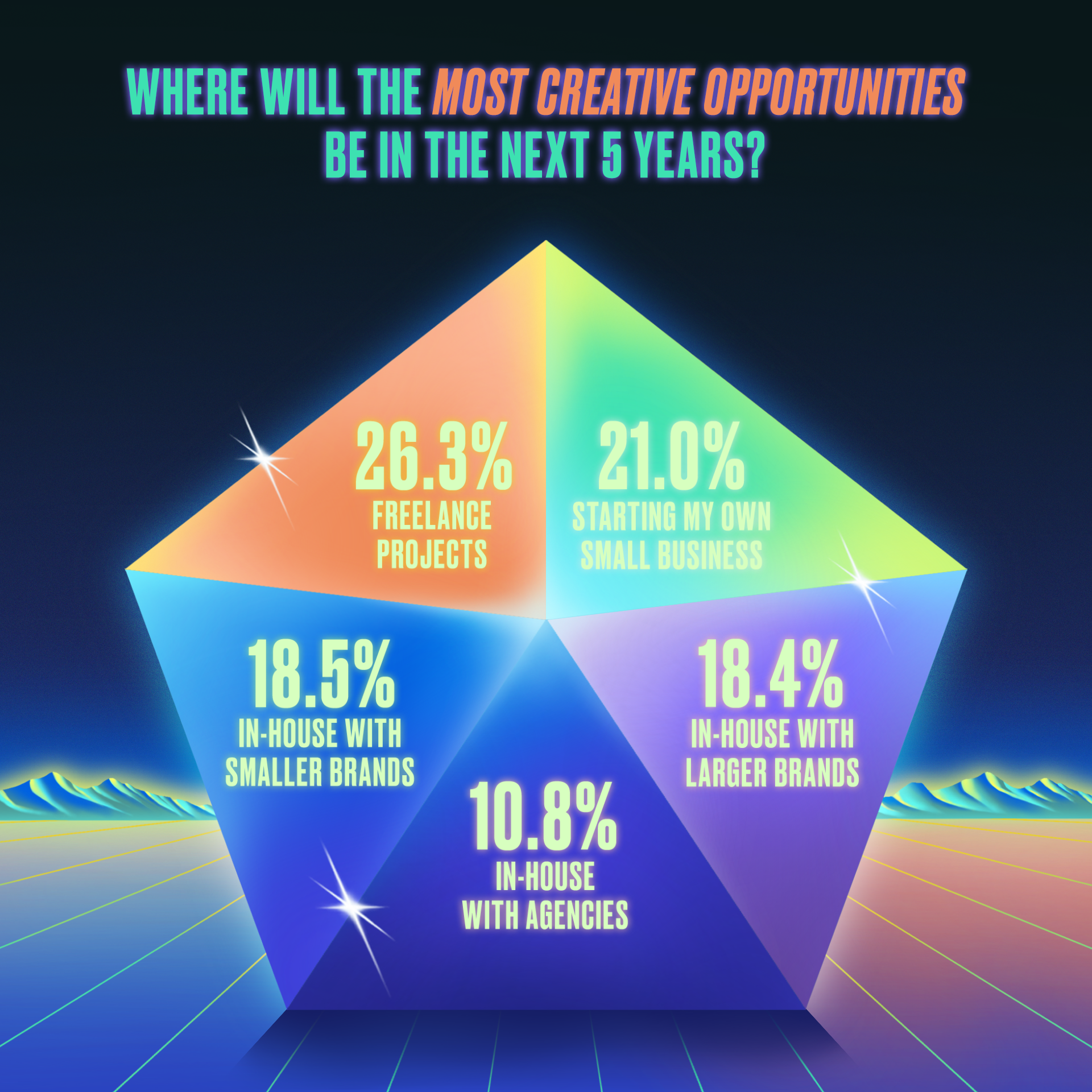 “There are just so many different options for people now other than working in agencies,” says Working Not Working Co-Founder Adam Tomkins. “You can still be a creative person for a product company and have a little bit more of a grasp on your schedule. You don’t get frantic calls on a Friday because someone needs a campaign for Monday because of a PR disaster or something. That’s just business as usual for agency life.”

Recently, agencies gave their teams the week of Labor Day off to support their mental health. While the Working Not Working founders believe that’s generally a good thing, such a perk shouldn’t be just a band-aid.

“Giving everyone a week off and then putting them back to work the next week where they’re going to have to work 90 hours to basically earn the week that they just had off is not going to be worth it,” says Tompkins. “People aren’t going to stay.”

Agencies need to “hold themselves accountable to not having their people work 50 hours a week,” Gignac adds. “Some people are putting in 80 to 90 hours-plus a week. Let’s make sure that we’re actually utilizing our people in a humane way. Be more flexible in how you’re willing to work with talent.”

Gignac suggests that agencies, for example, could consider more flexibility, allowing creatives to work on client projects three days a week while letting them devote the remaining time to their side businesses or other creative pursuits. Agencies could also consider investing in such side gigs.

“We need to look at how we can get back to being creative,” Gignac says. “As the world increasingly gets automated, all the jobs left will be those that are too expensive to build a robot to do, and then the creative jobs. We are the industry of the future so we have to set ourselves up for that and do everything we can to stay creative.”