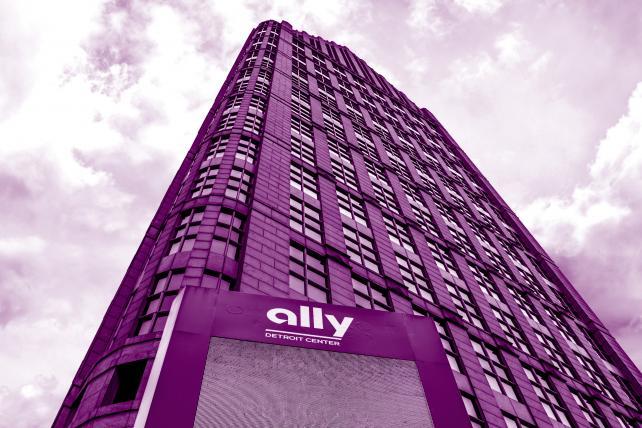 Ally Financial has found the agencies that will help "Do It Right" as it strives to take its brand to the next level of digital banking. The Detroit-based company has selected Anomaly as its creative agency and R/GA to handle digital duties, following a review dating back to April.

New work slated to debut in the fourth quarter will continue the brand's two-year-old "Do It Right" campaign, which was first developed by Grey. And the bank's purple branding is not going away, according to Chief Marketing and PR Officer Andrea Brimmer.

Anomaly came into the pitch process with the idea of building a "total marketing ecosystem" for Ally, Brimmer says.

"They didn't just come in and bring us big creative ideas—they came in and really got to know our business very well in a short period of time," she says. "They brought a holistic solution leaning into the idea of what a modern-day usage brand is good at and how they could truly create that entire customer journey."

R/GA is Ally's first digital agency. Brimmer, a 10-year veteran of Ally, says the agency is on the "bleeding edge" of what's happening in the digital space, citing its work in technology such as virtual reality, AI and chatbots. "It really made us think more broadly about the way we should be thinking about using a digital agency," she says. "There's a whole new array of opportunities available to us."

Earlier this month, Ally selected MediaCom to handle its media business following a three-month review. The bank had worked with Spark Foundry for 10 years.

Last year, Ally spent $133 million on advertising and marketing, according to company financials, a 19 percent increase over 2016.

Interpublic Group of Cos.-owned R/GA, No. 6 on Ad Age's 2018 A-List, is known for its consulting savvy. Its consulting practice and business accelerators makes up roughly 20 percent of the agency's revenue.

The win comes despite the recent exit of its high-profile creative leader, Nick Law, and its co-U.S. chief creative officer, Chloe Gottlieb.

MDC Partners' Anomaly, which was No. 5 on Ad Age's 2018 A-List, added clients last year including Carnival Cruise Line, PlayStation, Diet Coke and Smartwater. In May, Weight Watchers said it added the agency to its roster of creative agencies.

Ally had worked with Grey, which did not participate in the review, for about seven years.

Brimmer says that running three reviews at once helped determine how the pieces of the puzzle best fit together and how all agencies meshed with one another. The result, she says, is "absolutely killer."