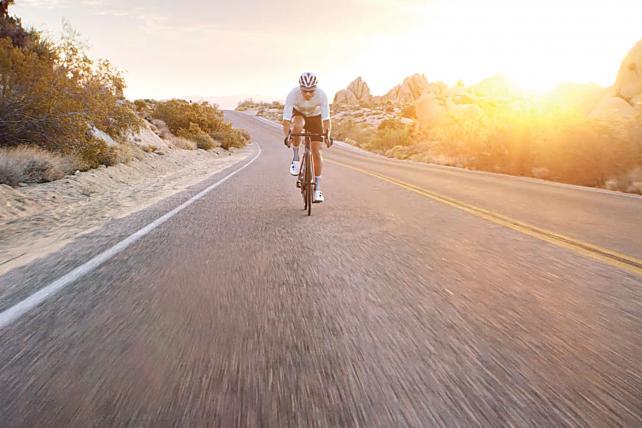 Since two American expats in China founded creative video agency Relay in 2016, they've made videos of Chinese smart cars, smart watches, a smart bike and a smart home ecosystem. They've shot Chinese-made robots, robotic vacuum cleaners and a prototype for a robotic suitcase called the 90Fun Puppy 1, designed to follow its owner around the airport like a little dog.

Relay has found a niche in the crowded agency landscape by working with Chinese startups that wish to market themselves outside China—an arena where many Chinese brands, even big ones, have fumbled. Founded by two Chinese-speaking Americans, James Fields and Greta Bradford, Relay gets business from tiny companies trying to raise money through crowdfunding, and increasingly also from giants like Xiaomi, the consumer tech company, and Tencent Holdings, the digital giant. It's starting work on videos to promote the international version of Tencent's mega-profitable smartphone battle game "Honor of Kings," a national obsession in China with more than 50 million daily active users.

At a time when revenue is slipping for agency holding companies as their mainstay multinational consumer goods clients slash marketing budgets, Relay sees China's tech companies as innovative and exciting clients with a future.

It's trying to build a business model adapted to fit China's startups: lower-cost than traditional agencies, specialized, cross-border and agile. The 11-person team, a hybrid creative agency-production company, has members from the U.S., mainland China, Taiwan, Mexico and Chile. "We're a small company," says Fields, the CEO, who argues that big "ad agencies need to put in a lot of bloat, because so many people need a cut." Relay has people based in Beijing, Shanghai and Shenzhen, so it can get to clients quickly.

Relay is itself a startup and is well-connected in the community. It has $500,000 in funding from a Chinese venture capital firm, 10Fund, that usually invests in tech and artificial intelligence, not video agencies. Its raison d'être is to help other Chinese startups explain their products in ways that resonate across borders.

"Our clients don't necessarily know what they want when they approach us," Fields says. "It can be more like reading the tea leaves and helping them get there. Our clients, unlike the guys at Nike or car companies or whatever, are nerds. They're technologists. They're CEOs who come from an engineering background. They're incredible, but it's really different than working with someone who's been a branding manager for 10 years in a car company."

Most of the big international agency groups are present in China, the world's No. 2 ad market after the U.S. And there are strong local players: Chinese agency giants like BlueFocus Communications Group and tiny players like W, a sought-after creative hot shop. In general, their focus, unlike Relay's, is on building brands inside China, to reach its 1.4 billion consumers. 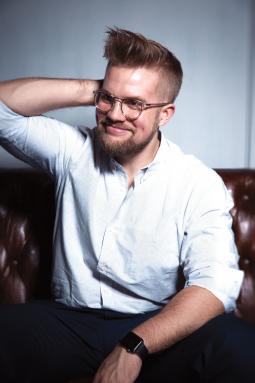 Fields, incidentally, says he isn't too worried about rumblings of a potential U.S.-China trade war affecting the agency's business, as Relay's clients are focused more on international markets in general than on the U.S. specifically. Xiaomi, for example, has a strong presence in India but almost no presence in the U.S.

Often, Chinese tech companies want their products shot in Western-looking settings, with Western actors, so global consumers can envision themselves using the product. That often means shooting in a place like the U.S. or Australia, with foreign production and actors. For Ecovacs, which makes robotic vacuum cleaners, Relay went to the U.S. to shoot scenes of messes needing cleanup: a dog chewing up a pillow and frolicking among the feathers, and a father-son popcorn fight. To make a launch video for QiCycle R1, a Xiaomi-backed bike, Relay shot a group of cyclists racing along Highway 1 and through Joshua Tree National Park in California.

It's counterintuitive, but shooting in San Diego or Atlanta can also be cheaper than shooting in China. Strong video production talent is expensive in China, while in places like the U.S., there's an abundance of talented film school grads hungry for work, Fields says. And if you want to make a video in China that looks like it was shot in the U.S., you need to rent a studio where you can simulate that, he says, and that's another expense.

Chinese startups, like startups in general, have very lean marketing budgets. Mobike, the Tencent-backed bike-sharing company that has expanded to places like Singapore, London and Washington, D.C., worked with Relay on videos shot in Southeast Asia. Mobike says that, as a startup, it's trying to communicate big ideas with limited resources. Georgia Yexley, the company's global social media manger, says Relay "worked with us to tease out every bit of potential from the resources we had." She adds: "At no point did they say it wasn't possible."

When Relay travels abroad for shoots, it keeps the team to a minimum and stays in Airbnbs. Sometimes the client doesn't even come to oversee the shoot.

For a video for Halos' CatDrive, a smart hard drive that needed a crowdsourcing campaign, Relay filmed in San Diego, working with a local production company called Pure Cinema. Relay found Pure Cinema through a Google search, says Ryan Knight, co-owner and producer. One person from Relay made the trip to California from China, nobody client-side came and everybody communicated with a lot of phone calls, Knight says. "I've never had better communication with an agency," Knight says.

If Chinese tech clients want low costs, they also want speed. Chinese tech startups are known for churning out new ideas and products at breakneck pace. Bradford, Relay's co-founder and managing director, says that when it comes to video, "to capture the feeling of the moment or the month or the year, you can't wait too long."

Both of Relay's founders have spent years studying and working in China. Fields, 29, grew up in Silicon Valley, studied Chinese in high school, then went to Beijing to study abroad at Peking University. Bradford, 30, moved to Beijing as a high schooler when her father, an Intel employee, was transferred there. Both returned to China early on in their professional careers. Fields worked at the Durex condom brand in China doing social media videos for a time, while Bradford was in live events, often helping big car brands at auto shows; they worked together at the China office of U.K. creative brand agency Studio Output before opening Relay. Their inspiration and model was a Los Angeles company called Sandwich Video, with in-house creative, production and postproduction. It specializes in making videos and commercials for tech products and startups such as Stitch Fix and Zipcar. 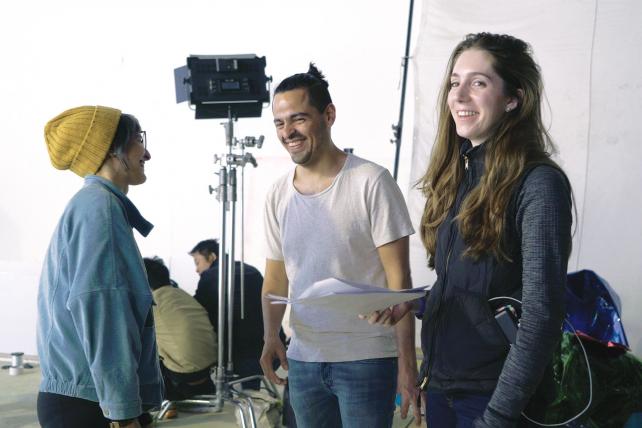 Relay has also shot videos designed for social media to drum up support on international crowdfunding sites and for corporate conferences. The video of the Puppy 1, the prototype robotic suitcase backed by Xiaomi, was for the Consumer Electronics Show in Las Vegas. Often, the videos show how products work; they're not generally out-there, edgy creative showpieces.

"It's not like you're working for Nike," Fields says. "You don't need to create an ad for Nike that says, 'We're a company that makes shoes that allow you to run faster or jump higher.' Often, we're making the first video a company has ever made. When that happens, we need to clearly explain the product ... you have to over-explain, over-clarify, overstate everything. New tech, by definition, requires a lot of explanation."