DVD déjà vu: Redbox is gearing up for its first major campaign 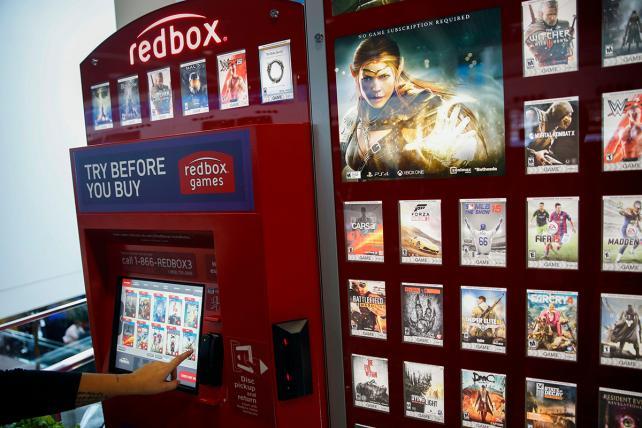 The physical movie rental industry has seen brighter days. But Redbox — which specializes in rental kiosks for DVDs, Blu-Rays and video games — is still spinning. The company just hired a new creative and media agency team for its first major ad campaign.

In 2016 Outerwall, Redbox's then-parent company, was taken private when it was acquired by funds managed by New York-based investment firm Apollo Global Management in a $1.6 billion deal. That ownership change prompted something of a rebirth for Redbox, says Ash Eldifrawi, CMO and Customer Experience Officer at Redbox. It just began working with MDC Partners-owned Mono, along with MDC Media Partners sibling media agency Assembly, to build on that.

"We've gone through a pretty significant transformation," Eldifrawi said. Redbox has relaunched its branding, launched an on-demand streaming service, added kiosks (it now has more than 41,000), rolled out a revamped loyalty program and negotiated contracts with studios to get movies to consumers earlier.

"We really wanted to take the company from a DVD company to a broader content play for Americans to get the content any way they want it," he said.

The DVD, game and movie rental industry has suffered from the onslaught of streaming and video-on-demand, but people are still renting: The industry's revenue was about $3 billion in the U.S. in 2017, according to market research firm IbisWorld, which estimated the segment will decline at an annualized rate of 4.9 percent to $2.4 billion by 2022.

Redbox holds 37.8 percent of the DVD, game and video rental market share in the U.S., with Netflix holding 11.6 percent, according to an IbisWorld report. To compete against other players, the segment will likely need to compete on price, the report said.

That's Redbox's play with its new spot, called "Paper Bag," in which a student at football practice wears a paper bag over his head as he's ridiculed for paying too much for a rental. "He's embarrassed he streamed a new-release movie for $4.99 … when he could have got it from Redbox for $1.75 a night," his classmates say. Redbox and its agencies are testing the spot in certain markets and online with a goal of taking the campaign nationwide.

"It doesn't matter what your income level is," says Joe King, group account director at Mono. "It's just painful when you pay too much for something."

The marketer says it has worked with a number of creative agencies in different capacities, but that this is the first time it has hired an agency for a "project of this caliber." Redbox also works with social media agency-of-record Likeable and says it's working with Attn:, a Los Angeles-based media company, on another strategic project.