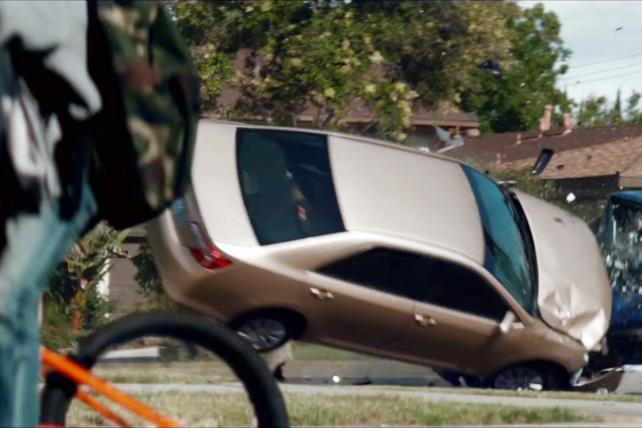 AT&T has consolidated its creative, digital and media accounts with Omnicom after a relatively swift holding-company level review that began in June.

Omnicom will be responsible for the vast majority of AT&T's creative, media, digital, data and analytics in the U.S., though a spokesman said the scope includes Mexico. BBDO will take the lead on creative, which includes brand work for AT&T and DirecTV; Hearts & Science, a recently launched media agency, will be the carrier's new media agency.

"We have selected Omnicom via its BBDO and Hearts & Science units to be AT&T's integrated creative and media agency," said Lori Lee, senior executive VP and global marketing officer at AT&T, in a statement. Ms. Lee was named to that role in 2015. "Omnicom has brought together one dedicated team representing the best talent across Omnicom to work seamlessly with us to position AT&T as the world's premier integrated communications company. A single integrated team allows us to move quickly, innovate at scale and take a data-driven, holistic approach to reaching consumers and businesses."

In the statement, Ms. Lee also said that Omnicom's "capabilities are important as we get ready to launch new streaming video entertainment choices that are built for mobile."

When AT&T launched the review in June, the company said that it was looking for "efficiencies, quality and consistency across the portfolio."

Because it had been working with Omnicom's BBDO on creative for the AT&T brand, and WPP's Grey for DirecTV and MEC for Media, the nation's second-largest advertiser only invited those two holding companies to pitch for the business. MediaLink oversaw the process.

Ms. Lee said in the statement today that "we believe this integrated, best-in-class approach is the future for brands wanting breakthrough marketing innovation, quality and efficiency at scale."

Not affected by the review was multicultural creative, which is handled by multiple agencies.

BBDO and MEC have been working with AT&T since 2007. Grey had been handling DirecTV since 2010. MEC's mobile carrier experience extends overseas, where it won the international Vodafone account in 2014. At the time, AT&T was rumored to be eyeing a Vodafone acquisition.

"Like Omnicom, WPP is a world-class group and we appreciate their hard work and nine-year partnership," said Ms. Lee in the statement.

In a statement, Omnicom said "we are extremely pleased to have won the business and look forward to continue working with AT&T."

A WPP spokesman said simply: "We are very disappointed."

Grey, in a separate statement, said: "We have had a fantastic run on DirecTV and have been privileged to help grow that brand with years of award-winning campaigns that struck a chord in pop culture. We wish AT&T and their agency partners continued success."

Grey's work for DirecTV included the popular Rob Lowe ads, in which a creepy or hair Rob Lowe represented the cable version of the actor. The campaign branched out to include sports stars.

MEC released a statement saying: "We are of course extremely disappointed with this outcome. We had a strong and tenured relationship with AT&T, a rarity in this day and age. From winning the first ever Cannes Media Lion, the immense amount of talent driving forward so many award-winning industry-first innovations across digital and data, leaves us proud of the work we have delivered over the years together. We wish AT&T the best of luck in their future direction."

AT&T has a lengthy roster of agencies, and while the fate of each individual agency was not immediately known, the spokesman said "we'll continue to use some independent agencies where needed." A couple Publicis agencies, such as Razorfish and Sapient have also been on the roster, though their fate was immediately unclear.

The result is a big blow to WPP, although MEC earlier this month won the media account for Hertz in North America to act as the lead agency across the company's agency partners.

For Omnicom, the win not only lets BBDO keep its AT&T work, but brings in the DirecTV creative that had been at Grey. It's also a big coup for Hearts & Science, which officially launched earlier this year to house the Procter & Gamble media work, which Omnicom won the bulk of in December 2015.

The review is one of the largest to occur in years. Only Procter & Gamble spends more than AT&T in the U.S. In 2015, the carrier spent a total of $3.87 billion on both measured and unmeasured media, according to data analyzed by Ad Age's DataCenter.

Prior to the review and after AT&T acquired DirecTV in July 2015, the company had been holding a series of jump balls for project work, which often resulted in BBDO and Grey pitching against one another to create campaigns for projects.