This award-winning creative sucked at self-promotion, so his friends did this | Ad Age
Skip to main content

This award-winning creative sucked at self-promotion, so his friends did this 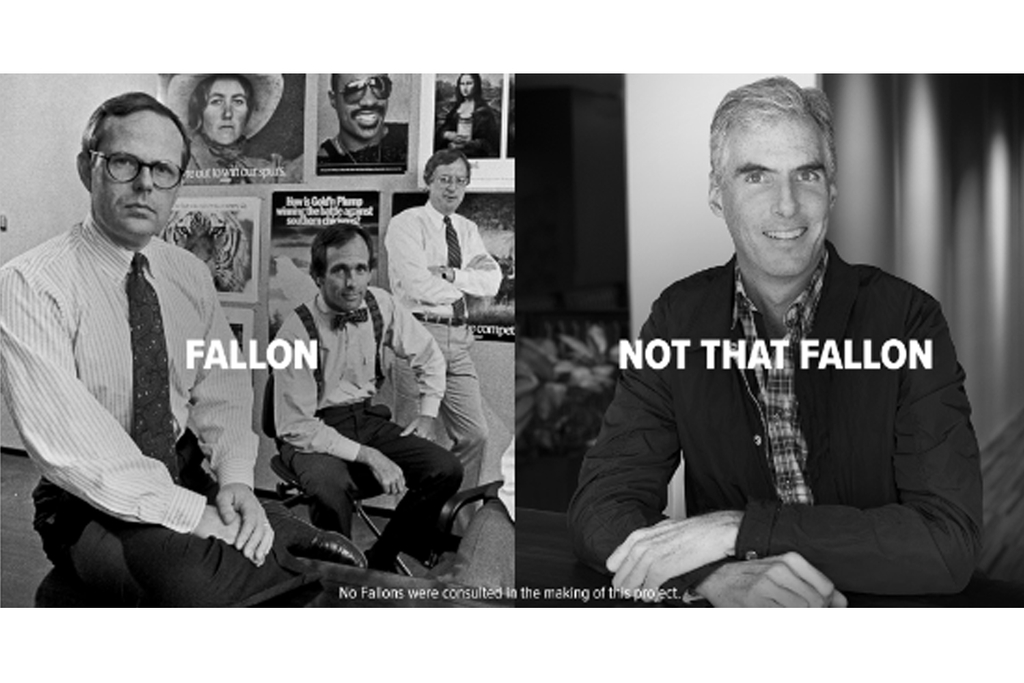 Credit: Not That Fallon

Award-winning freelance creative Joe Fallon has many credits to his name—among them, VW’s “Drivers Wanted” campaign, including the classic “Bubble Boy” spot in which an office worker stuck in a monotonous 9-to-5 rut sees hope in the form of a convertible Beetle.

Yet while he’s helped to make brands famous, he hasn't been great at getting his own name out there. According to Pete Shamon, a friend and fellow creative who’s worked with Fallon over the years, Fallon is a “serial non-self promoter.” While Shamon recently was having beers with Fallon and creative pal Pier Madonia at a Boston restaurant, Fallon mentioned that a headhunter told him he needed "to be more active on LinkedIn,” Shamon recalls.

Madonia then tossed out the idea: “You should brand yourself as ‘not that Fallon,’” joking about the surname Joe unfortunately shared with the famous Minneapolis agency co-founder (Pat).

The showoff-averse Joe dismissed the idea. But his friends didn’t let it go. Unbeknownst to him, Shamon and Madonia decided to give their friend’s LinkedIn presence a boost with this:

The post introduced viewers to "Not That Fallon," a “sub-brand,” as Shamon and Madonia call it, directing them to a website distinguishing between the two industry Fallons. One side directs viewers to the Minneapolis shop’s website, while the other, to Joe’s.

Above: Left is Fallon New York’s "Glen" spot for Starbucks, while right is Joe Fallon's VW ad "Bubble Boy," out of Arnold.

Above: Left is Fallon Minneapolis "Evil Beaver" spot for Miller Lite, while right is Joe Fallon's "Three Bears" ad for Hummer, out of Modernista.

Above: If you can't identify the left campaign, you need to brush up on ad history. On the right is Joe Fallon's out-of-the-box print campaign that promoted VW with perfume strips.

“Joe is a great writer/cd, and an awesome human being,” Madonia says. “But he sucks at self-promotion.”

“The fun part was doing all this without him knowing,” adds Shamon. “We honestly thought there was a chance Joe wouldn’t speak to us for a while when he found out about it. Fallon, the agency, wasn’t speaking to us anyway.”

As for Joe, “Traffic to my site is through the roof,” he says. “A lot of folks have reached out with really nice things to say about my portfolio and work history. Hopefully that other Fallon is feeling the same love.”

The experience also reminded him of the benefits of being a creative leader. “One of the best things about our business and CD positions as leaders is when a creative team comes in and blows your doors off with an amazing idea. But rarely do you expect yourself to be the brand. Promoting myself has never been top of mind. Luckily, I have some really good, talented friends who took it upon themselves to pick up the slack.”