Badger & Winters splits with Plan A and JC Penney 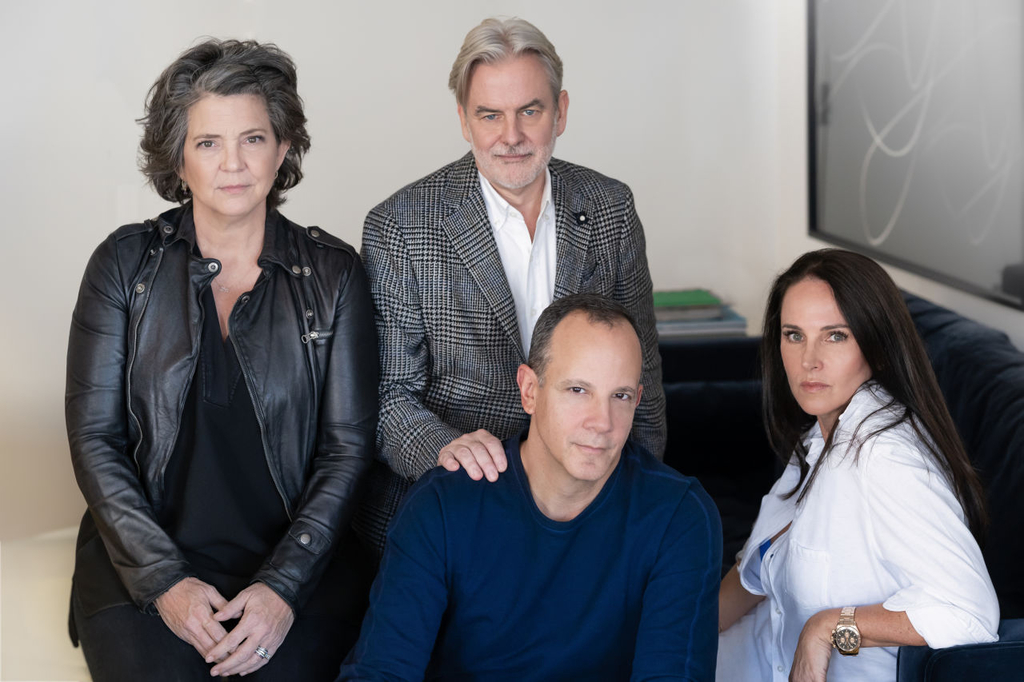 Madonna Badgers and Jim Winters with Andrew Essex and MT Carney last year when they agreed to a deal.

When Badger & Winters—the then-independent boutique shop thrust into the spotlight with its 2016 “Women Not Objects” campaign—was acquired by Andrew Essex’s and MT Carney’s Plan A last November, the industry raised a collective eyebrow.

The unconventional deal shone a light on both the "alternate" holding company founded by the ex-Droga5 executive and the former president of marketing at Walt Disney Studios, and the agency it acquired, known as a leading voice for female empowerment in advertising.

The Plan A model, described to Ad Age in a story at the time of the acquisition, was to form a loose federation of shops that maintain autonomy while allowing them -- rather than forcing them -- to work together. "It's not a typical acquisition," Badger & Winters President Jim Winters told Ad Age in November of last year. "We retain our autonomy and culture but ladder up to a greater value."

Badger & Winters received equity in Plan A but no cash, per the holding company’s model, but did not disclose any other details. According to Winters, the plan was for the agency to outsource its new-business efforts to Plan A while it focused on the work.

Now, less than one year later, Badger & Winters and Plan A are parting ways. Simultaneously, Badger & Winters is resigning as agency-of-record for struggling retailer JC Penney. Winters says the retailer "felt very severed" from the rest of its business portfolio, which is composed of brands that "have a purpose-driven story to tell."

"The work [JC Penney] needed from us was very transactional and felt very different from the work we were producing for other clients and what we wanted to be famous for in the industry," Winters says.

A JC Penney spokeswoman declined to comment. Winters says the retailer plans to take lead creative duties in-house. He says Badger & Winters will stay on the account through the fall.

As for Plan A, Winters said that the agency spent the first six months following the deal's announcement negotiating a contract with the holding company, and at the end of that period, did not feel as though its expectations were met to move forward. "We didn’t feel like the Plan A model was getting the momentum yet that we were hoping for in terms of bringing new business our way and bringing in other agency partners that would give the whole entity scale and value," Winters says.

"No plan ever survives contact with the industry," Essex said in a statement to Ad Age about the pact's dissolution. "We have great respect for Badger & Winters, but we came to the mutual conclusion that it just wasn't a fit. We're excited to share news on additional partners soon."

The first new Plan A partner is Helo, Ad Age's 2015 Standout Production Company that was founded by Managing Director Brendan Kiernan and Executive Producer Justin Moore-Lewy. Helo was behind Bud Light's foray into experiential with its Super Bowl "Epic Night" campaign and Allstate's "Mayhem Sale" that earned two silver Effies in 2016. "It turns out that our model requires super dynamic and extremely nimble talent, and we couldn't be more excited by Helo's modern focus on brand experiences," Essex said in a statement, declining to disclose financial details of the deal.

Moore-Lewy says Helo was attracted by the prospect of being able to scale the shop's creative under his new parent. He says he has been working with Plan A over the last 30 days to negotiate a contract and are currently "hammering out the last details."

Essex says Plan A has picked up LG and Spotify as clients recently, and poached Droga5 alum Steve Grant, most recently VP of behavioral and social science for Prudential Workplace Solutions Group. Grant will join Plan A as head of strategy.

Badger & Winters, meanwhile, is deciding to go the path ahead alone.

“The No. 1 thing for Madonna and me was not money or exits,” Winters says. “It was simply how to accelerate the good that we’re doing across more categories of business." That, he claims, is best done as a solo for the time being.

According to Winters, the agency that up until "Women Not Objects" worked exclusively in the fashion and beauty space with brands like Chanel, Coty, Covergirl and LVMH, has been garnering new business without the help of a parent in various sectors including finance and gaming. In the past few months, the agency picked up business from Olay, Zales, HP, Citi, Intuit, PepsiCo and Le Pain Quotidien.

Moving forward, Winters says the agency will be "select" in working with brands that have a "genuine commitment in the positive message" it has championed since "Women Not Objects," and sees automotive as an untapped sector ripe with opportunity. Plus, future deals are not completely off the table. "If the right deal comes along, we're open, and if not, we're great on our own," he says.