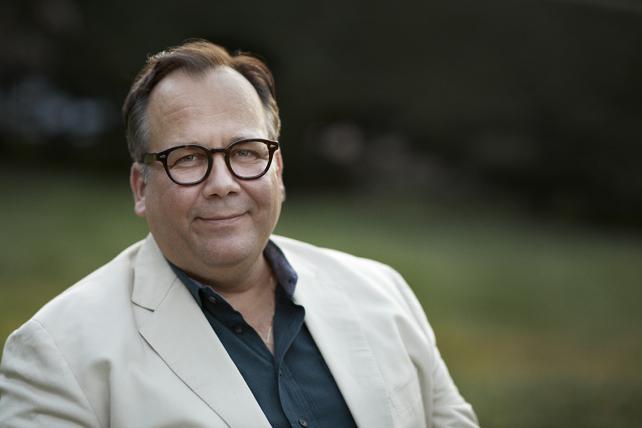 Karlsson most recently served as CCO of Ming Utility and Entertainment Group, the New York creative shop he co-founded in 2014. Until March of this year, he had also simultaneously served as creative chairman of Commonwealth McCann, overseeing Chevrolet, a role he took on after serving as chairman of global brands.

"When you strip it all down, I love people and I love building things," Karlsson says of the move, for which he'll relocate to Boulder. "I like that type of challenge and I can't stay away from it. Also, I feel like becoming a pirate again—that's what CP+B is to me."

Karlsson is known for shaking up the creative status quo—and for making bold jumps. After creating award-winning campaigns for Diesel out of Paradiset, he moved to the U.S. in 1996 to join Fallon, Minneapolis along with fellow Swede Paul Malmstrom. There, the pair famously became known as "The Swedes" and created iconic and, at times, controversial work for the likes of MTV ("The Jukka Brothers"), Lee Jeans ("Buddy Lee") and Miller Lite ("Evil Beaver").

In 2003, the duo left to co-found the U.S. office of London agency Mother, Mother New York, which became one of the industry's most daring players, with ideas such as billboards that were repurposed into actual products and event-themed spectacles for Target. In 2011, he made a surprise move when he jumped to McCann, tasked by then-CEO Nick Brien to help make the agency a creative player again.

"My objective is to make the work better," says CP+B Chairman Chuck Porter. "I think we're doing a lot of great work now, but I think as we've gotten bigger, we've gotten a little hierarchical. So my choice was either to go back to work or find someone who could help me do this—and that was a much more appealing proposition."

Karlsson says in co-founder Chuck Porter, a Minneapolis native, he feels a Midwest bond. "I love that he's from Minneapolis—Minnesota to me is my American home, and that's where I got my values and training. He has those same kinds of values."

The opportunity to work with Sollenberg helped seal the dea, he says. "I've known Erik for more than 20 years and partnering with him closes a loop. It's cool for me personally, emotionally, because in the summer of '96, before Paul and I moved to Minneapolis, we were asked to join Forsman & Bodenfors. We would have loved to, but we had just accepted the position at Fallon."

It's also a strange switch of roles, as Karlsson fills the post that had been most recently served by Rob Reilly, now Global Creative Chairman at McCann Worldwide. Karlsson says he's the one who had introduced McCann Chairman and CEO Harris Diamond to Reilly.

As part of Karlsson's hiring, MDC Partners firm Plus Productions has acquired Ming, and fellow Ming co-founder and CEO Brian DiLorenzo will step up to lead the former.

At CP+B, Karlsson will now oversee creative in its eight offices around the globe for clients including Domino's, Kraft Heinz, Fruit of the Loom, PayPal, American Airlines, Infiniti, the Hershey Company, Letgo and Hotels.com.