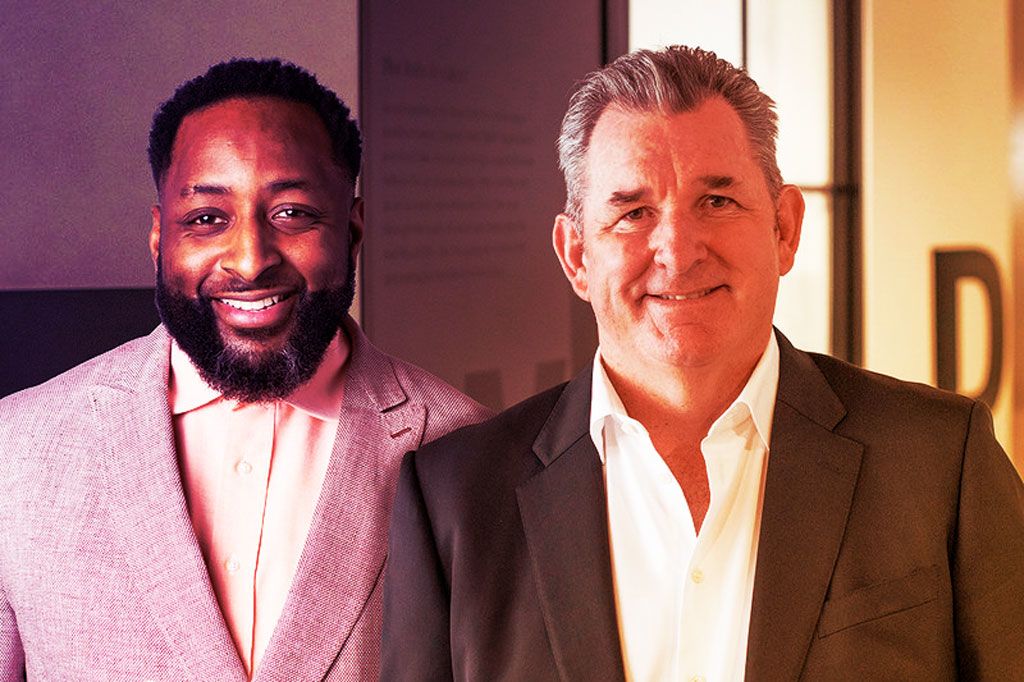 Omnicom Group-owned DDB Worldwide announced the appointments of Marty O'Halloran to global CEO and Justin Thomas-Copeland to CEO of North America. The two replace Wendy Clark, who held both roles before she left to become global CEO of Dentsu Aegis Network in April.

O'Halloran most recently served as the CEO and chairman of DDB Group in Australia and New Zealand. Thomas-Copeland was the global CEO of the Omnicom Precision Marketing Group (OPMG) network.

O'Halloran has been with DDB for over 30 years and has served as CEO of the agency's New Zealand region since 2001. He picked up chairman and CEO responsibilities across Australia and New Zealand in 2005.

Thomas-Copeland joined OPMG in November 2019 and was president and CEO of Rapp New York before that. Prior to Rapp, Thomas-Copeland was the CEO and chief creative officer of Wunderman Moscow (before the WPP-owned digital agency merged with J. Walter Thompson to become Wunderman Thompson). Thomas-Copeland spent more than 10 years at Wunderman, working also as the global client lead for companies like Nokia and Microsoft in the U.K.

The appointments come at a pivotal moment for the industry, when there is heightened pressure on agencies to tackle systemic racism and improve diversity within their leadership ranks and workforce overall, following the protests that have emerged from the wrongful deaths of George Floyd, Breonna Taylor and Ahmaud Arbery.

Still, while agencies and holding companies including Dentsu Aegis Network, Publicis Groupe and Interpublic Group of Cos.—spurred to action by nonprofit organization 600 & Rising—have disclosed the diversity makeups of their employee bases, Omnicom has not.

“There's clearly a lot going on,” Thomas-Copeland tells Ad Age. “We need to take a bigger view of that; think larger. I'm here to help DDB move forward and drive value for their clients' businesses. The world is changing. Culture is emerging. Any forward-thinking company needs to be in-tune with that.”

Coming from a precision-marketing background, Thomas-Copeland says his focus will be to build a team at DDB that can “crack the code” on how to effectively merge creativity with data and analytics, saying this has been his “passion.” He says data allows for people to go “broader and deeper" into "consumer insights and human understanding” to inform creative. “I don't know a creative who doesn't want to go broader and deeper into that,” Thomas-Copeland adds.

Thomas-Copeland says in the current environment, when the industry is confronting a global pandemic as well as systemic racism and brand safety issues plaguing tech giants such as Facebook, there is a need to be “open-minded. It's a tough time and a very unique time. We all have to adapt,” he says.

Thomas-Copeland and O'Halloran assume the responsibilities held previously by Clark, who joined DDB from Coca-Cola in 2016 as president and CEO of North America. In February of 2018, she added CEO of DDB Worldwide to her remit.

But, in September 2019, McDonald’s announced it had severed its relationship with DDB and sent its lead creative account instead to Wieden+Kennedy New York. After that, State Farm announced in November 2019 it was also switching up its agency roster, naming Omnicom’s Marketing Arm as lead creative agency. Then, in January of this year, DDB announced the loss of longtime client Capital One, dealing yet another blow to the agency.

Thomas-Copeland declined to comment on “past leadership" but says DDB has to “remain motivated” and he will be focused on “looking for opportunity and growth” going forward.

After Clark left DDB in April, Omnicom Group CEO-Chairman John Wren commented on a subsequent earnings call that he was “off-put” that she would “move on in the middle of a crisis.”

“At Omnicom, we place considerable emphasis on succession planning which is why we continually invest in our talent,” Wren said in a statement on the new DDB global leadership. “Marty and Justin are well known within Omnicom as transformative leaders with unique insight into creating successful global brand experiences. With their leadership and commitment, I am confident that DDB is well-positioned for success.”

Correction: A DDB spokesperson inaccurately said Thomas-Copeland is the agency's first Black CEO, which was noted in an earlier version of this story. An Omnicom representative later clarified that the first Black CEO was Practice Area CEO Stacey Hightower. This story has been updated.