Tomorrow is the deadline for Ad Age's 2019 Creativity Awards 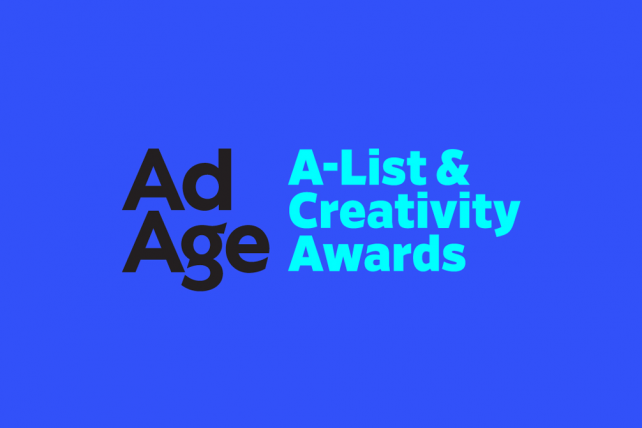 The deadline for Ad Age's Creativity Awards is tomorrow, Jan. 8 at 5pm EST.

The awards honor the top forward-thinking leaders, agencies and creative innovators in the marketing industry today.

The long-running Agency A-List is handpicked by the editorial staff at Ad Age, who comb through hundreds of submissions every year before settling on an Agency of the Year and nine more honorees.

We've also expanded the A-List this year to include new categories:

Now in their third year, the Creativity Awards highlight outstanding work, people and tech in categories including Campaign of the Year, Creative Director of the Year, Best Work for Good, Consumer Product of the Year, and Startup of the Year. Juries comprising respected veterans from the agency and brand world, convened by Ad Age, will choose finalists and winners.

Ad Age Agency A-List winners and Creativity Awards finalists and winners will be published in Ad Age. All winners will be jointly recognized at a gala held in New York in April 2019.

Because creativity and innovation is always changing, we have added new categories this year.

In addition to the new Agency A-List honors, for the Creativity Awards we have added:

Get complete details on categories, deadlines and pricing, or begin your submissions, on the Agency A-List & Creativity Awards entry site.