If I knew then what I know now ... I'd work fewer weekends | Ad Age
Skip to main content
Sign In Register

READ THIS NEXT
Audiences are leading the lean-back media revolution. Where are the advertisers?
Credit: istock

If I knew then ... is a weekly series of essays by small agency founders and executives about what they learned starting out their businesses.

As I look back over my (almost) 40-year career in the business of advertising and marketing, I often recall a line we all lived by when I worked as a young art director at Chiat/Day back in the mid-1980s.

"If you don't come in on Saturday, don't bother coming in on Sunday," we used to say. Another maxim of those halcyon days was the nickname we gave the shop where we so feverishly toiled: ChiatDayNight.

The implication of both aphorisms was obvious. We worked weekends, we worked nights—often overnights. We worked an awful lot. It was a work ethic that stayed with me for years.

So when I started my own agency, it was that mindset I brought to the task. However, now I realize I was only half-right.

The occasional all-nighter can actually be fun, and we still do them at my shop. Not as often as in the early days, but more often than you might think. I've actually found that all-nighters can be profoundly productive, and sometimes it's during those middle-of-the-night sessions that truly brilliant work is realized.

But we try to avoid working weekends as much as possible.

Why? Because the advertising business, like life itself, is really all about time. In the agency business, a staff member's time is sold to the client. Sure, there's a creative "product" at the end of the day, but that product is the result of people taking time to create it. And the client is charged on the basis of how much time it takes to deliver the merchandise.

I've come to view weekends as refueling time—not for the agency and the work we do, but for ourselves. Time to rest, time to think about things other than work, time to spend with our families. Time for ourselves. I believe weekends are there for a reason. They're like mini-Labor Day holidays when we're rewarded with time off to celebrate the work we do during the week. Weekends are time to cherish and take stock. They help us gain and maintain perspective and sometimes even remind us not to take ourselves, or our work, too seriously.

Does this attitude make me a lazy, burned-out old man beaten by the rigid demands of the advertising business? Far from it. Since I've taken this attitude toward weekends I've found that I'm better at my work than ever. My new-business pitches are stronger and I'm more prepared to transform good work into great work than when I was 20 years younger.

I could go on about this, but I think you get my point. Besides, I'm writing this late on a Friday afternoon, and, well, you know…

Matt Smith is CEO and co-founder of SmithGifford 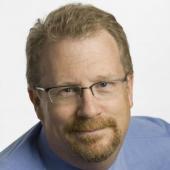