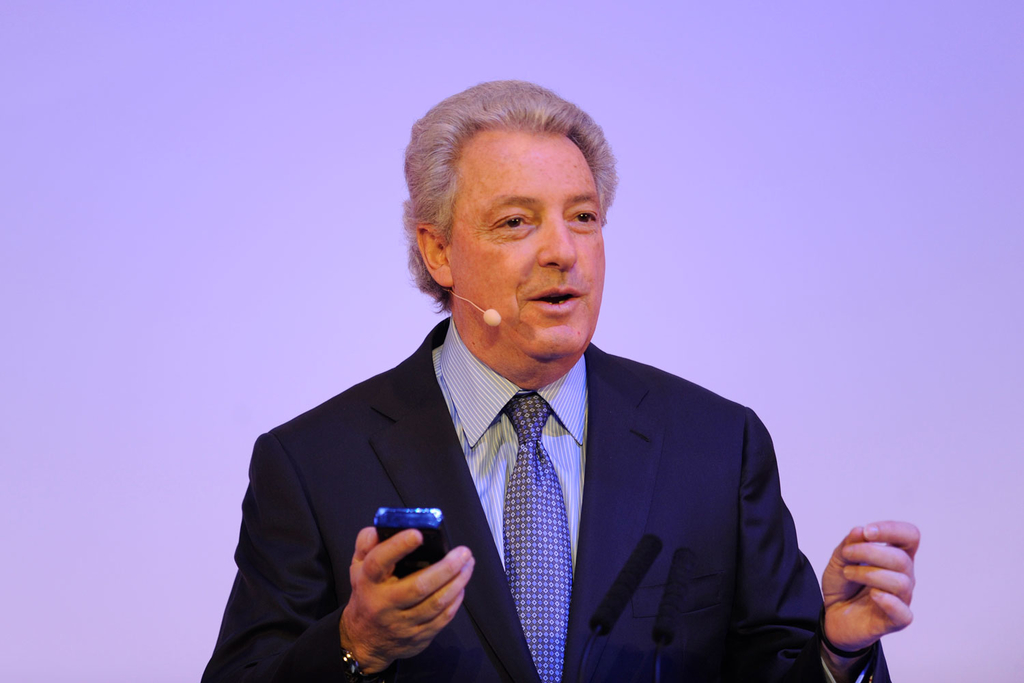 Michael Roth, chairman and chief executive officer of Interpublic Group of Cos., speaks during a keynote speech at a past Mobile World Congress.

It’s fair to say Michael Roth is having a better day than Mark Read.

Both Roth’s IPG and Read’s WPP announced earnings today, and the contrast was stark:

IPG, on the other hand, trumpeted an organic growth story in its earnings call this morning. First quarter net revenue organic growth was 6.4 percent worldwide, reflecting 5.7 percent growth in the U.S. and 7.7 percent growth outside the U.S. Worldwide net revenue, including data giant Acxiom, acquired by IPG in October of last year, increased 13.0 percent to $2.0 billion.

To be sure, investors found reason for optimism in prospects for both WPP and IPG. WPP shares today were trading up 5.4 percent; IPG's stock was up 5.3 percent this morning, near its 2019 high.

“While the first quarter is our smallest seasonal quarter, our year is off to a very solid start,” said IPG Chairman-CEO Roth on the earnings call. He credited in part the holding company’s “open architecture,” strength in its health care offerings and its data assets in Acxiom. The company is forecasting 2 to 3 percent worldwide organic net revenue growth for the year, which Roth says is “at the high end of our sector,” and noted that the forecast includes accounting for client losses late last year that IPG said have yet to impact results.

“Given the headwinds we will be facing, as well as the fact that we will be comping against industry-leading growth rates, targeting competitive organic growth performance speaks to the strength of our underlying offerings,” said Roth. Standouts mentioned on the call included IPG’s Integrated Agency Networks segment, which had organic net revenue growth of 7.4 percent.

Roth said the company is seeing good results from its size and ability to offer a range of services through a collaboration of all its shops. “We are sitting in a room with FCB, McCann, Weber Shandwick all filling clients’ needs,” said Roth, adding that if a client isn’t happy with one shop “they can look to the rest of IPG.”

When asked about consultancies and his take on Accenture Interactive’s acquisition of Droga5, Roth conceded that consultancies are a “force,” but that IPG does not come across them much in RFPs and that the competition with them is mainly in business transformation work, which is an area of focus for IPG's R/GA and where what he calls “hidden pitches” occur. “We compete with Accenture, we compete with Droga,” he says. “In fact, the win McCann had with ADT—one of the competitors was Droga.”

He also indicates that it might take awhile before any impact from the Droga5 deal is felt. “One of the issues that consulting firms have is they make our silos look like a cakewalk. Watching them integrate Droga will be interesting to watch,” says Roth, adding that there wasn’t much integration between Droga5 and WME, which previously had owned a minority stake in the agency.

And when asked about the impact of Publicis Groupe’s $4.4 billion pending purchase of Epsilon, Roth indicated that integration may take some time as well, adding that his rival’s acquisitions of data companies in the past “hasn’t exactly been stellar.”

Roth said that the holding company's strategic landscape has changed in the last few years. Five years ago, all the holding companies were similar, he said, "when one did something they all did the same." Now, he said, "There is disparity in their go-to-market strategy for the first time."