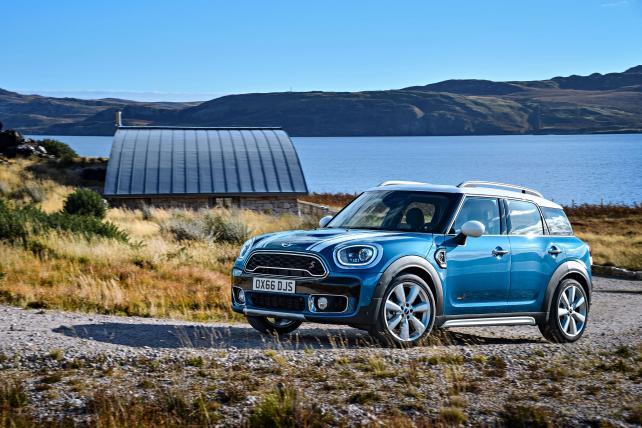 Mini has hired a new agency team as it takes a more personalized marketing approach to pump up its small cars in today's SUV world. After a lengthy review, Pereira & O'Dell won creative, while 360i took digital, social media and customer relationship management with data assistance from Merkle.

BMW-owned Mini began the review in the spring and considered a long list of agencies. Executives even took some of the shops to a California racetrack so they could become more familiar with the small car brand that was born in post-World War II Britain amid soaring gas prices. Today, with consumers in recent years enjoying low gas prices in the U.S., Mini must regain relevance as more buyers gravitate to larger trucks and SUVs. The answer, according to Mini USA brand communications head Patrick McKenna, is more targeted, addressable marketing.

"This really is a niche brand with 0.3 percent market share in the United States," McKenna says. "So we are looking for personalized messaging, personalized experiences. We feel like we have the ability to do that as a niche brand. The agency review process really brought together two excellent partners that really bring creativity and addressability together brilliantly." He notes that 360i and Pereira & O'Dell's New York offices are a nine-minute walk apart, so "so we're definitely looking for a high spirit of collaboration."

Incumbent creative shop Butler Shine Stern & Partners resigned the account before the review began. Finalists included RGA, Anomaly, Code and Theory, Gale and Johannes Leonardo, which pitched in collaboration with KKLD, according to McKenna, a longtime Mini employee who assumed the marketing post in May. Anomaly and Johannes Leonardo dropped out on their own, he confirmed. Beam Interactive, Mini's incumbent digital shop, will remain on its roster until year's end and could continue after that on a project basis, McKenna says. The new agencies start Oct. 1. The review was managed by The Burnett Collective.

Mini's goal is to use its first-party data to send highly targeted, timely messages via search engine marketing and other digital methods, McKenna says. For instance, Mini wants to "serve a car enthusiast a high-performance message and an environmentalist should get a plug-in hybrid message," he says. The brand will begin showing elements of a new campaign later this year in support of a sales initiative, with a more robust campaign launching in 2018.

Mini, like other small-car centric brands, has battled sales headwinds amid the truck and SUV boom. The brand got a little bigger in March when it began selling its all-new Countryman that was redesigned to be longer and wider than the outgoing version of the small crossover. U.S. sales of the Countryman were up 2% in the first eight months of the year to 9,191 vehicles, according to Automotive News. But sales of the Mini Cooper fell 15.5% to 21,860 vehicles, leading to a total sales decline of 11% for the Mini brand.

Pereira & O'Dell did the best job articulating Mini's "sense of purpose," McKenna says. Mini's roots date to 1957 when Sir Leonard Lord of the Morris Company and his top engineer, Alec Issigonis, aimed to create a small, fuel-efficient car as the Suez Crisis sent gas prices soaring in post-World War II England, as the brand notes on its web site. The car debuted two years later and by 1969 more than 2 million Minis had been sold globally.

McKenna describes Mini's original purpose as providing affordable mobility for the people of Great Britain and beyond. "That mission is still really the same today. It's just getting people to appreciate how Mini offers things that other car companies don't," he says. He cites Mini's "creative use of space" that makes it roomier inside than its outside appearance would suggest. He also touted the brand as fun to drive. "That underdog spirit is alive and well today for this brand. Yeah, we are a little smaller. But you really give up nothing," he says.

In late May, Mini flew agency finalists to BMW's performance driving school and racetrack in Thermal, California, where they got behind the wheel of Mini's high-performance model, known as John Cooper Works. Agency employees drove at high speeds and even competed in a few rounds of timed laps. "That's where we did our briefing. That's where we explained the state of the brand, the state of the business," McKenna says. "Even though you have this competitive nature of these agencies, they came back high-fiving each other because they are blown away by the experience."

Butler Shine Stern & Partners, however, was not so blown away by working with Mini. When the agency resigned the business it cited BMW's "aggressive cost-cutting and procurement-mandated reviews." The agency stated that the consolidation of the media business for BMW and Mini under Interpublic Group's UM led to "reduction in staffing" and "contributed to the financial challenges of managing the business profitably."

McKenna responds that "we are definitely not cutting costs." And he defends the company's practice of conducting agency reviews every three to five years. "I actually think that is a healthy time frame for reviewing agency partners when everything around us is moving so quickly."