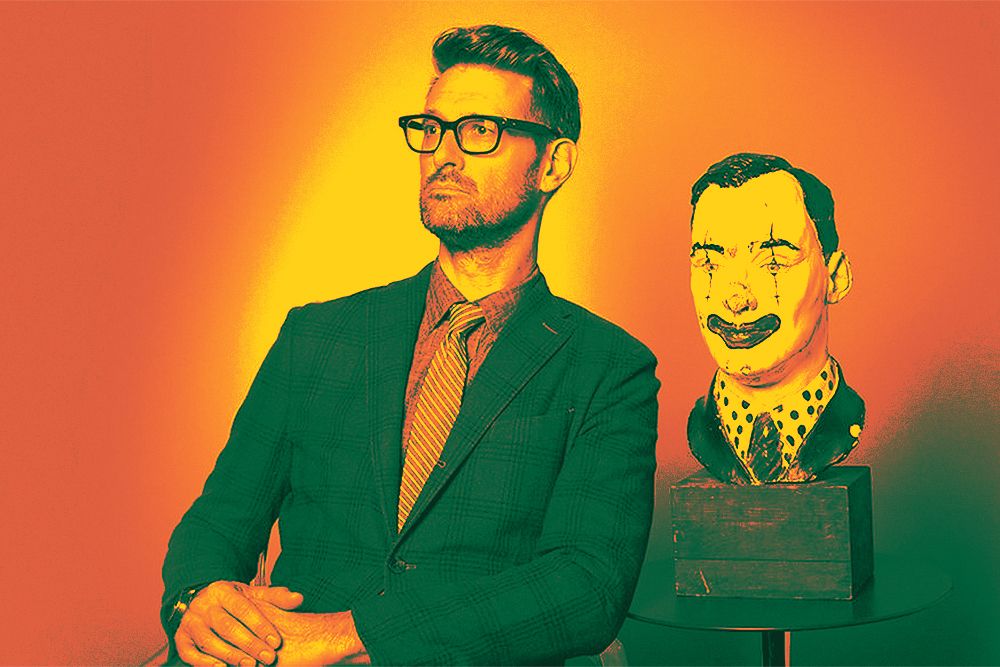 John Matejczyk is leaving the agency he founded 12 years ago.

Muh-Tay-Zik / Hof-Fer Co-Founder, CEO and Chief Creative Officer John Matejczyk is leaving the agency. Matejczyk, who originally started the San Francisco-based agency as Muh-Tay-Zik in 2008 before Chief Strategy Officer Matt Hofherr joined in 2010, said in a statement he is stepping down to “turn my creative pursuits towards directing.”

According to the VCCP Group-owned agency, Matejczyk will “move away from his day-to-day leadership position into a non-executive chairman role through the end of 2020, before transitioning out of the advertising side of the industry.” In the interim, Muh-Tay-Zik / Hof-Fer said Executive Creative Director Joel Kaplan—who was elevated to partner alongside Director of Client Services Carolina Cruz-Letelier earlier this year—will take over lead creative responsibilities. Hofherr, Cruz-Letelier and Kaplan will together pick up Matejczyk's CEO duties.

“After three full decades of an intense advertising career, I’ve decided to take the next step,” Matejczyk said in a statement. “As we celebrate a decade of [the agency] and five years as part of the VCCP Group, it’s a natural inflection point. I’ve loved this crazy, wonderful business and all of the awesome people I’ve gotten to work with, especially here. It’s time for me to take a breath and join my loving and supportive wife for a reprieve before turning my creative pursuits towards directing. I know. How cliché.”

In an interview, Matejczyk told Ad Age that he is currently getting his director's reel together so “maybe someone will someday hire me.” Matejczyk has shot some of the ads Muh-Tay-Zik / Hof-Fer has created for clients. He said he also has a personal project for a film idea in the works that for which he is currently developing a trailer.

Matejczyk insisted he is leaving the agency on “good terms” and that his departure is not reflective of any inner turmoil.

Two people close to the matter, though, told Ad Age that there has been tension between Matejczyk and Hofherr for the past few years over their different styles of managing the business. One person described Matejczyk as the "creative" brain and Hofherr as the "business and accounts" guy. That person said the two have been drifting away from each other.

Matejczyk called those claims "absurd" in an emailed response. "Part of our magic is we have different styles. And our track record together speaks for itself," says Hoffer, adding that the pair worked on a pitch deck together yesterday.

The shop had set its sights on expanding globally, with the help of VCCP—the London-based company acquired Muh-Tay-Zik / Hof-Fer in 2016. Contractually, the one person said Matejczyk and Hofherr were obligated to stay with the agency for a few years following the VCCP acquisition but that it wouldn't be surprising to hear, once that obligation was carried out, one of the execs would leave. The agency has since opened a New York office, which is branded as VCCP, but no international offices.

Matejczyk first started Muh-Tay-Zik / Hof-Fer in 2008, when it was then just Muh-Tay-Zik. The agency took on its longer phonetic name when Hofherr joined two years later; but that wouldn't be its last rebrand.

In October 2018, Muhtayzik Hoffer ditched the phonetic spelling of its founders' tough-to-spell last names, rebranding to M/H VCCP, following its acquisition. At the time, Matejczyk said that the original name was hard for clients to spell, people to pronounce, and publications like Ad Age (formerly) refused to format it to the agency's preferred style of breaking it up by syllable. Matejczyk also said M/H VCCP more clearly communicated its affiliation to its parent.

Then, in January of this year, Muh-Tay-Zik / Hof-Fer was back, at least in San Francisco (its New York office remains VCCP). Hofherr and Matejczyk said at the time that the decision to change the name back was, again, not reflective of internal turmoil but was a result of clients continuing to call the agency Muh-Tay-Zik / Hof-Fer.

As of this time, the agency said it has no plans to change the name to reflect the departure of Matejczyk.

“John has built up Muh-Tay-Zik / Hof-Fer into a fantastic agency over the last decade and should be truly proud of the iconic work he has created and the agency he founded,” VCCP CEO Adrian Coleman said in a statement. “He leaves the agency in great shape and excellent hands and we all wish him every success in the next chapter of his career. He will be greatly missed.”

The agency has worked with clients like Audi, Google, Netflix, Staples, DoorDash, StubHub and Lyft, among others. It is behind notable work such as Audi's "Think Faster" campaign that somehow convinced celebrities Elizabeth Banks and Adam Scott to ride shotgun in an Audi sports car zooming at about 130 mph around a California race track while answering questions live from Reddit users. Muh-Tay-Zik / Hof-Fer is also behind the 2019 cross-industry initiative for the National Center of Missing & Exploited Children “Runaway Train 25,” which the agency said helped bring home dozens of missing children.

Before founding Muh-Tay-Zik / Hof-Fer, Matejczyk was a creative director at 180 Amsterdam for clients Sony and Boost Mobile; ran the Mars business which spanned brands Snickers, Skittles and Starburst at TBWA\Chiat\Day; and ran the Miller Lite account for BBH New York. He's held other creative stints at agencies Goodby Silverstein & Partners, Fallon Minneapolis and Y&R Chicago (before it became VMLY&R).

When asked what he will miss the most about advertising and Muh-Tay-Zik / Hof-Fer, Matejczyk says, “the larger-than-life personalities; I have worked with the zaniest, craziest people and I have never laughed so hard in my life.” As for the leadership team he's leaving behind, Matejczyk said the trio of partners have “natural leadership skills so I think they will do just great.”