The suit, which alleges wrongful termination, is supported by the Time's Up Legal Defense Fund
READ THIS NEXT
Young Creatives: Thursday is the deadline for Ad Age’s annual Cannes Lions cover competition 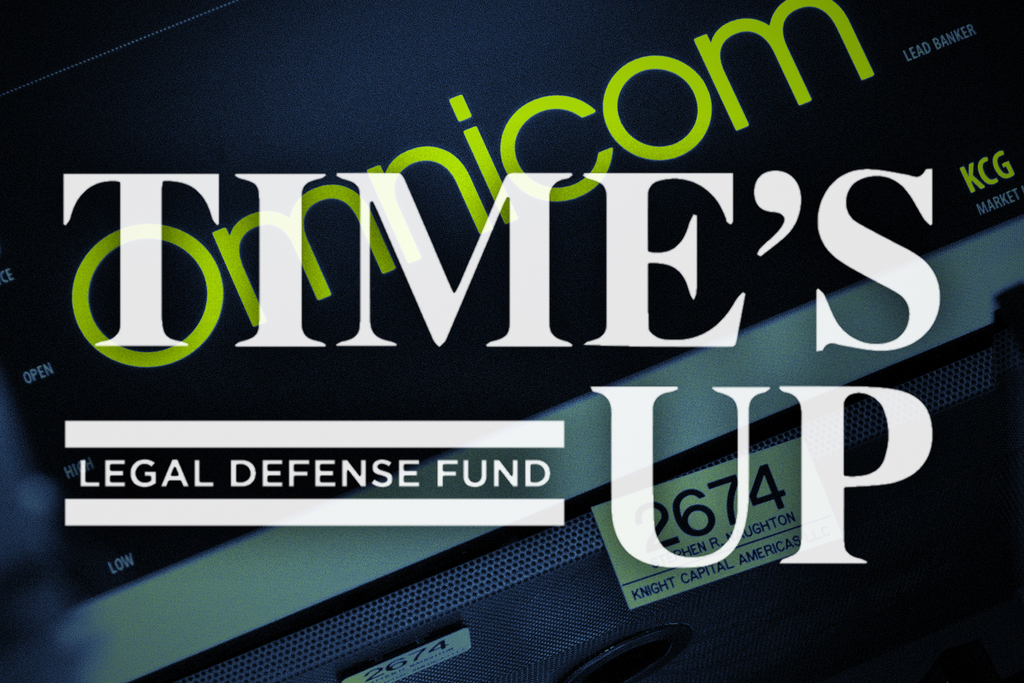 A creative director who worked at DDB agency TracyLocke until last year is suing her former agency and its holding company, Omnicom Group, for sexual harassment and wrongful termination.

The suit, filed Thursday in the U.S. District Court for the District of Connecticut by Karen Dunbar, now director of content marketing at Stifel Marcin, also includes charges of gender discrimination, discriminatory pay and promotion and retaliation for her opposition to these practices. She is seeking compensatory and punitive damages, injunctive and declaratory relief and legal and equitable relief in unspecified amounts.

In 2015, Dunbar, then a writer with more than two decades of experience in advertising, took a position as an associate creative director with the TracyLocke office in Wilton, Connecticut. The agency is based in Texas and has offices around the world. The suit alleges that she was stymied in her efforts to be promoted past the position of creative director, despite her high-quality work and her eventual role as lead on the agency’s HP account.

During her tenure, Dunbar also says she was belittled, characterized as a “nagging wife” with “strong opinions” and made to feel like a sex object. In one meeting at DDB, she was seated close to a client, “so there’d be somebody sexy, young and pretty” next to him, she says her superior told her afterward. The suit also alleges verbal abuse from multiple men at the agency and unwanted massages and touching in the office.

Another male TracyLocke executive encouraged subordinates to use the word “cunt” during a meeting at BBDO San Francisco, according to the filing. (BBDO employees were not in the room at the time.) It also alleges documentation and reports made to superiors at TracyLocke and human resources at Omnicom resulted in little or no action against perpetrators.

A few weeks after Dunbar tried to organize women in the office to challenge these issues, she says she was accused of disloyalty and fired. "TracyLocke just received the complaint and is in the process of reviewing it," an Omnicom spokesperson told Ad Age. "Ms. Dunbar raised these allegations to the company for the first time after her termination. We then conducted a thorough investigation into the allegations. We were and continue to be confident that the allegations do not have merit and that TracyLocke maintains a safe and supportive environment for women and all employees to work."

The suit is supported by the Time’s Up Legal Defense Fund, an initiative of the National Women’s Law Center that provides resources to people who have experienced workplace harassment, including lawyers and funding. Dunbar met her lawyer, Kerrie Campbell, founder of KCampbell-Law, PLLC in Washington, D.C., through Time’s Up. The fund is helping with the costs of the PR firm on the case, BerlinRosen.

"It is no secret that there is enormous and pervasive inequity in our business, which is why the advertising industry is one place where we concentrate our work. This case shows how issues of safety and power at the workplace are inextricably, irrevocably intertwined," Christena Pyle, executive director of Time's Up Advertising told Ad Age.

Sexual harassment lawsuits in the industry rarely become public, as non-disclosure agreements prevent accusers who accept a settlement from speaking out. The industry’s most visible suit thus far, brought in 2016 by Erin Johnson, former chief communications officer at J. Walter Thompson, took more than two years to work its way through the courts.

Frustration at the pace and secrecy of repercussions for often serial harassers in the industry led to the creation of Time’s Up Advertising last year, an offshoot of Time’s Up, established in the wake of #MeToo scandals in the entertainment industry.